10 Happiest Countries in the World, According to the United Nations

The 2017 UN World Happiness Report lists out the happiest countries in the world. While India comes in at number 122, here is a look at the ten countries that did come out on top. Norway predictably tops the list, followed by Denmark and Iceland.

It is said that happiness cannot be defined, but the folks at the UN would like to happily disagree with that notion. Since 2012, the organization has been publishing an annual report that ranks countries in the world based on their happiness level. This year’s report saw India drop from an average rank of 118 in 2013-2015 to rank 122, which is pretty predictable, all things considered. If you want to travel to a place that is happier, you could try out these 10 happiest countries in the world. These countries ranked the highest in generosity, freedom, caring, health, honesty and good governance, along with, of course, income. ALSO READ: 10 most reputed cities in the world!
Also Read - Coronavirus: New Zealand PM Acts After 'Idiot' Health Minister Violates Lockdown Rules 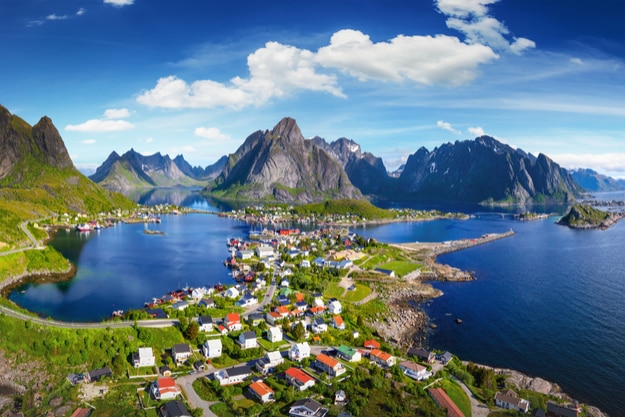 The village of Reine under a sunny, blue sky, with the typical rorbu houses, Lofoten, Norway

Norway, last ranked fourth in the last, goes up to the top position, and there are plenty of reasons why this is such a happy country. The chance to watch the northern lights from Svalbard and up north would make anyone happy. And then there is the vibrant culture of the place, the incredible landscape, the Jotunheimen National Park and much more. Also Read - Australia: Coronavirus Cases Rise to 4,800, Death Toll Touches 21 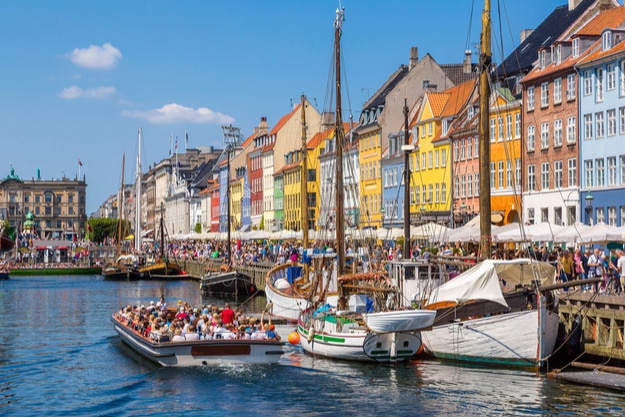 Nyhavn pier in the Old Town of Copenhagen, Denmark, in a summer day

Denmark has been at the top of the list for years, but it has now dropped down to the second rank after its northern neighbor Norway nestled into its spot. Still, second rank is not bad at all. Denmark is one of the beautiful Scandinavian countries, with its scenic islands, tough-to-pronounce town names and cobblestone streets. ALSO READ: 10 bright and sunny photographs of Denmark that show why it is the happiest place on earth Also Read - Australian PM Announces $130 bn Package to Support Wages as Coronavirus Deaths Reach 18 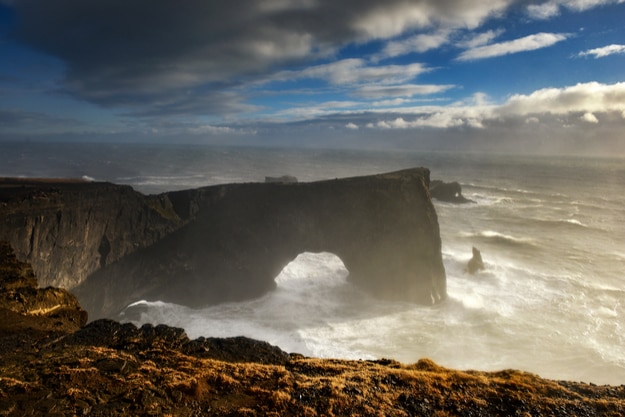 The landscape on the coast of Vik, Iceland

Coming in at number three is Iceland, where you have one of the lowest crime rates and highest quality education. The capital city of Reykjavík perfectly sums up the friendly culture of the country, and Iceland has plenty of natural wonders as well, like the Westfjords. There are also the Snæfellsjökull and Vatnajökull national parks, the Maelifell Volcano and the Skaftafell Ice Cave. 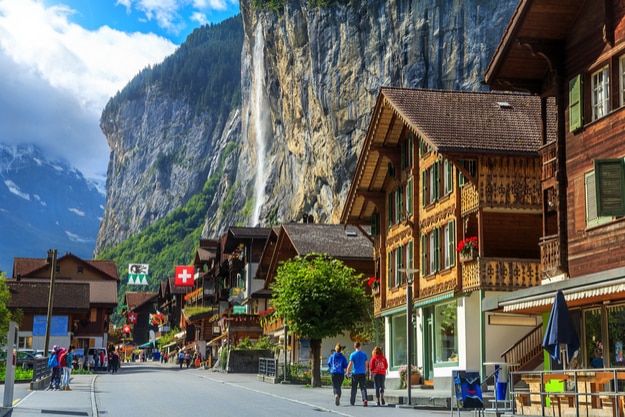 Switzerland is known across the world as the land of chocolate and romance, but it has always been a country that is happy in itself. Its beautiful cities with their old-school charm, rich culture and towering Swiss Alps bring in plenty of people every year, even Ranveer Singh. With those killer views, delicious food and rolling valleys, Switzerland can charm anyone and everyone. 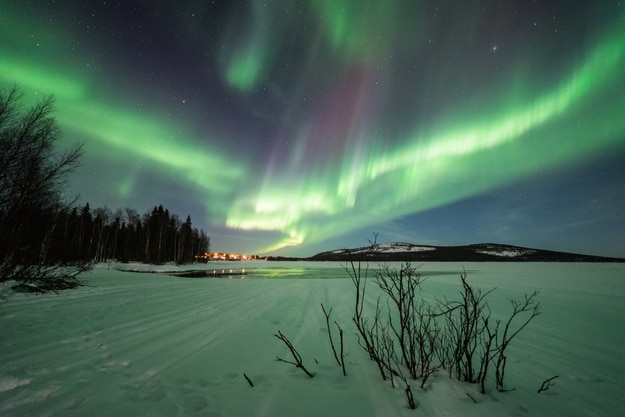 Coming in at number five is Finland, another Scandinavian country just beside Norway. Its national parks, rivers and lakes support a beautiful natural ecosystem with tall forests and a rich variety of flora and fauna. Apart from the forests and lakes, Finland also has a bustling cosmopolitan atmosphere in its southern cities, especially its capital Helsinki. With oodles of style and some of the best cuisine in the region, no wonder Finland is so happy. 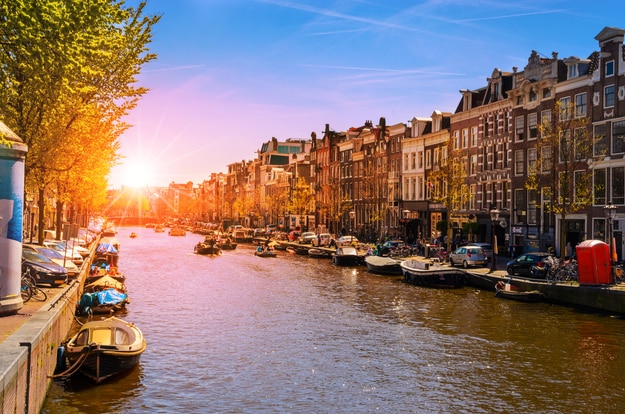 Traditional old buildings and and boats at the sunset in Amsterdam, Netherlands

The relatively tiny state of Netherlands packs quite a bit of energy and excitement for its size. While you may not find as many natural marvels as you would in other parts of Europe, Netherland does offer an unrivaled urban experience. Its streets are always full of energy, and the people are visibly upbeat and happy. Amsterdam in particular is a hotspot, famous for its architecture and cuisine. ALSO READ: Want to watch real mermaids swimming in pools? Head to The Netherlands! Canoeing on Emerald Lake in summer at the Yoho National Park, Alberta, Canada

We take a break from Europe to head across the Atlantic to Canada. The massive country has plenty to offer to the intrepid traveler, from adventures in the Rockies to exploring the historical points of Old Quebec. The key word here is adventure; Canada has some of the best hiking, rafting and adventure trails in the world, and it would be a shame to not get a taste of it if you head there. 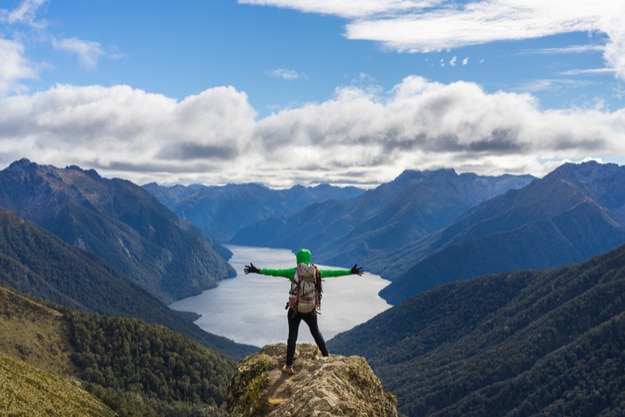 New Zealand’s vast landscape is so different from anything else you will find that it was used as the setting for the fantasy series Lord of the Rings. Its fjords, lakes, beaches, forests and hills spread across hundreds of kilometers, far from the frequent calls of civilization. If you want a destination where you want to lose yourself, look no further than New Zealand. 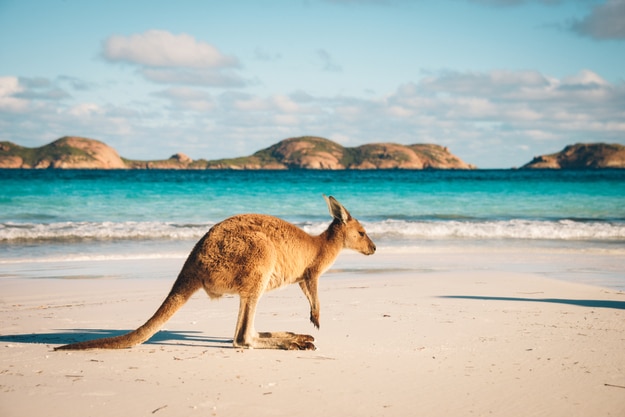 Ranking at number nine is Australia, a country that is perfectly happy in its wildness. It has thousands of miles of barren desert, lush rainforests and pristine coastline, home to a range of wildlife you will not find anywhere else in the world. Fittingly, the Australians you meet in the cities are also unlike anyone else you would find in the word. Stunning, extraordinary and surprising: those are just a few of the worlds you can use to describe this country. NOW READ: 10 spectacular photos of the best sightseeing spots in Australia 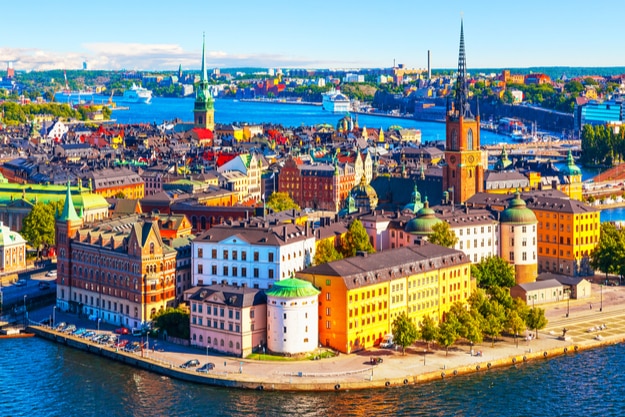 To round off this list, we head back to Europe again. Sweden comes in at number ten, which means that the Scandinavian region is pretty much the happiest part of the world now. Like its Nordic siblings, Sweden offers a similar frozen landscape, complete with medieval castles, cities and fortresses. Like Canada, its biggest selling point is its unrelentingly beautiful terrain, where you can go hiking, mountain biking, boating and skiing, among other things.