10 haunting photographs of creepily abandoned places from around the world

From an abandoned city in Ukraine to an amusement park that lies unused to a diamond mine that has run dry -- these pictures of abandoned places around the world are almost unreal.

What do a nuclear town of Pripyat in Ukraine, a diamond mine in Russia, a hotel in North Korea and a railway station in North Korea have in common? Every single site in this list that follows below has been abandoned for some reason or the other. And this just makes them hauntingly beautiful in a way that no words can explain. So, without any further explanations, we bring you photographs of these 10 abandoned sites from around the world. Also Read - 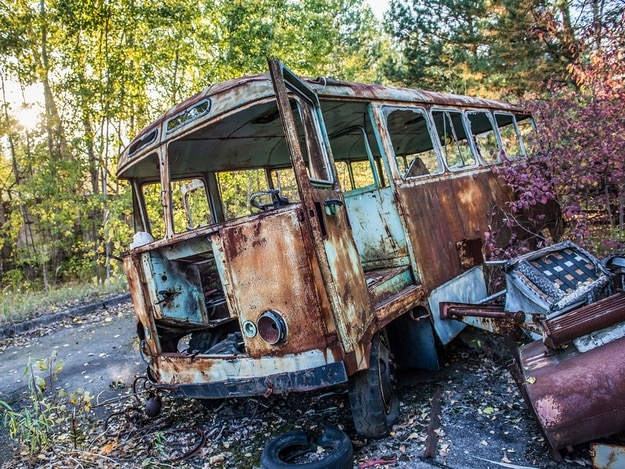 Pripyat once had a population of close to 50,000. Following the accident at the nearby Chernobyl nuclear plant in 1986, the town had to be abandoned almost overnight. Also Read - Delhi Police Detains Over 3,000 Violators of COVID-19 Lockdown, Then Lets Them Off With Warning 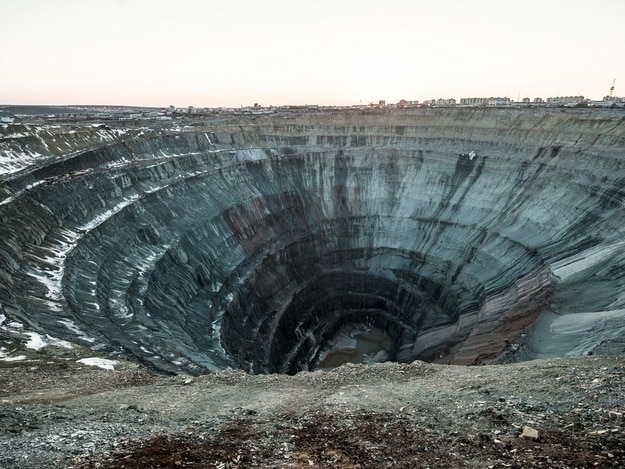 The Mirny Diamond Mine is the second largest manmade home in the world after the Bingham Canyon Mine near Salt Lake City in the USA. Constructed to meet Soviet Union’s demand for industrial diamond, the mine was abandoned altogether after it became way too difficult to continue digging. 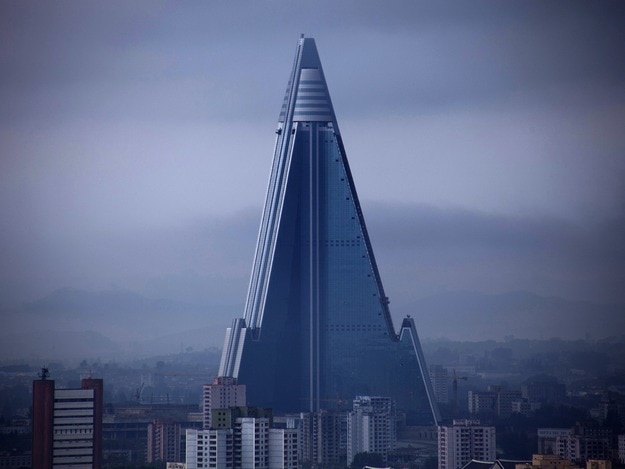 The Ryugyong Hotel is a classic example of just how ridiculous things can get in North Korea. Work on this 105-storey building was abandoned when a huge famine hit the country. 16 years after it was abandoned, work began again in 2008 and $150 million-worth of glass was used to coat the hotel’s exterior. Even so, the Ryugyong Hotel remains incomplete… and abandoned. 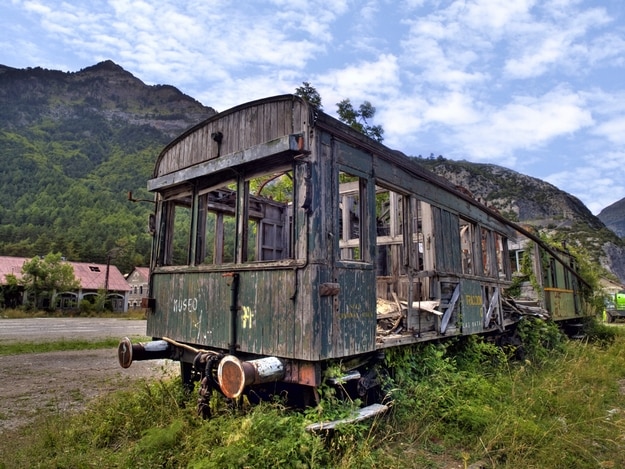 Following an accident in 1970 that destroyed a bridge nearby and brought an end to international rail links between Spain and France, the Canfranc Rail Station was reduced to a shell of its former self. 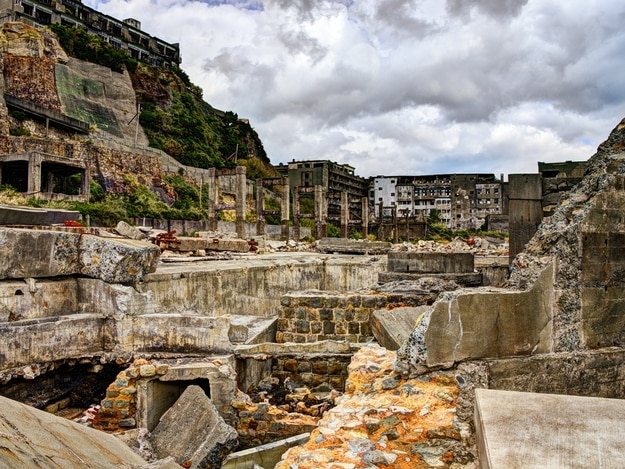 You may probably remember this island from the movie Skyfall. Hashima Island was home to some 5,000 coal miners. But when coal made way for petrol as the main source of fuel, the island was abandoned. 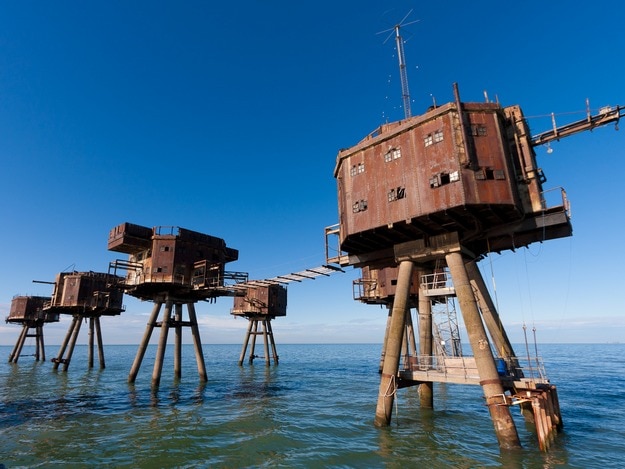 Constructed during World War II to protect Thames, all these forts remain abandoned. All, except the ones that have been claimed by a micronation that calls itself Sealand! 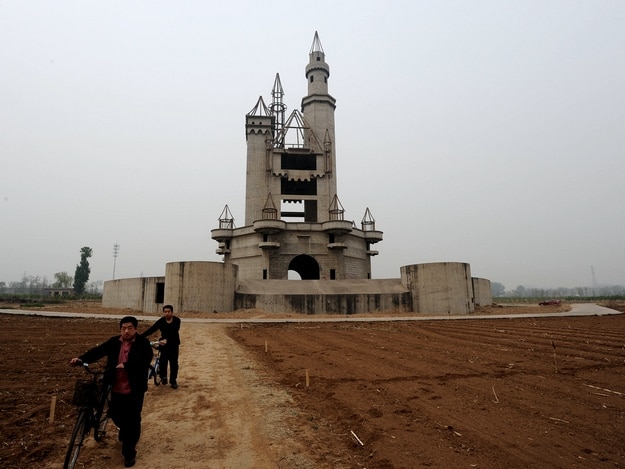 It was supposed to be the largest amusement part in Asia. But construction on the park was abandoned after money ran out and the site has since been used by local farmers to cultivate crops. 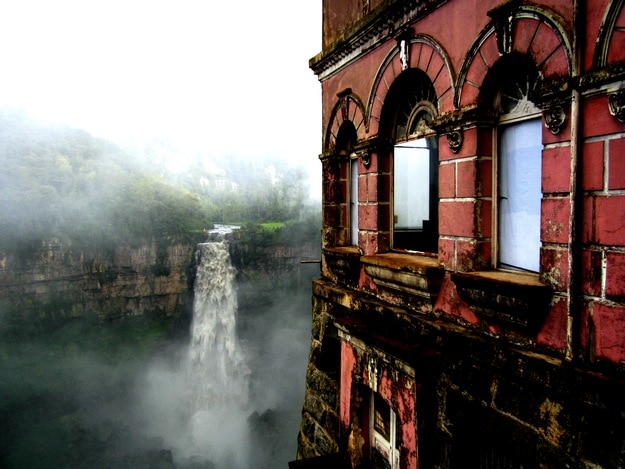 At its peak, Colombia’s El Hotel del Salto housed some of the richest people who came to visit the Tequendama Falls. But as the waterfall began to get contaminated, tourists began to dwindle and the hotel eventually was abandoned altogether. 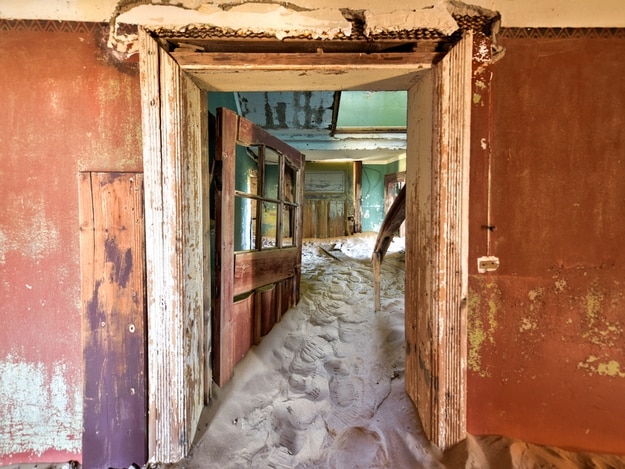 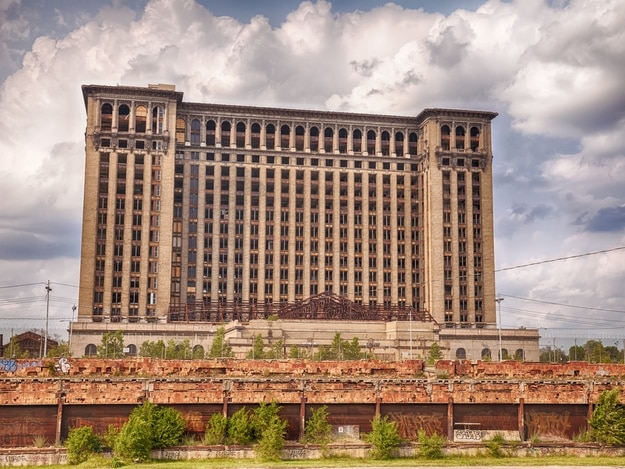 Once the tallest train station in the world, the Michigan Central Station in Detroit now stands abandoned. It hasn’t received any trains in decades, the architecture has been vandalized and the building itself lies in a poor state of disrepair. That being said, the Michigan Central Station building is part of America’s National Register of Historic Places so several people are hoping that it will receive the love it deserves sooner or later.