10 iconic landmarks in Bandra every tourist must visit!

From Mount Mary Church to Mannat, here's what to see in Bandra.

Lined by the Arabian Sea, Bandra is one of the most popular suburbs in Mumbai and has its own unique vibe and culture. The influence of Portuguese culture is evident in its architecture and streets and over the years, Bandra has become a melting pot of both old and new co-existing in different parts of the suburb. If you are a tourist in the city, here are 10 iconic landmarks that you must visit in Bandra. Also Read - Cyclone Nisarga Updates: Three Dead in Maharashtra; Power Supply to be Restored in Ratnagiri And Shrivardhan Soon 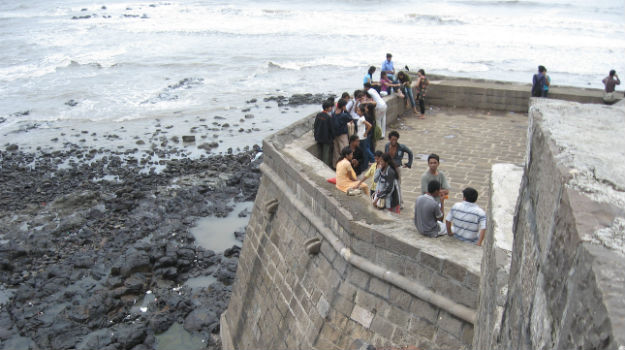 The Portuguese name of Bandra Fort is Castella de Aguada and was built in 1640. It is located at Lands End and was initially built as a watchtower that overlooked the Mahim Bay, Arabian Sea and the island of Mahim. A part of the fort was destroyed by the British after the Portuguese were defeated as they did not want the Marathas to seize the fort and used it instead as a military base to attack Bombay. However, once the Marathas came to power, they donated the parts of the island including Lands End to a Parsi philanthropist who built a house on the hill the fort is located. Today, the fort is maintained by the Taj Lands End hotel and owned by the ASI. Also Read - Cyclone Nisarga: IndiGo Cancels 17 Flights to And From Mumbai, to Operate Only 3 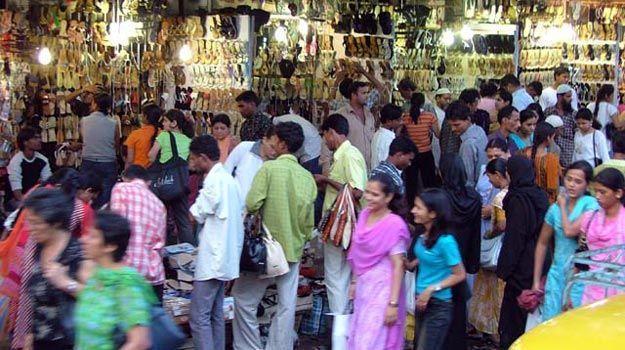 Bandra is synonymous to shopping and while you will find a number of expensive designer boutique outlets and jewelery shops, it is also famous for street shopping. Linking Road is where you will find the latest fashion garments and accessories and even footwear. While there are several vendors here, more often than not they sell the same thing. However, the best part about shopping here is that you can haggle and get a good bargain so you can shop more. After a day of shopping, you can enjoy a meal or drinks at the many restaurants and pubs in the area. A little away from Linking lies Hill Road which also has several street shops. 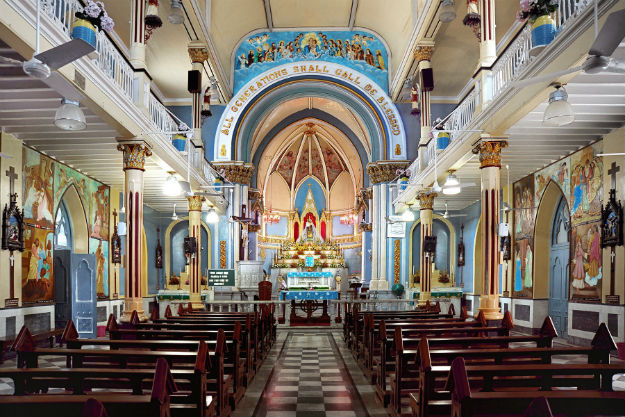 Officially called The Basilica of Our Lady of Mount, Mount Mary Church is visited by people of all faiths and is popular among locals as wells tourists who come here to seek Marys blessings. The church also hosts an annual fair called the Mount Mary Fair or Bandra Fair in September to celebrate the birth of Mary. Pilgrims from all over the country come here to visit during this time to pay their respects. The week-long fair is one of the biggest in Bandra and is thronged by a large number of people. Mount Mary Church was built in the 16th century but it was destroyed by the Marathas and had to be rebuilt.

If you really want to experience the old-world charm of Bandra that is marred by traffic jams and high-rises, you should make a visit to Ranwar, the quiet bylane to the south of the busy Hill Road that suddenly transports you back in time. Ranwar is one of the 25 original pakhadis that made up Bandra in the 1700s and stands to tell the tale even today. Quaint bungalows, greenery and quite lanes welcome you to the village that even today is reminiscent of its past. Earlier, the main occupants of Ranwar were farmers as the village was a rice-producing village. Today, however, the lanes are not as quiet as they used to be and the doors that were earlier open during the day are shut but even so, a visit here is a must to experience old Bandra. 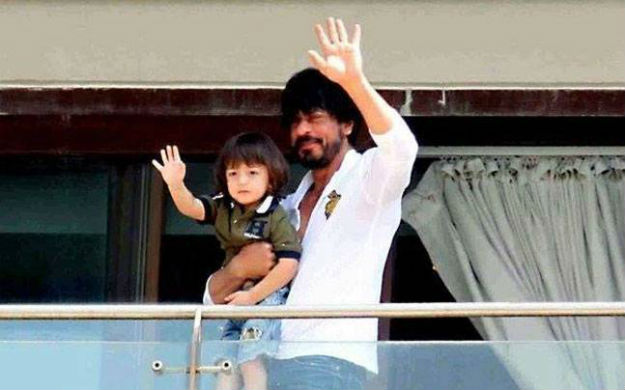 Perhaps the most iconic landmarks in the city, you will always find a crowd of people outside Mannat, the home of Bollywood superstar Shah Rukh Khan. Every day, tourists from different parts of the country gather outside his bungalow in the hope of getting a glimpse of their favorite actor. And the madness increases when it is SRKs birthday. But the actor often waves out to his fans when he is in the city. Lately, hes been making appearances with his youngest son AbRam. The two stand out in their balcony and wave out to the public. 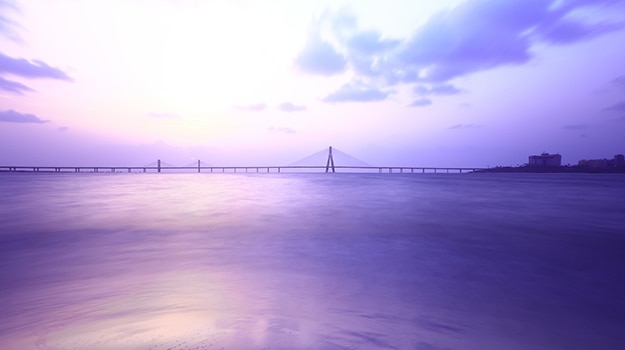 One of the most beautiful bridges in the country, the Bandra-Worli Sea Link has been a boon to the locals as it has reduced the commute time between the two points from an hour or more to about 10 minutes without traffic. The bridge is 5.6 km in length and opened for public use in 2009. Its construction however was completed in 2010. The sea link is a work of art and if you are a tourist in the city, make sure you take a cab and experience the joyride. You can see it from a distance near Bandra Reclamation.

The Church of St Andrew was built in 1575 and withstood several natural calamities and political upheaval until a cyclone blew off its roof in 1618. The church was shut between 1740 and 1749 during the Maratha invasion. But soon, St Andrews Church became the centre for catering to the needs of Catholics not just in Bandra but also from Khar, Juhu and Santacruz. The church is believed to be the oldest standing building in Bandra and houses many relics of the Portuguese era. There is an imposing statue of Christ the King that stands at the entrance of St Andrews Church. 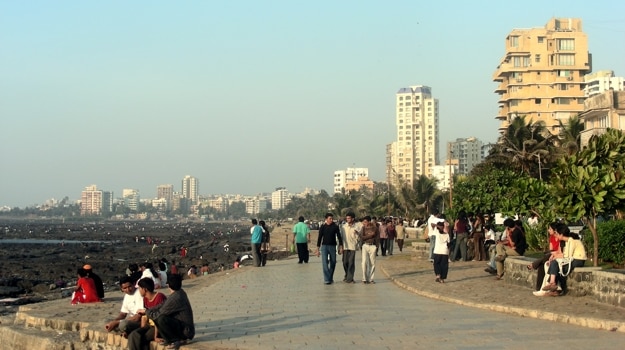 A popular sidewalk in Bandra, Bandstand is known for being a couples point as you will always find lovers flocking here and spending time admiring the sea. It has a promenade, a park, a jogging track and eateries. There is an amphitheatre on one end where festivals like Celebrate Bandra are held while the jam sessions are held every Sunday at the Artists Court. Bandstand also has Walk of the Stars which is inspired by Hollywood Walk of Fame. It honors Bollywood celebrities and has about 100 plates with their signatures and handprints of several stars.

Bandra-Kurla Complex or BKC has become the commercial hub of the city and while the rest of Bandra has cute bungalows and shops tucked away in narrow lanes, this part of the suburb paints a different picture altogether. BKC has large, open spaces including the MMRDA grounds which concerts are held and several companies and banks have their headquarters here. However, Bandra-Kurla Complex is also becoming the cool, new hub with the number of restaurants and pubs springing in the area. From corporate, power lunches to fine-dining outlets, foodies will have a good time exploring what BKC has to offer. 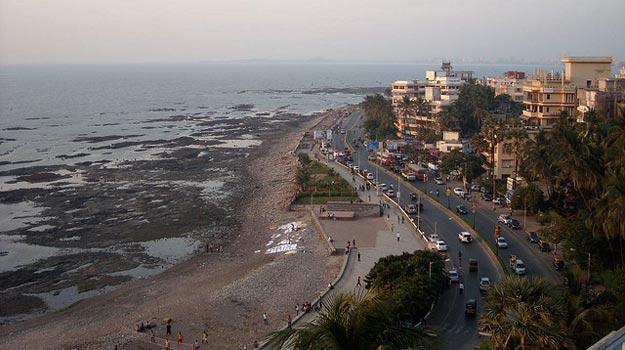 A kilometre-long walkway, Carter Road has the sea on one side and restaurants on the other. The area is often frequented by college kids, locals as well tourists and if you are lucky, you can also spot a few celebrities around. The cafes here offer a view of the sea and stay open for longer which often results in the road being busy even past midnight. The walkway was recently revamped and extended till Khar Danda. There are also residential complexes here that are sea-facing and are some of the most expensive houses in Bandra. Go for a stroll here and then grab a bite any of the restaurants.