Our reader Sushant Kanchan captured these photos of the City of Joy.

Kolkata or the City of Joy is a metro packed with people, narrow lanes, bylanes and street food stalls. It has some breathtaking monuments from the British Raj that stand tall even today. Right from the people who are known for their love for food especially fish to the iconic landmarks in the city, Kolkata has a charm of its own that you only see when you visit it. The sweltering heat, the packed lanes and the slow-paced life that is evident in the trams that chug on the roads are all part of the joyous city. Our reader Sushant Kanchan who recently visited the metro, came back with some amazing shots that capture Kolkata’s everyday life. From the immersion of Durga Maa’s idol to the Howrah Bridge that is the lifeline of the city, here are 10 photos that are quintessentially Kolkata.

1. The Dakineshwar Temple that was built by a queen after she had a vision of Maa Kali in her dreams. It is built by the banks of the Ganges 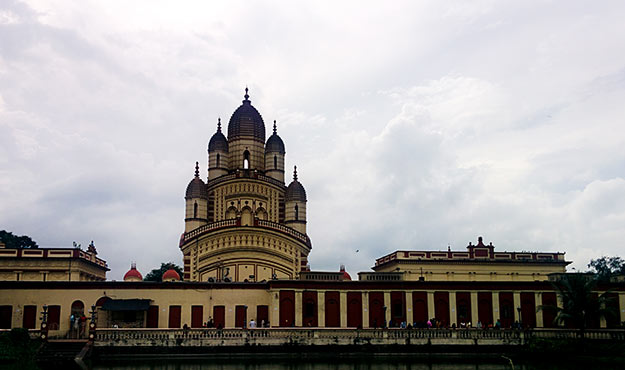 2. A man cycles away with chicken tied around his bicycle. Take a closer look and you will notice that there are chickens tied in the front too

3. Ganga Aarti being performed on the ghats. This ritual takes place every evening where locals gather to attend the religious routine

4. The iconic Howrah Bridge that was built during the British Raj and is an engineering marvel in itself

5. Durga Puja is one of the biggest celebrations in Kolkata and post Dusshera, the idol of Maa is immersed in the river 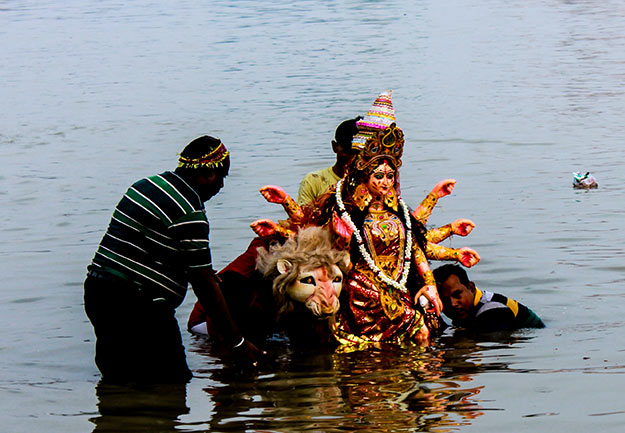 6. Another building that is synonymous with Kolkata is the Victoria Memorial that was built in the memory of Queen Victoria 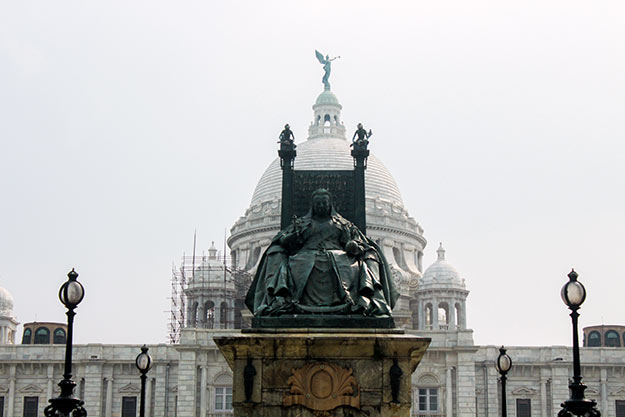 7. A hauntingly beautiful structure, St Paul’s Cathedral was built in 1847 and is next to Victoria Memorial 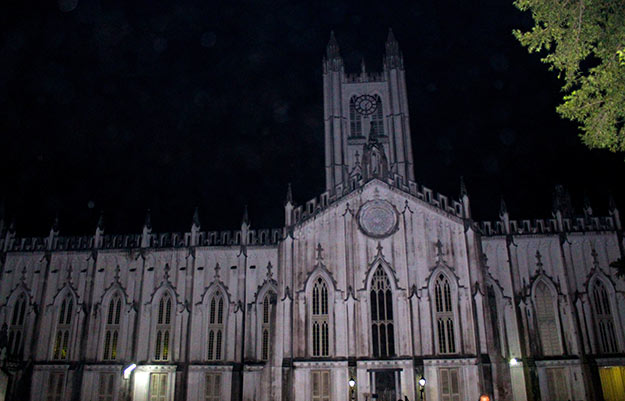 8. The Howrah Railway Station is always packed. This shot was taken at 4 am 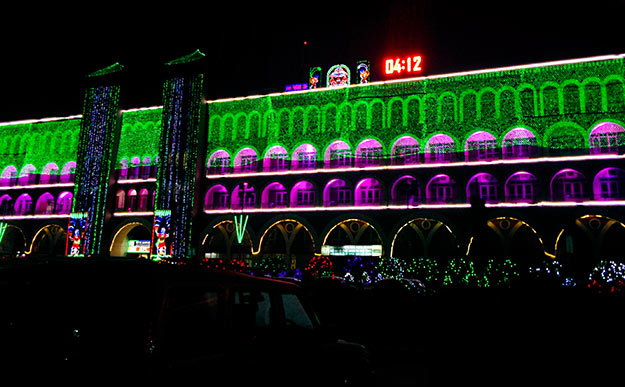 9. When in Kolkata, try chai in kullad which is better for health and prevents acidity. It also improves the taste of the tea 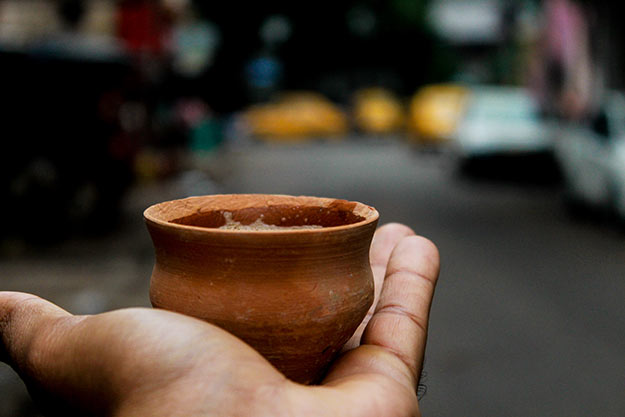 10. The second most photographed bridge in Kolkata after Howrah is the Vidyasagar Setu that connects to the Howrah Bridge 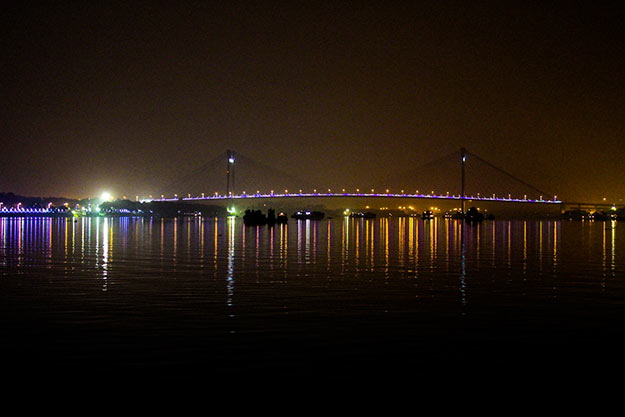