From the USA, Italy and France to Tanzania, China and Combodia, the world is a brightly coloured canvas!

The world is beautiful full of mountains and plains, lakes and  rivers that are so soothing that you could probably end up spending hours together, just absorbing magnificence of nature. Though the world has rapidly become a small place and destinations have gone from being unexplored, to lesser-explored. Quaint villages have now become tourist attractions because of the accessibility, and why not! Places on the planet are so jaw-dropping, heart-warming and absolutely overwhelmingly beautiful that every traveler must visit these places to do nothing specific, but just willingly get enticed and fall for nature’s sorcery. Also Read - Here is The List of Top Trending Women Shoes of 2020

We bring to you a list of 11 such destinations that will, quite literally, put rainbows to shame! Also Read - 'He Would be Quite Happy to Help': Amarinder Singh on Roping in Prashant Kishor For Congress' 2022 Punjab Polls 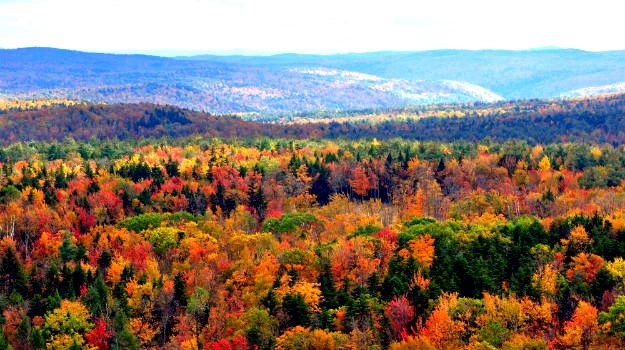 Located in a small town called Marlboro in Vermont, the Hogback peak is located just about 734 m above sea level and offers this mesmerizing view of trees for as far as your eyes can see, especially during autumn. 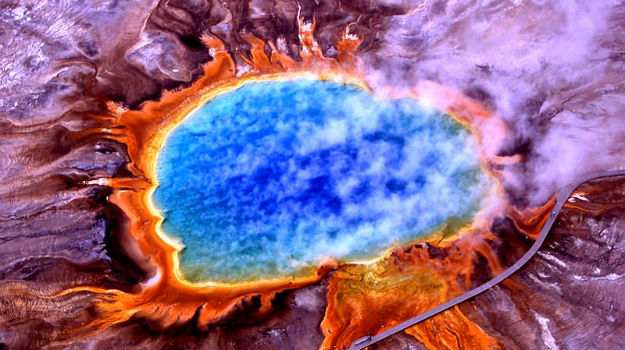 The biggest hotspring in the USA and the third biggest in the world after the  Frying Pan Lake in New Zealand and Boiling Lake in Dominica, the Grand Prismatic Spring gets its name from its colors that resemble the colors formed due to the dispersion of light through prisms. 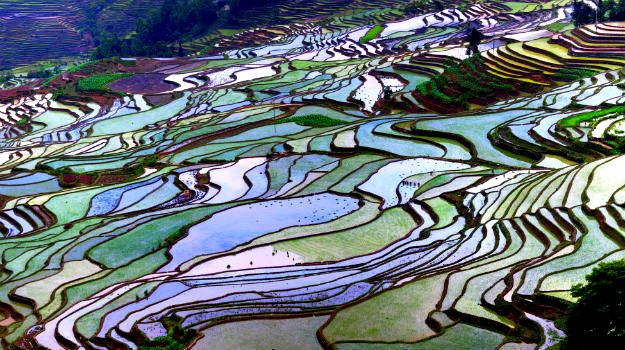 One of the rice paddy field in the south eastern provinces of China, the Yuanyang terraces are one of the most beautiful World Heritage Sites in the country. 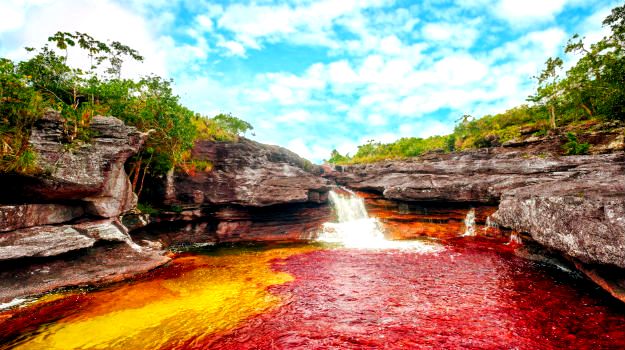 The name of the river in English loosely translates to the Crystal Spout. It is an aquatic river without any fish in it. The flora of the river forms an extensive ecosystem that forms the riverbed. And since the water is devoid of nutrients, it is exceptionally transparent. The Grand Barrier Reef is located off the northeastern coast of Australia near Queensland. It is the biggest living thing on earth. 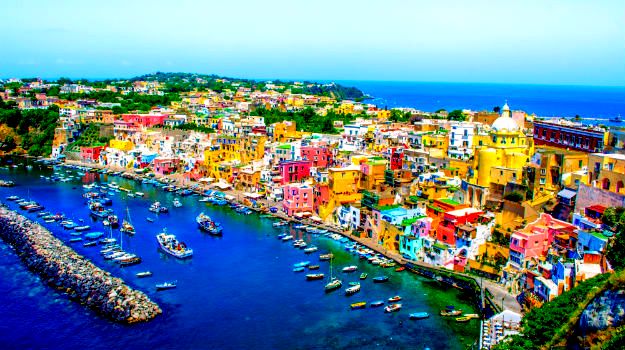 Located near Naples, Procida was formed due to the eruption of four volcanoes which are now dormant. The citizens of the city, though, have done a spectacularly great job at coloring their homes. 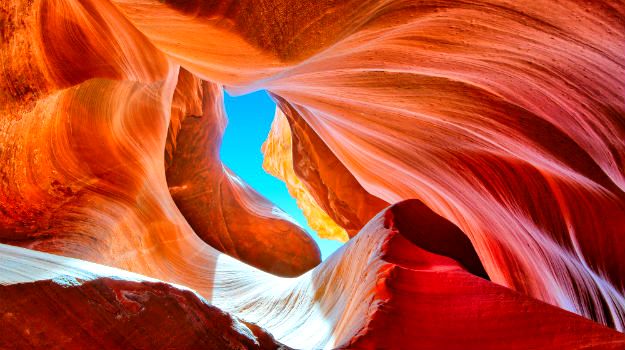 The Antelope Canyon in Arizona is a slot canyon which is formed due to the seeping of water through the rock. It is narrow at the top but around 10 times wider in the bottom. 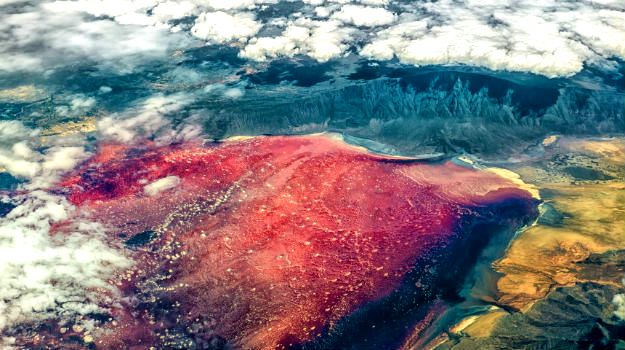 The lake gets its color because of the high evaporation rate. Due to which salinity increases and microbes multiply rapidly making it pinkish. 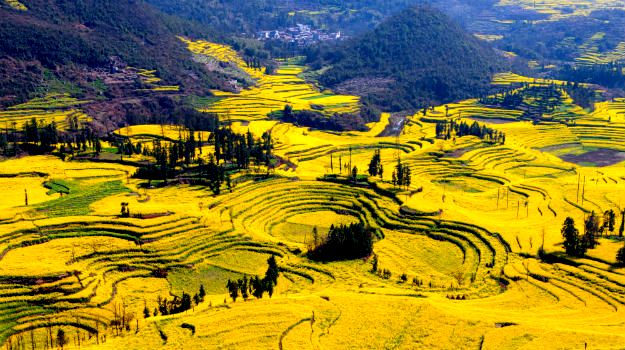 Luoping is a countryside in China which looks splendid when Canola plants bloom during spring season each year. 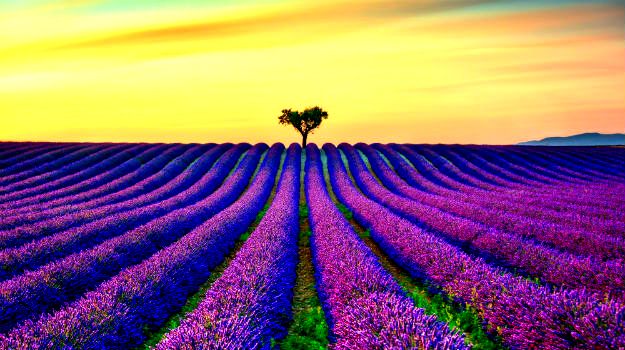 This lavender field starts blooming in mid July when people from all corners of the world flock here to either click pictures or to buy the high quality lavender! 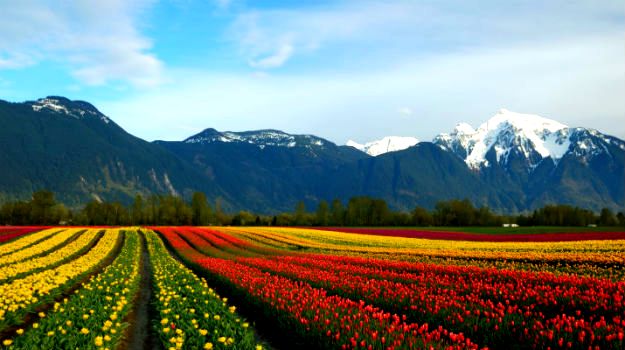 The British Colombia region, near the west coast of Canada is home to the tall Cheam mountain which is frozen almost throughout the year, and tulip fields that surround its feet. The view of the white snow-clad mountain with colorful flowers blooming must not be missed.