11 travel lessons from Shah Rukh Khan that will make you his FAN!

As Shah Rukh Khan's FAN movie releases across the globe, we present some tips on Travel and Life by the King of Bollywood himself. 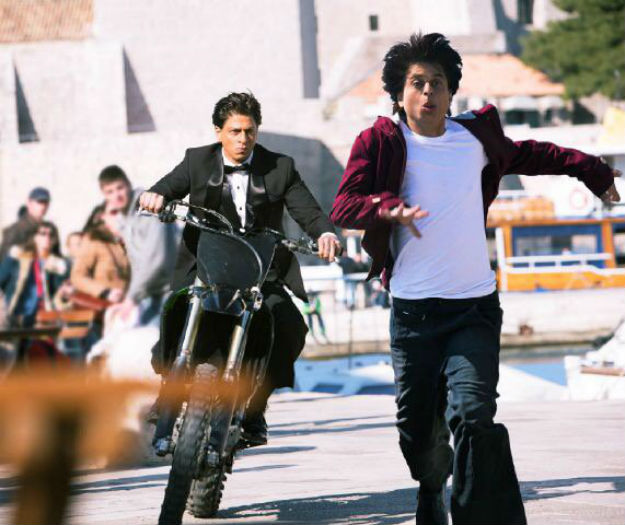 What can we say about Shah Rukh Khan that hasn’t been said already? Justifying his well-earned sobriquets like the King of Romance, the Baadshah of Bollywood, the witty businessman and the style icon, SRK is India’s biggest superstar. His fans love him not just for the larger than life characters he plays on the big screen but also his persona and witty statements off-screen. His journey is an inspiring tale of how nothing is impossible if you set your heart to it. As his latest movie FAN releases today with him playing a double role, it looks like he is on the verge of breaking some more box-office records and please his ever-growing fan base. Also Read - Amid #VirushkaDivorce Trend, Anushka Sharma Shares a Sun-Kissed Picture, Virat Kohli is All Hearts | SEE POST

SRK is an idol to millions of people in the world who take everything he says very seriously. It is therefore fitting to have a look at some his quotes which are motivating travel lessons for the wanderers. These pearls of wisdom shared by SRK on Twitter will not just help you in your trips but also in your journey of life. Also Read - AIIMS PG Entrance Exams 2020: Admit Cards Issued, Download From aiimsexams.org

1. A bicycle can be your best buddy!

Its not necessary to be going somewhere to have a great ride. pic.twitter.com/3c9unoqILf

2. No matter where you go, you always crave for a bit of sunlight.

Do u c that out there? The strange, unfamiliar lite? Its called the sun. Lets go get us a little.
Nora Roberts pic.twitter.com/x6VgorHHIo

3. Posting vague travel pictures is not all that bad!

I like the cold mornings of London. So much that I feel like putting up a pic with a vague quote..!!! pic.twitter.com/5C9KbFIowK

How spectacular is the Delhi rain.makes u forget of the smallness of life & reminds u of the bigness of Nature. pic.twitter.com/a7zWq596E0

5. When you stay up all night, the dawn can bring some amazing sights!

Beating the Sun in glorious London. It goes down but doesnt take us down with it& we r still up as it rises. pic.twitter.com/SYGvJil26A

6. Your journey often takes you back to where you started!

Fan took me to Delhi my younger days and today to my college. Thank you yrf and Maneesh. JABRA mazaa aayaa. pic.twitter.com/o4yzsWIwNI

7. The monuments in your hometown are always special!

In hometown Delhi. Red Fort cool eveningdancing on the roads like a Fan. Will go & visit parents at nite. pic.twitter.com/49xsUWU6ta

8. There is nothing more stylish than a motorbike to move around!

Rohit gets me a new set of wheels 2 ride 2 work everyday. Hawk.Beemer.Harley. We dont walk the talk on Dilwale sets! pic.twitter.com/7AMtiCRDqP

9. And when you have had too much of ground, a plane is the perfect getaway!

I like planes. After a day of humility & kindness its good to be ungrounded for a bit. Keeps the balance. pic.twitter.com/fOh0orWIqY

10. It’s important to have good co-passengers for company!

Thank God my co-passenger seems like good company. I feel he will keep to himself & not ask me about me! pic.twitter.com/yEWSyo2VKB

11. And finally, when you visit a famous tourist attraction, there is nothing wrong in posing away for pictures!

And before the award a guided tour to areas where not many are allowed. Had to do the pose…Srkbhai & BigBen. pic.twitter.com/l6wT6BFj8K

CHECK OUT Around the globe with King Khan