12-year-old Indian Aaryan Balaji who was the youngest to climb Mt. Kilimanjaro just broke another record in Nepal

This is just the latest conquest for young Aaryan Balaji, who is also the youngest to have climbed Mt. Mount Kilimanjaro. 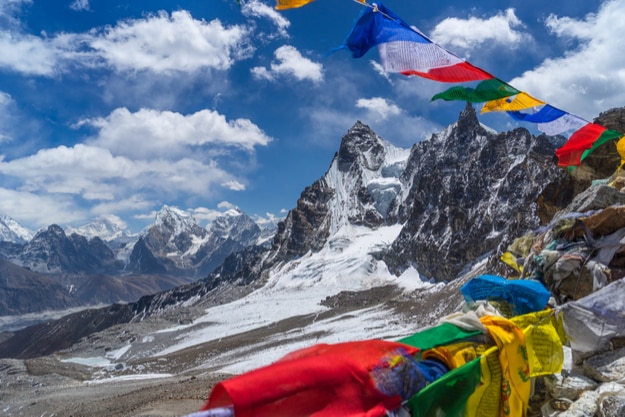 What’s your fondest memory when you were 12 years old? For young Aaryan Balaji, it would be crossing three mountain passes and scaling three peaks in Solukhumbhu, Nepal. At the tender age of 12, he managed to cross the Kongma La, Cho La and Renjo La pass, reaching altitudes of around 18,000 feet in the process. With this feat, he has become the youngest ever mountaineer to complete the three-pass trek. ALSO READ: Tips for going on a trek in the Himalayas Also Read - Craving Alcohol Amid Lockdown, 3 Men in Tamil Nadu Die After Drinking Paint Varnish

This is not the first rodeo for Aaryan, son of an Indian Navy officer. At the age of seven, in 2012, he made the arduous trek to the Southern base camp of Mount Everest, reaching an altitude of 5,364 meters. He made history in the process, and in the same month made a new record again by being the youngest person to scale the 5,554-meter tall Mount Kalapattar, which was his first mountain. The next year, he became the youngest (again) to climb the famous Mount Kilimanjaro (5,895 meters). Also Read - Scientists Convert Structure of Coronavirus Into Soothing Music, Here is Why

It comes as no wonder then that Aaryan wants to scale the great Mount Everest, and he plans to make his ascent in 2018. Another dream for him is to conquer Mount Elbrus (5,642 meters) in Russia by the time he is 26 years old. Given his track record so far, he certainly has the physical strength and sheer will and determination to make his dreams come true. His ability to adapt to the high mountain temperatures and weather says a lot about his endurance level, mental strength and determination. Also Read - Two-time Olympic Medallist Sushil Kumar Hasn't Given Up on Tokyo Dreams

The Everest 3 Passes trek that Aaryan just completed is considered one of the greatest, and most challenging, treks in the world, with incredible views of the Mount Everest and other major Himalayan peaks, including Pumori, Nuptse, Amadablam and Lhotse. It takes you through the pristine Gokyo Valley, and along the way you get to see its sacred lakes. You go through forests teeming with wild animals like snow leopards, the immense Ngozumpa Glacier and through villages and towns that offer a glimpse into the culture and lives of the local Sherpas. ALSO READ:9 treks in India that no traveler should miss! 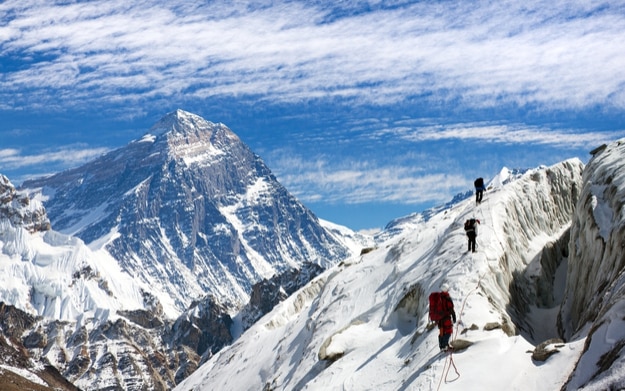 View of Everest from Gokyo valley with group of climbers on glacier, way to Everest base camp

Making this trek does not require much mountaineering experience, but it is still very challenging, especially for a young boy. Commander Balaji, Aaryan’s proud father, added that his kid even scaled three smaller peaks while trekking to the Everest Base Camp and Island Peak Crampon Point. Records suggest that an Austrian girl and American boy, both 15 years old, were the youngest before Aaryan to complete the Everest 3 Passes trek successfully. Aaryan flew the Indian flag at the top of the three passes on his trek.

The trek was not a simple affair for Aaryan or his family. His father said that Aaryan was trained and acclimatized to the harsh, cold weather conditions of the Himalayas before the trek began. The young man underwent a two-month training period to physically be able to complete the trek. His father noted that the boy would walk 20-25 km three times a week as part of his training regimen. Young Aaryan has won several accolades in the past for his adventures. He won the Gandhi Seva Medal back in 2012 for his social responsibility and community service efforts.

Aaryan is also a sailor, golfer, skater and, interestingly, a unicyclist. He was the only one representing India in last year’s Unicycling World Championships, in fact. He studies at the Mahatma Gandhi International School in Port Blair, and his adventures have not stopped him from topping his class. He also serves as a brand ambassador for the Polio Eradication Drive (Worldwide), ‘Gandhi Global Family’ and India Overseas Bank. NOW READ: This nomadic couple went on a 17-year-long world road trip and came back with 4 kids!