13 picturesque caves around the world that will leave you stunned!

From China and Vietnam to Austria and Scotland, the world is home to caves that will take your breath away!

Caves are some of the oldest and most mysterious yet fascinating structures created naturally. Not only is spelunking an exciting adventure activity, but walking around a lot of these caves will take you back several centuries. From caves that are made of crystals, to caves that light up because of glow worms, the bounty of nature is pretty damn amazing to miss out on. So here are 12 of the most spectacular caves around the world Also Read - Jiah Khan Death Anniversary: Timeline of Events Surrounding The Mysterious Death of Nishabd Actor 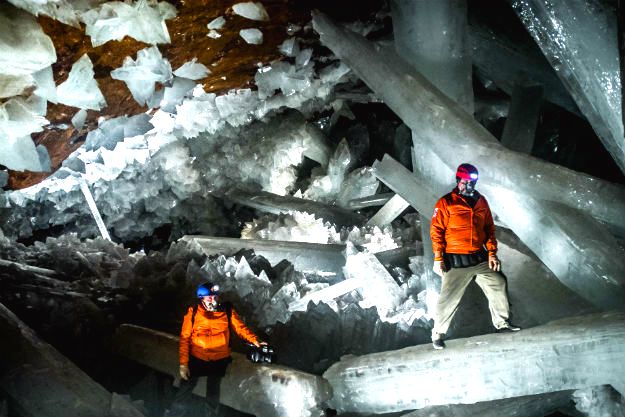 The Naica lead and silver mines located in Chihuahua, Mexico are home to the biggest collection of naturally formed crystals and was discovered by two miners only in 2000. The crystals are made of magma and gypsum and are formed due to the heat and humidity. However, staying in the caves for longer than 10-15 minutes is not recommended for humans! Also Read - Bangladesh ODI Captain Tamim Iqbal Was 'Ashamed Of Himself' After Seeing Virat Kohli's Fitness Levels 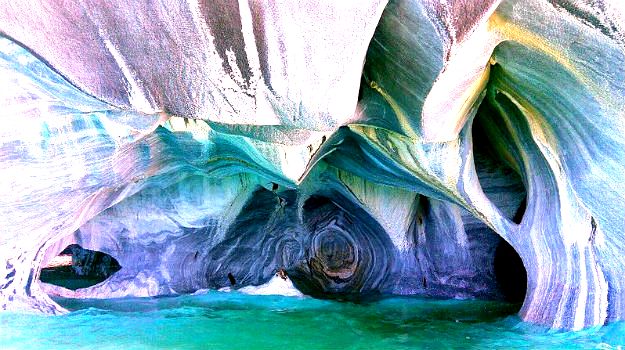 The Patagonian Andes is home to the worlds biggest deposit of marble at General Carrera lake in Chile. The marble caves are home to over 5 billion tons of white marble which is over 6,000 years old. 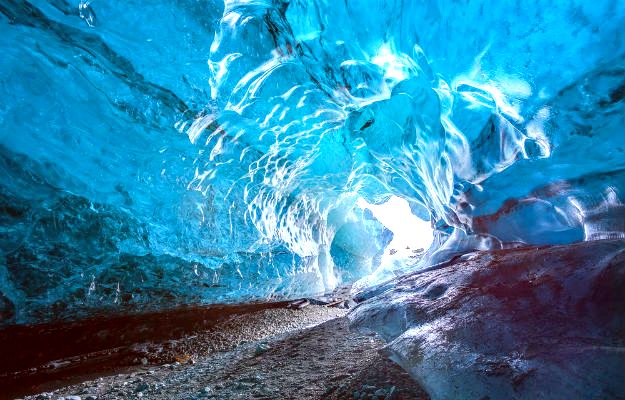 These caves are located in the largest frozen lagoon in Europe, Svínafellsjökull glacier. The most interesting fact about these caves is how whenever the glacier moves by even just a single millimeter, it results in the ice caves to move, rumble and make a lot of much noise. 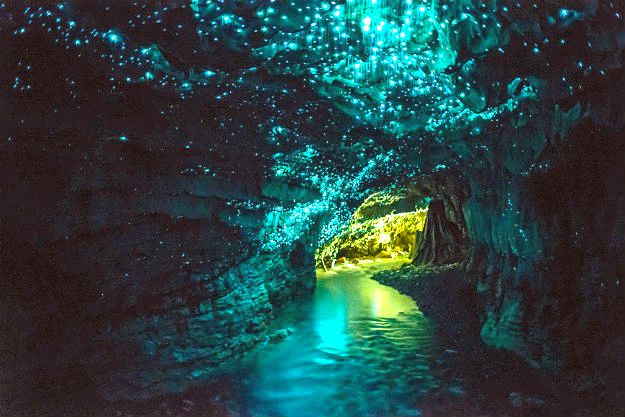 This cave is home to millions of glow worms that light up the caves and make it look like a scene from a fairytale!The interesting part though, is the fact that these glow worms are not actually worms, theyre gnats that produce silk and mucus that glow. Reaching this beach cave in Algarve in Portugal can only be accessed by boat, but the ride will be worth it, when you get to the beautiful spot and bathe under the sun, with rays making their way through a small hole on top of the cave. 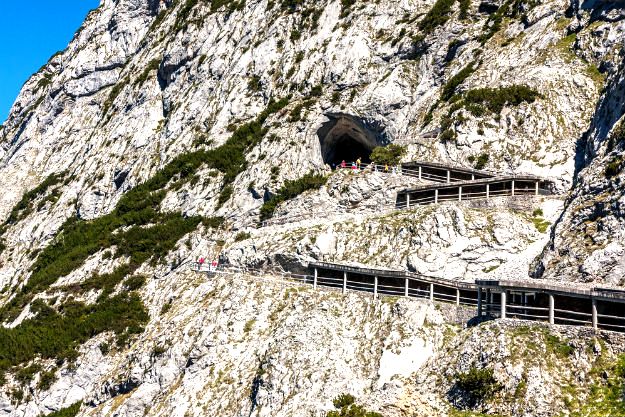 Locally known as the The World of Ice Giants, the 42 km long, Eisriesenwelt is by far the biggest ice cave on this planet. Hidden in the Austrian Alps, legend has it that, before it was explored by a scientist, locals never entered the cave, wondering whether it was an opening to hell. 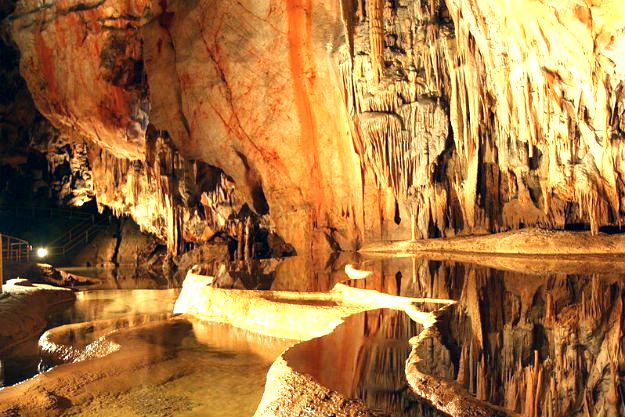 This is the biggest cave in the Slovak Karst located in the southern Slovakian region. Though the cave is in Slovakia, a considerable amount of the cave complex is continued all the way in Hungary. The cave was discovered in 1926 and by 1995, it entered the list of UNESCO World Heritage Sites around the world! 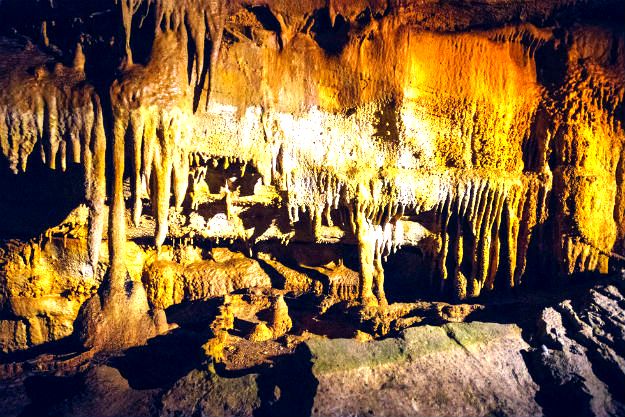 The Mammoth cave, located in the Mammoth Cave National Park is the longest cave system discovered. The entire system is estimated to be over 630 long. 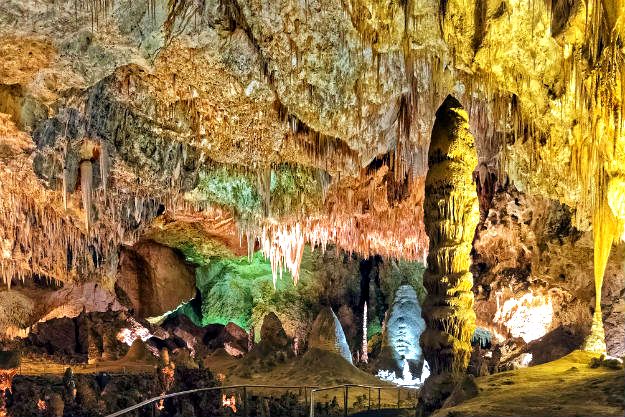 Located in the Carlsbad Caverns National Park, these caves have some stunning stalagmites and stalactites and is the seventh biggest cave complex known to man. 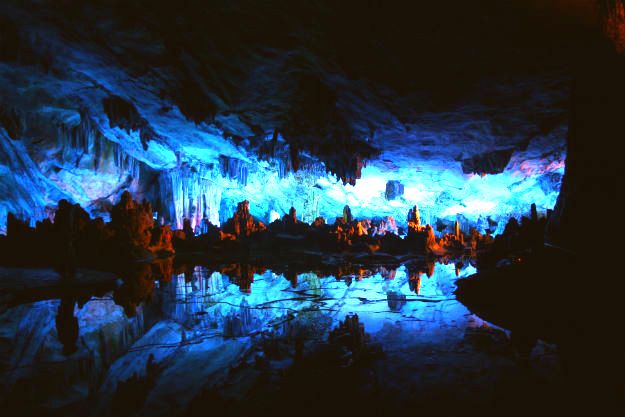 These limestone caves are said to be over 12 centuries but were discovered onlt in 1940. Theyre the most visited tourist attraction in the Chinese town of Guilin. 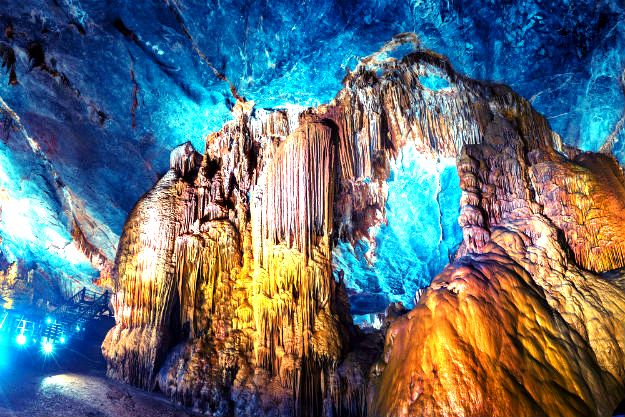 Located in Vietnams Phong Nha-K? Bàng National Park, these caves have made their way to the list of UNESCO World Heritage Sites and while the caves are over 7,000 m in height, travellers and spelunkers are permitted to explore only 1500m to preserve the caves for longer. 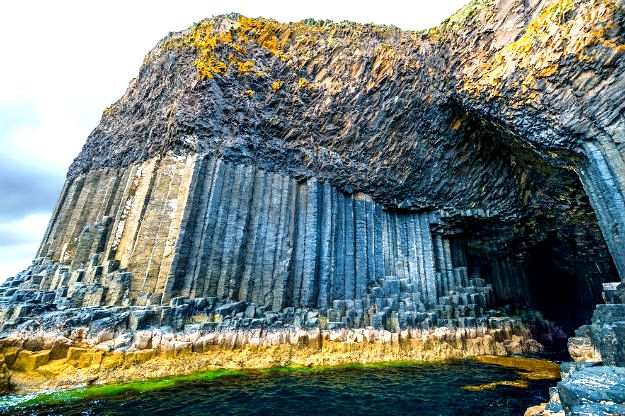 The Fingals Cave is located on the Staffa Island and is made of hexagonal basalt columns and there no other cave in the world formed with such uniformity. These caves are located right off the beach and exploring it said to be one of the most peaceful experiences. 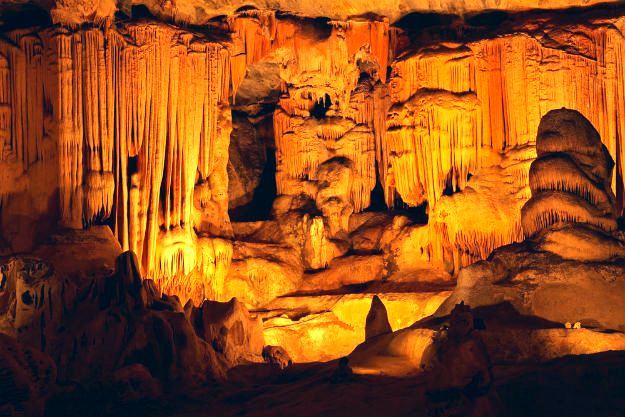 Located on the Western Cape of South Africa, the Cango caves are one of the most important natural sites in the country. The caves are naturally built with an extensive system of chambers that run for over 4 km. Yet, only about one fourth of the caves are open to the public with tours that are either for a leisurely experience or one with adventure!