It has been 20 years since the release of Harry Potter and the Philosopher's Stone and to mark this milestone, Strawberry Tours is offering a free walking tour of London taking you through iconic places that inspired J.K. Rowling. It's like taking a walk in the world of Hogwarts with Harry Potter, Ron Weasley and Hermione Granger. 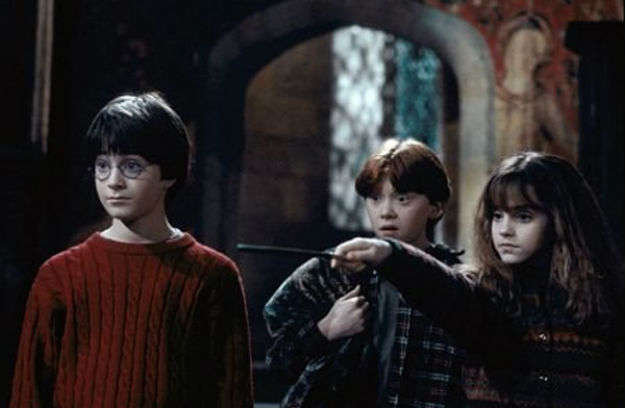 Also Read - 'You Might Not See Us!' Delhi Police Turns on Harry Potter's Invisibility Cloak to Curb Fake News

Harry Potter is in the news all over again and this time, it is to celebrate a remarkable milestone. It has been 20 years since J.K. Rowling gave us the first installment of the Harry Potter series. That’s right! It is the 20th anniversary of Harry Potter and the Philosopher’s Stone. Over the years, Harry Potter books and movies have been the trusted companions of many a bookworm and fantasy fiction enthusiast. The adorable characters of Harry, Ron and Hermione have befriended millions of fans and have stayed with them through thick and thin. Hogwarts continues to be the place of comfort for so many in distress and in need of help. It has truly been 20 years of pure magic! ALSO SEE 5 hotels that will remind you of Harry Potter movies Also Read - Watch: Instead of Money, People Play Poker With Toilet Paper Rolls at London Club

And to celebrate this milestone, Strawberry Tours in London is organizing a free walking tour of the city for Harry Potter fans. There are several places in the world that should be on every Potter fan’s bucket list and London is right on top of that list. London is home to some of the most iconic buildings which inspired Rowling to come up with places and characters in her enchanting story. This walking tour takes you through such places as Diagon Alley, Gringotts, the Ministry of Magic and Knockturn Alley. You can dress up as your favorite characters and wear your favorite house uniforms as you wish. As you take the tour, you will also be given information about London’s history and the story behind prominent monuments and places that inspired J.K. Rowling. The tour will take you though popular landmarks like Big Ben, Millennium Bridge, Tate Modern and Leadenhall Market. You will easily be able to draw parallels between these magnificent spots and similar places from the books. CHECK OUT Fantastic Beasts and where to find them: 12 University campuses that will take you back to Hogwarts Also Read - Rishi Kapoor Posts Prayer in Favour of Kanika Kapoor-Yes Bank Founder Rana Kapoor, Says 'Kuch “Kapoor” Logon pe Time Bhaari Hai'

This tour begins at 3.30 pm everyday from Leicester Square in London. So, if you are in the city and love Harry Potter, this one is bound to be one hell of an experience! So, just grab your broomsticks and off you go to London!