Instead of looking at modern theaters that showcase the best of the art, let's travel back to the theaters of the past. Here are 4 of the most important, well-preserved theaters of the world dating back to the Roman and Greek times that you can visit even today.

As the Bard famously said, “All the world’s a stage” and sure enough the world is full of theater stages. Some are shiny, new, cutting-edge facilities with the best of modern sound and stage design. But some are ancient, dating back millennia and built using simple human ingenuity and creativity. Today, let’s skip the modern performances of New York’s Broadway, the Syndey Opera House or, closer home, the likes of Prithvi Theater in Mumbai. And instead look at the theaters of the past that once held the earliest forms of plays and performances. Here are 4 of the best preserved and most significant ancient theaters of the world that you can visit even today. ALSO READ: Roman Colosseums Highest Seats Will be Open to the Public Soon! Also Read - Just Terrible! Syrian Refugees in Turkey Are Selling Their Kidneys & Livers On Black Market to Survive

The theater of Side 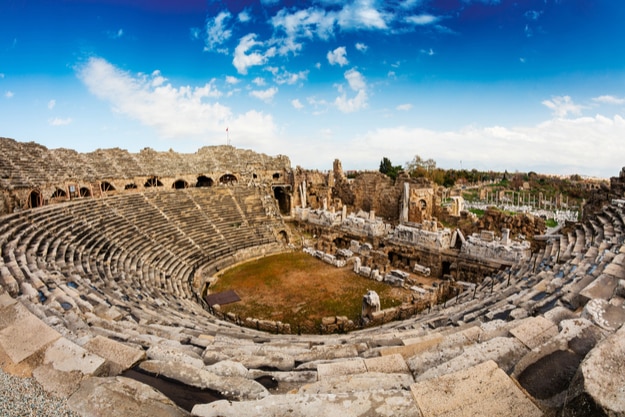 Restoration of 2nd Century AD Roman theater in Side, Turkey

Located in the coastal town of Side in south Turkey, the ruins of this colossal Roman theater are still well-preserved. You can still imagine how 15,000 people could have sat on the steps of this theater, watching performances at the stage after walking through the city gate and praying at the temple. Side was an important city during the time of the Roman Empire, established in the 7th century BCE and becoming a crucial trading town. Its stage would later be used to host bloody gladiator fights and, later, as a church. Also Read - Trending News Today April 23, 2020: Spiderman Could Not Sit And Watch Elderly Self-Isolate in Turkey so HERE's What Antalya's Peter Parker is Doing Amid COVID-19 | Watch

The theater of Delphi 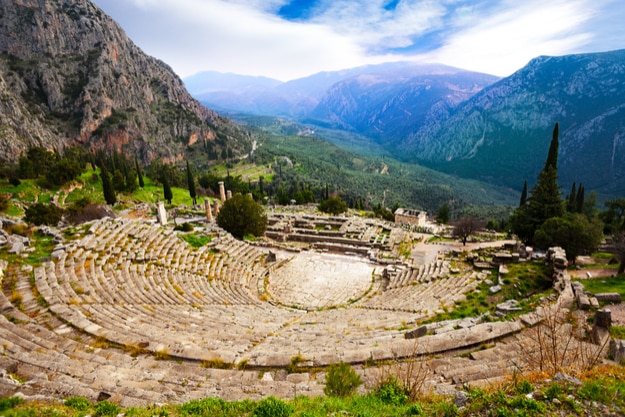 The view from the amphitheater in Delphi

Delphi is a name you’ll probably be familiar with. It was home to the shrine of Apollo during the Greek era dating back to the 8th century BCE. And its stadium, its theater, is one of the architectural highlights of the city today, apart from the Temple of Apollo and the Athenian treasury. The theater, built on top of a hill, allowed visitors to see the entire sanctuary and the surrounding area. Built in the 4th century and capable of seating 5,000 people, the theater today is not as well-maintained as it should be, but it is still a sight to behold. Also Read - Amid Coronavirus Outbreak, Centre Prohibits Entry of Passengers From Europe, Turkey From March 18 to 31

The theater of Amman 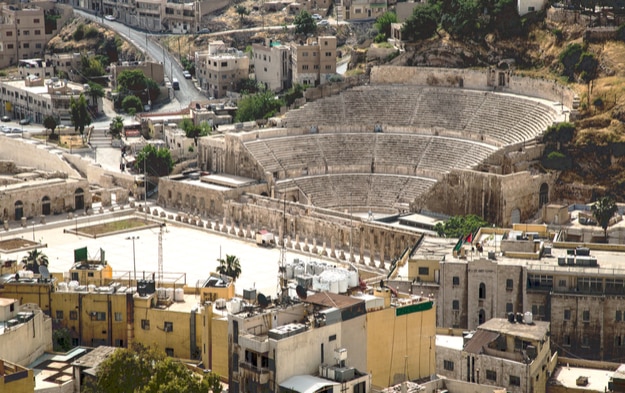 The ancient Roman Theater located in capital of Jordan, Amman

We move east towards the city of Amman in Jordan, where you can find remnants of the Roman Empire still standing. And one of these remnants is the Roman theater, built while Antoninus Pius ruled the Empire and capable of holding 6,000 people. The theater was part of a larger forum, most of which has been lost to the sands of time. It once stood on the side of a stream, now moved underground, and an arterial road that has long been buried. NOW READ: 5 best places in the world to witness the magic of Northern Lights

The theater of Dionysus 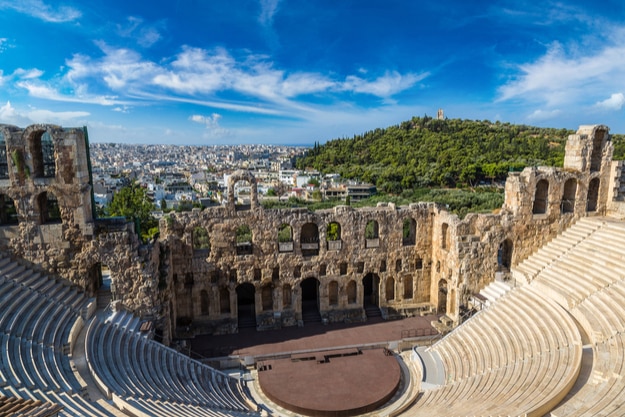 The ancient theater of Dionysus in a summer day in Acropolis, Greece

Finally, we have the theater of the Dionysus, where once thousands would come every year to watch Athenian dramas to celebrate the festival of Dionyssia. Although it was built during the period of the Greeks, it was expanded and altered over the centuries. Today, as a result, you’ll find remnants from the late Roman Empire and some parts stretching all the way back to the Classic Greek era.