4 reasons Gokarna should most definitely be on your itinerary!

Blogger Archana Singh may have traveled the world but Gokarna is on her list of favorites. Here’s why: Also Read - Top 5 Tourist Places to Visit in Karnataka; Bengaluru, Gokarna, Nandi Hills, Coorg, Dandeli 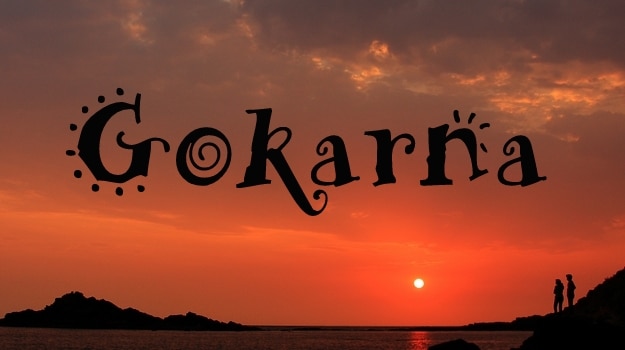 Also Read - Beach Lovers, Here’s Why You Should Choose Gokarna Over Goa as Your Next Travel Destination

Carved from mountains and cut by rivers, Gokarna is probably one of the most beautiful places on earth that can boast of two of earth’s most magnificent creations — mountains and water. Nestled between the Western Ghats and the Arabian Sea, Gokarna is ideal for both short trips and really long ones. Here are the top four reasons to visit Gokarna, the land of unspoiled beaches: Also Read - Top 3 Destinations For a Yoga Retreat in India 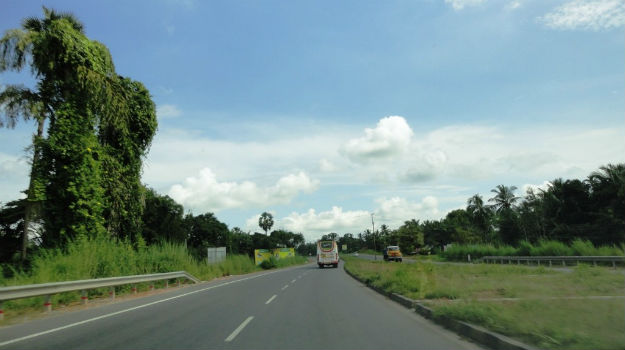 If Bangalore traffic is a nightmare for drivers, the drive from Neelamangala to Hassan via Tumkur toll gate is like a dream. The roads have improved remarkably. As you get away from Bangalore, the hustle, bustle and pollution gives way to serene country side, dotted with trees and small hills. The drive will led you through Sakleshpur (a remarkable place in itself) and then onto the Ghat sections of Mangalore. Sharp turns, hairpin bends, the odd langoor and many vehicles, all a part of the drive. The drive to Mangalore also takes you through several bridges across rivers that pour their heart out into the Arabian Sea. 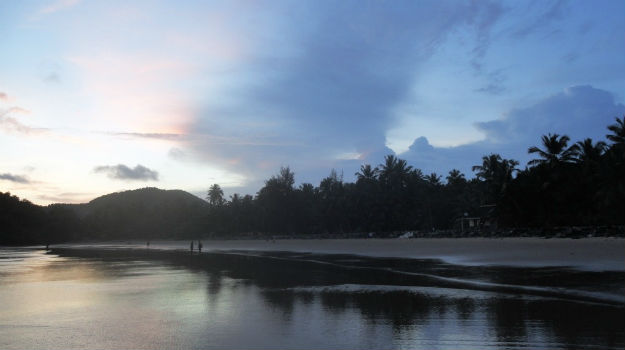 If Goa is known for its ‘party till you drop’ beaches, Gokarna is definitely for those who are seeking calmer pastures. The beaches in Gokarna are not easily accessible though. What they lack in party is more than compensated by the views. The beaches are like hidden treasures, protected by the mountains. The three major beaches in Gokarna are Om Beach, Paradise Beach and the Half-moon Beach. The main Gokarna Beach is not in the list because, quite frankly, it is incredibly crowded. Having said that, there is a beautiful trail from the Gokarna beach that leads to the Kudle beach. Kudle beach has the best of both worlds, sandy beach combined with a couple of decent options to eat and drink. Two turns away (through the open sea) lie the Om Beach, Paradise and Half Moon beaches. These are pristine, clear and far less crowded.

Om beach is the most famous of the lot, for some unique reasons. The beach looks like the Sanskrit word Om when viewed from a vantage point. The beach is rocky and has the famous Namaste cafe alongside. 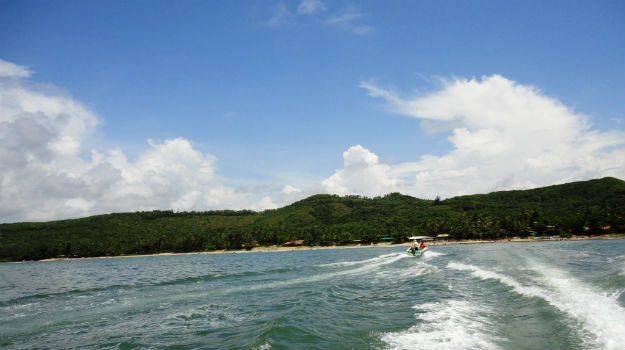 No visit to a beach is incomplete without a boat ride, is it? I’ve never been a fan of the wishy-washy cruise ships that take you through the sea, all mollycoddled with no adventure. Kudle beach offers several water sports options, a jet boat ride is one of them. The ride covers Om beach, Paradise and Half moon beaches, leaving you with a view of the Aghanashini River and the beaches on the Kumta side. The beaches on the Kumta side are deserving of a few days themselves. After some heavy turning and churning on the sea, the boatman stopped dead in the middle of the sea and yelled “Dolphins!” I was surprised! This trip was getting better. I turned to catch just a fin here. When the engine stopped, all I could hear was the sweet sound of waves crashing against the boat. I wish could have recorded the sound and played it every time I missed this place. 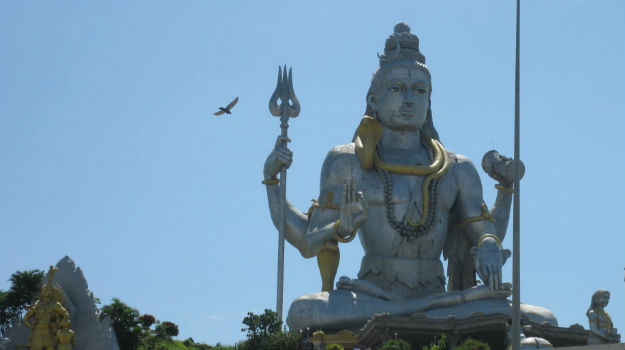 Maravanthe and Murdeshwar, the renowned temple villages, lie to the south of Gokarna, en route from Mangalore. Maravanthe is a sandy beach that, though not wide, is a long strip of white sand. Maravanthe begins at the very spot where the road from Mangalore meets the coast. Not many people stop here because so-called ‘better’ spots await them but they couldn’t be farther away from the truth. Maravanthe is an incredible spot to stop and soak in the first instance of the sea. The sea teases you all along from Mangalore but Maravanthe is where the tease ends and the sea says hello, in all its glory. Stop here for a brief tete-a-tete with the beach and also some coconut water. Murdeshwar is a well-known spot on the way to Gokarna and Goa. What I did not know about it was that its beaches are probably the cleanest in the country

Some of the best places to eat in Gokarna include:

Some of the best places to stay in Gokarna include:

The best places to eat in Murudeshwar include: