Suresh Prabhu traveled in a Mumbai Local and took suggestions from co-passengers! 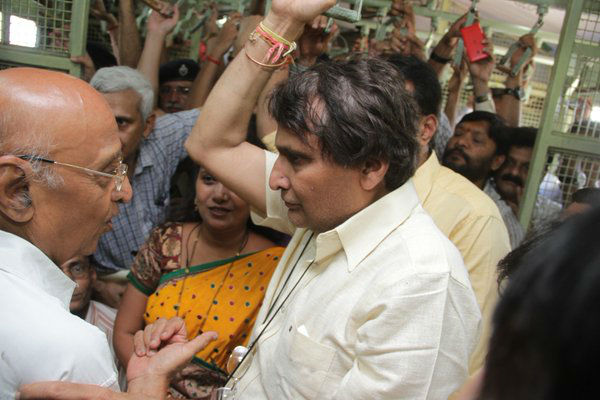 India’s Railway Minster has made news in the past few months for the Railway Budget 2016. While Suresh Prabhu didn’t make too many extravagant promises, his plan for the year seems solid and focused. With more railway stations being equipped with WiFi, we’re being hopeful! In fact, this morning he made news with something extremely simple. He took the Mumbai Local, not once but twice! Yesterday, he traveled to Currey Road station to lay the foundation stone for the FOB to be built at the station. Following which he decided to take the local all the way to CST station. Soon after he reached Mantralaya from where he updated the media about the upcoming plans along with Maharashtra’s Chief Minister, Devendra Fadnavis. Early this morning, he laid the foundation stone for a Foot Over Bridge and inaugurated a water vending machine at Khar Station. He then took the local from Khar to Vile Parle where he inaugurated the new Foot Over Bridge. Now if you’re wondering what’s so special about this, we have four reason why every Mumbaikar is probably feeling proud right! Also Read - JNU Violence Highlights: Student Protests Emerge Across Delhi, Mumbai, Kolkata; Film Fraternity Joins in 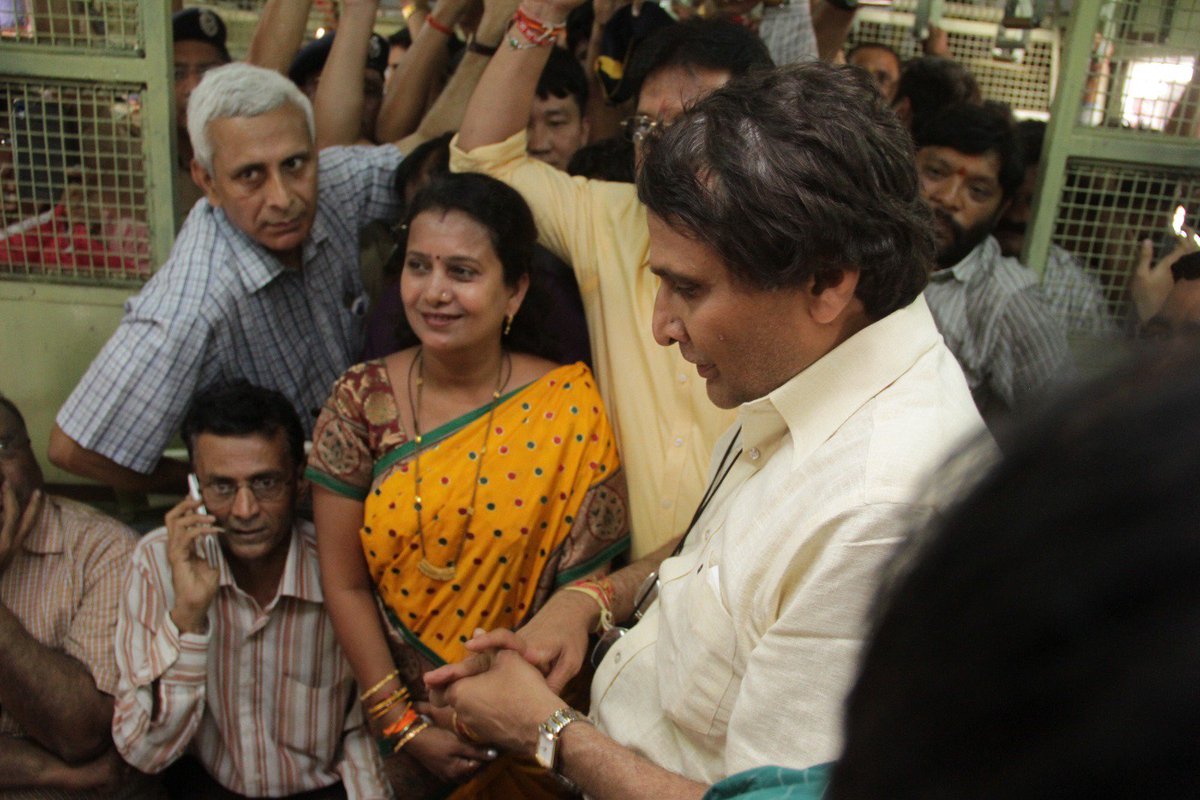 1. The fact that the Railway Minister, Suresh Prabhu took the Mumbai Local this morning itself proves that he thinks of himself to be just as much of a locale as probably you and I do! Despite being offered a seat, the minister preferred standing just like every other individual cramped in the train. How many times have ministers or even Bollywood celebrities taken the Mumbai Local, forget taking one during peak hours?   2. Not only did he commute via the Mumbai Local during peak hours on a weekday, but he also spoke to co-passengers who expressed their grievances to the minister himself. From the horrible condition of urinals on stations to unclean platforms and poor maintenance of the trains, it was all discussed in this short journey. 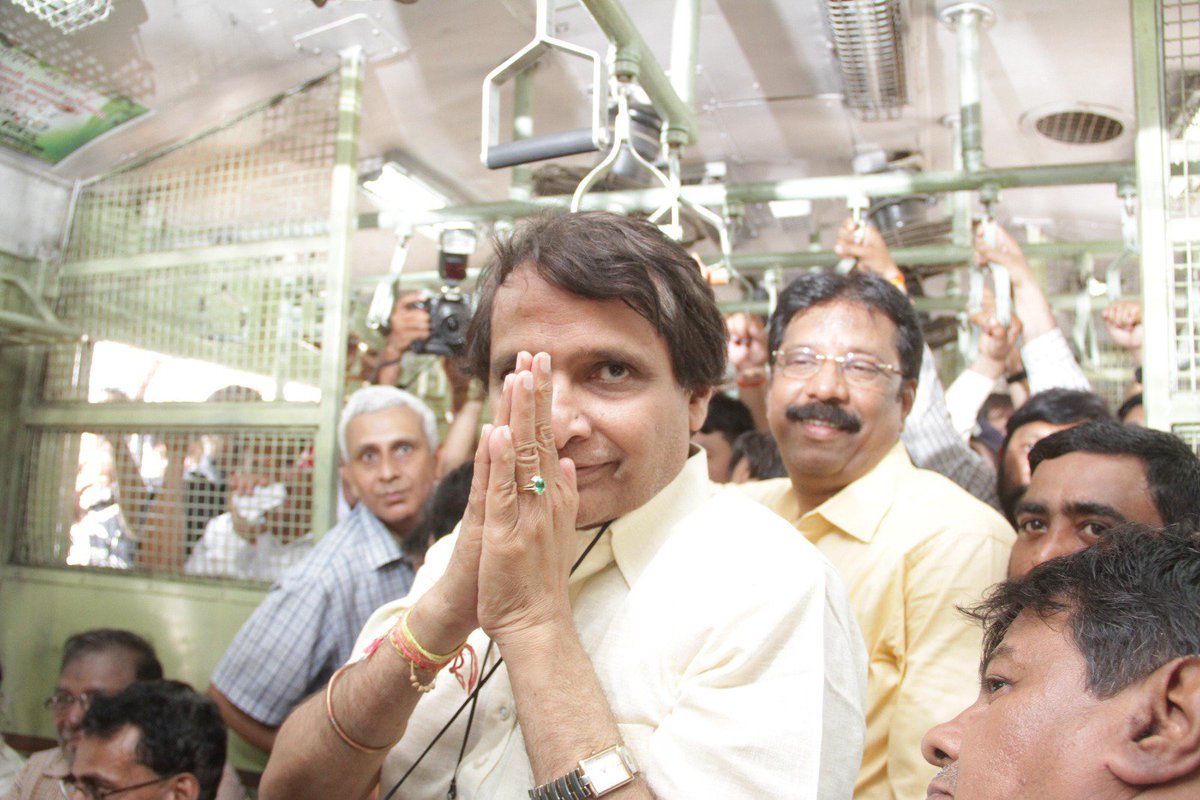 2. Not only did he commute via the Mumbai Local during peak hours on a weekday, but he also spoke to co-passengers who expressed their grievances to the minister himself. From the horrible condition of urinals on stations to unclean platforms and poor maintenance of the trains, it was all discussed in this short journey. 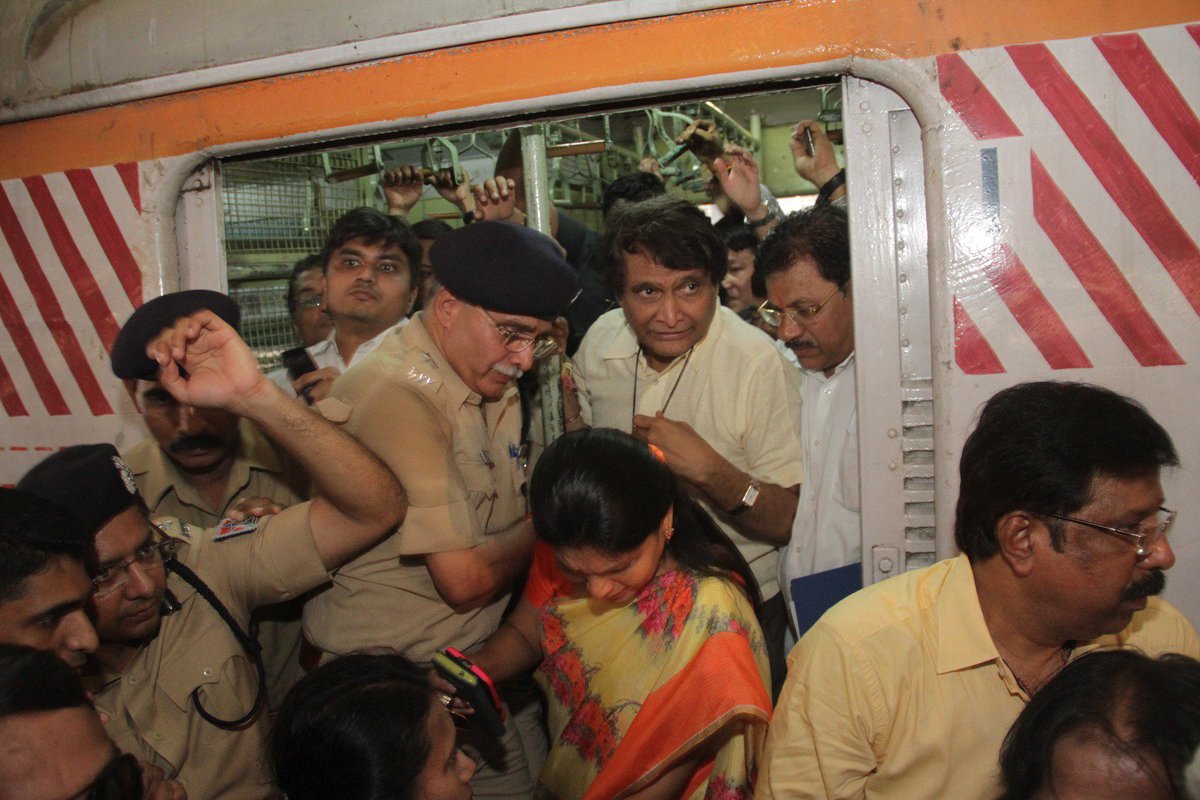 3. In fact, one of the passengers impulsively invited Prabhu to a wedding as well, we’re wondering whether he accepted or politely refused the invitations

MR @sureshpprabhu traveled in a local train from Currey Road to CST and interacted with commuters on 21.4.2016 pic.twitter.com/GJIsLRZngO

4. Apart from his train journeys, let’s take into consideration how much these stations actually needed new FOBs and they’re all work in progress! After all, Suresh Prabhu’s #PromisesInMotion is not just candy floss!

Sh @sureshpprabhu @RailMinIndia in a WR local train as he traveled from khar road stn to Vile Parle station. pic.twitter.com/DkEZsXtlZf