5 Awesome Things You Must Do in Adelaide, South Australia’s Coastal Capital

Here are 5 best things to do in Adelaide, that are attracting Indians. 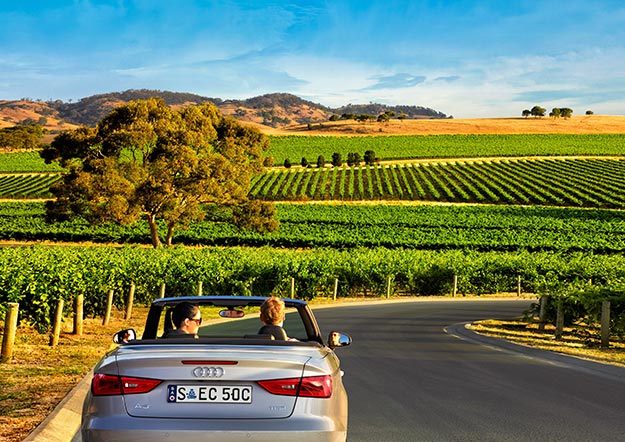 Australia has become one of the most sought after destination among Indians, with a record number of tourists flocking there every year. But it’s not just the popular destinations like Sydney and Melbourne that have grown in popularity. Many Indians are now choosing to explore more offbeat destinations like Adelaide located in the state of South Australia. According to the latest International Visitor Survey results released by Tourism Research Australia for the year ended September 2017, the number of Indians visiting South Australia went up by 18% compared to 2016. ALSO SEE 16 Stunning Pictures of Kangaroo Island in South Australia Will Make Your Day Also Read - India vs Australia 1st Test 17 Dec 2020: First Look of Adelaide Pitch Ahead of Pink-Ball D/N Test

Known for its pristine coastline, scenic landscapes, gorgeous wine regions, crowd-free beaches and sprawling wildlife that roam free across the State, South Australia was voted as the 5th Best Region to Visit by Lonely Planet in 2017. Some popular destinations among Indians within the State include Adelaide, Kangaroo Island, Barossa and the Fleurieu Peninsula. From outdoor adventure and city culture to fine wine and fine dining there’s plenty of reasons why Adelaide and the surrounds are fast emerging as the next big destination to visit in Australia. Here are 5 exciting things to do in Adelaide! Also Read - Australia vs India at 1st Test Adelaide: Head-to-Head Record in Pink-Ball D/N Test Between AUS vs IND 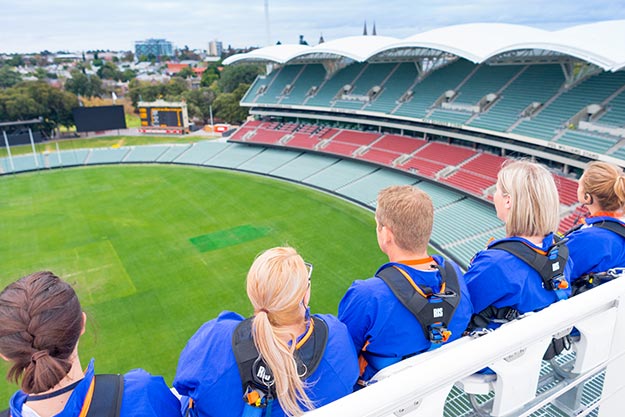 Right in the heart of Adelaide city lies the iconic Adelaide Oval which has witnessed some of cricket’s most epic moments including the memorable India-Pakistan ICC Cricket World Cup clash in 2015. But it isn’t just cricket that makes this stadium special. The Adelaide Oval is the only sporting stadium in the world where visitors can climb skywards on the popular RoofClimb tour for a bird’s eye view of the city stretching out the the hills on one side and the coast on the other. Hardcore adventure junkies and cricket lovers can even go a step ahead to lean off the edge over the hallowed pitch or watch 6 overs of a cricket match from the best seats in the house, a jaw-dropping 50 meters above the ground. Those looking for a little less adventure can get a behind the scenes tour of the stadium which includes a visit to the famous Bradman museum. With the first ever day-night test match between India and Australia at the Adelaide Oval later in the year, a visit to this icon is definitely not one to miss.

Get the ultimate wine experience at The Cube in Mclaren Vale 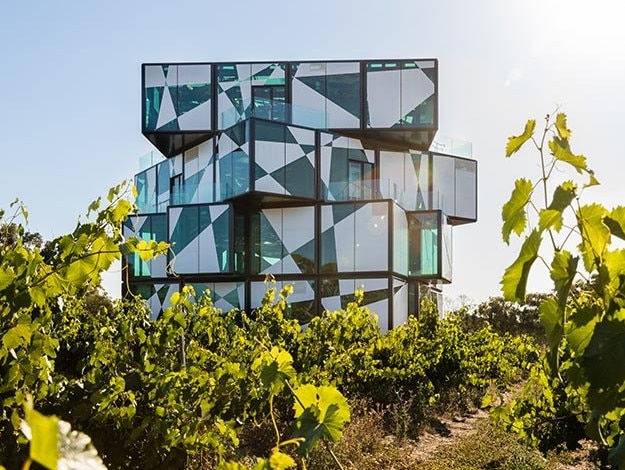 McLaren Vale finds itself sitting pretty at just a 45-minute drive from Adelaide. The region, famous for its picturesque vineyards that line the coastline, boasts of some extraordinary wine experiences including its latest addition, The d’Arenberg Cube. The Cube is the brainchild of Chester Osbourne, the fourth generation grape grower and chief winemaker of d’Arenberg winery, one of the region’s most well-known family owned vineyards. Also known as Willy Wonka’s wine factory, the 5-storey white and green structure was inspired by the Rubik’s cube to represent the puzzles and complexities of winemaking. As you enter the building, a custom made origami style door folds and opens and at that very moment you realise that you are about to have a trippy ride into wine wonderland. Each of the five levels have been designed to take visitors on a sensory journey and entice each of the five senses as you move up the building. From a contemporary wine museum, a ‘wine fog’ room, masterclass dining area and a roofed pavilion with both public and private wine-tasting bars overlooking views of the gorgeous vineyards, the Cube is geared to take you on an unforgettable wine journey. DO SEE Diving and Dining in South Australia: in Conversation With Chef Kunal Kapoor

Visit a zoo without fences on Kangaroo Island 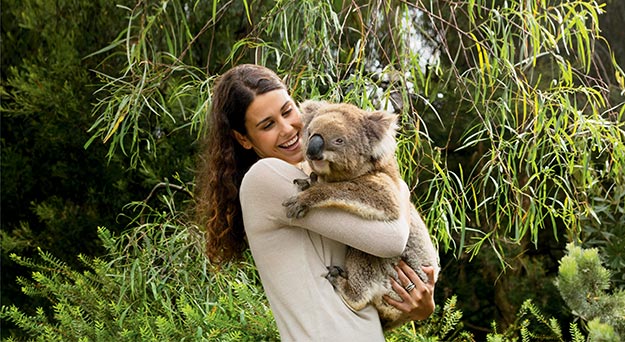 Kangaroo Island is South Australia’s best kept secret. An easy 3.5-hour drive/ferry or 30-minute flight from Adelaide, Kangaroo Island boasts of unspoilt nature, untamed wildlife and pristine white beaches. More than a third of the island is covered is dedicated to national and conservation parks making it one of the best places in Australia to see native wildlife in their natural state. The island is also home to Seal Bay, the only place in the world where visitors can walk among a colony of endangered Australian sea lion, and the signature Remarkable Rocks in Flinders Chase National Park, a natural formation of gigantic boulders sculpted over 3.5 mn years by winds, rain and pounding waves. For beach lovers, the 500km coastline is lined with no fewer than 50 secluded beaches which lead into sparkling turquoise blue waters. But the adventure doesn’t stop at nature and wildlife. With quad-biking through bushland, sand-boarding on rugged sand dunes and plenty of marine adventures there’s plenty to explore on the island. 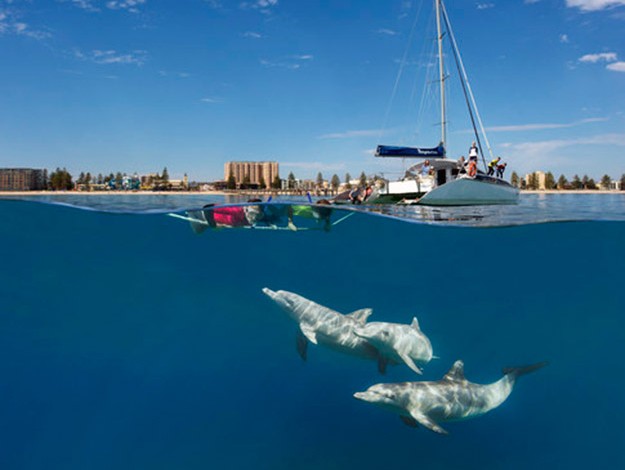 Glenelg is a charming seaside suburb just a 20 minutes away from Adelaide’s city center. To get there visitors just need to hop onto the vintage tram that has running through Adelaide since the 1920s. This lively town is most popular for its dolphin sailing tours with Temptation Sailing which depart from the marina several times in the day. More than a thousand common and bottlenose dolphins call these coastal waters their home and within minutes of leaving the jetty you are guaranteed to be surrounded by schools of them. Visitors have the option of watching the friendly dolphins from aboard the boat or getting into the water for a swim with them. The popularity of this town is not limited to the dolphins, it is also known for its sandy white beach, bustling shops and sidewalk cafes. Its picturesque public square called Mosley square is lined with palm trees and leads to the jetty which are the perfect spot to catch the glorious Adelaide sunsets along its West facing beach.

Fly high over the Barossa 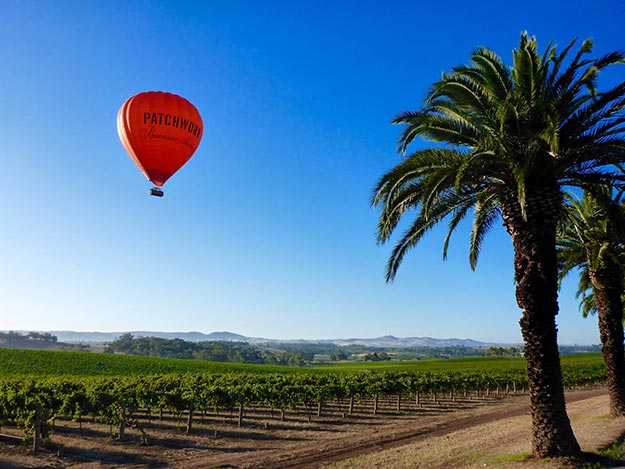 The Barossa is Australia’s most famous and greatest wine region, renowned for its vintage wines, fresh, gourmet food and cultural experiences. Just a 45-minute drive from Adelaide leads you to over 150 wineries and 80 cellar doors including some famous names like Jacob’s Creek, Penfold’s, Peter Lehman and Seppeltsfield. But extraordinary food and wine experiences are not the only reason to visit this place. The lush green vineyards that envelop this region are nothing short of picturesque and there is more than one way of exploring the beautiful landscapes – cycling, motorbiking, self-drive or customised tours.The best way to truly appreciate the sights is by getting a birds-eye view from the skies with a helicopter or hot air balloon ride. Within moments of lifting off you will find yourself gazing over rolling hills, charming villages, luscious vineyards and natural wonders that dot the patchwork vistas. The rides also glide pass signature landmarks including world renowned chef Maggie Beer’s Farm Shop, the famous Penfold’s vineyards and the scenic Lyndoch farms. You are guaranteed countless memorable pictures and the ride of a lifetime!