Monday is Ganesh Chaturthi and if you, like us, are excited about the festival here are five Ganesh pandals in Mumbai you absolutely must visit.

Even though Ganesh Chaturthi is celebrated all over the country, it is in the cities of Mumbai and Pune where the festival is celebrated with the most enthusiasm. While Pune has a far richer history of celebrating Ganesh Chaturthi — the festivities date back to the time of Shivaji — Mumbai comes a close second with the sheer grandeur of the celebrations. As we get set to celebrate yet another Ganesh Chaturthi, we bring you this list of the five most popular Ganpati pandals in Mumbai that you absolutely must visit during the festival: Also Read - Cyclone Nisarga Updates: Three Dead in Maharashtra; Power Supply to be Restored in Ratnagiri And Shrivardhan Soon 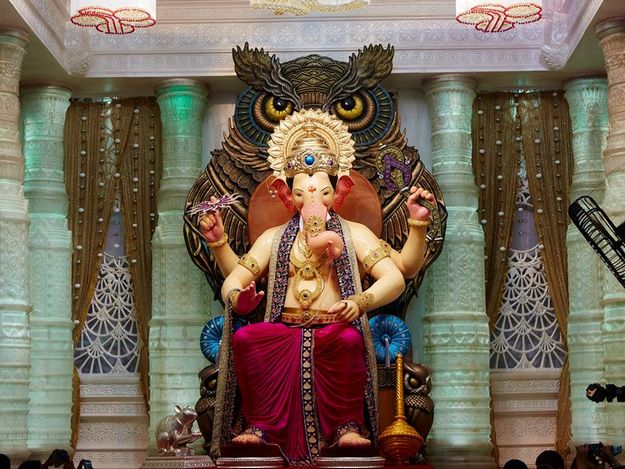 Also Read - Cyclone Nisarga: IndiGo Cancels 17 Flights to And From Mumbai, to Operate Only 3

Arguably the most popular Ganesha idol in the city, Lalbaugcha Raja Ganpati Mandal was founded in 1934. Each year, Lalbaugcha Raja attracts as many as 1.5 million devotees in the ten days of the celebrations. Lalbaugcha Raja is usually one of the tallest idols in Mumbai and one that has been made by the same family almost since its inception. Over the years, Lalbaugcha Raja has come to epitomize the festival as it is celebrated in Mumbai. One of the big reasons behind Lalbaugcha Raja’s popularity is the belief that he grants the wishes of his devotees. And so the organizers have even created a special queue for people who trek up to the pandal for this express purpose. There is another queue which just grants you a ‘darshan’ or a quick viewing of the spectacular idol as you move along. It isn’t unusual for people to stand in queue for as many as 36 to 40 hours just to offer their prayers to this 82-year-old Ganpati idol. Also Read - 'Touching Gesture'! Narayana Murthy Touches The Feet of Ratan Tata And Twitter Can't Stop Hailing The 'Historic Moment' 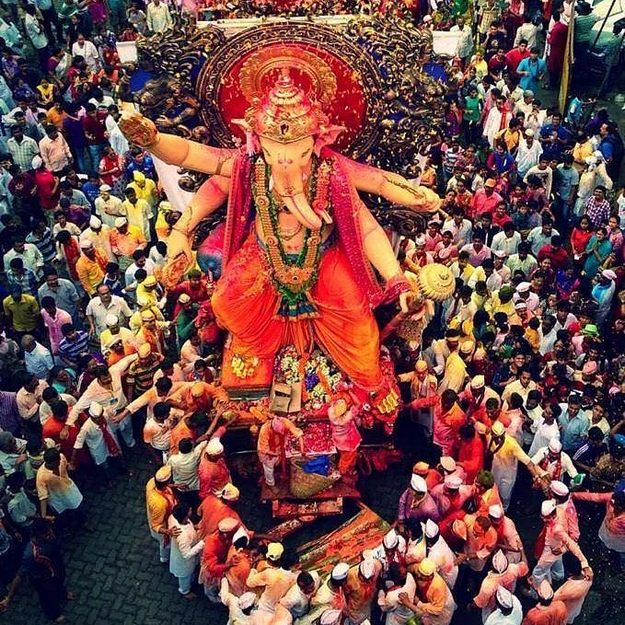 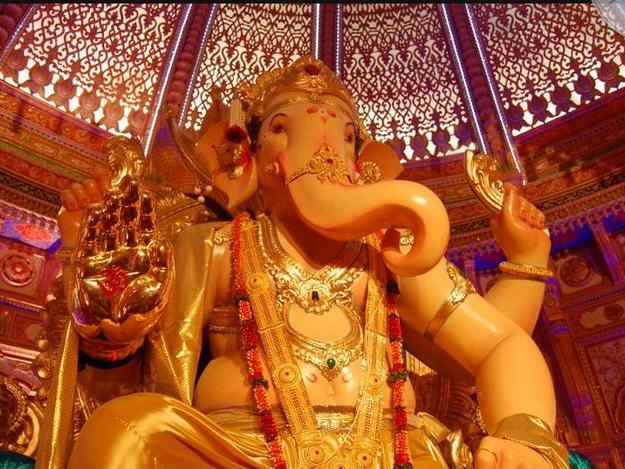 Talking of tall Ganpati idols, there is Khetwadi Ganraj, known for its initiative of creating the tallest Ganpati idol in the city. Even though the mandal was established in 1959, it really shot in the limelight in 2000 when it managed to build a 40-feet-tall idol, the tallest that year. This achievement was the result of a drive that started in 1984 when the organizers began requesting their patrons to contribute no more than one rupee to building the tallest Ganpati idol in the city. The idol of Khetwadi Ganraj is decorated with pieces of pure gold jewelry. During one particular year, they even used diamond-studded jewelry! Located in Girgaon in South Mumbai, the Khetwadi Ganraj is equally known for the decorations of the pandal. Just last year, they recreated Moti Mahal of Madhya Pradesh amidst which the Ganehsa sat. 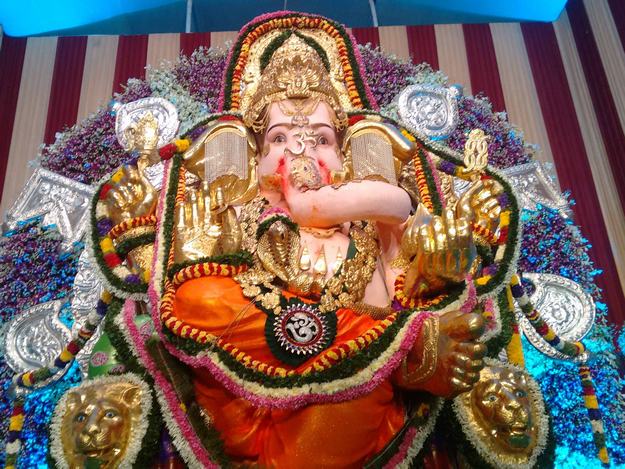 It is said that the Ganpati idols made by GSB Mandal are adorned with pure gold. By some estimates the gold on the idol weighs as much as 60 kg. Founded by the members of the Gowd Saraswat Brahmin (or GSB) community from Karnataka, this Ganpati mandal was established in 1954. Quite like Lalbaugcha Raja, the idol of GSB Seva Mandal is also believed to grant wishes of the devotees who queue up for his blessings. What also makes the GSB Seva Mandal stand out is the fact that it steadfastly refuses to play popular Hindi/Marathi songs, a trend that has caught on everywhere outside of the GSB. And unlike the major Ganpati mandals, this idol is immersed on the fifth day as against on the tenth day.

ALSO READ Ganesh Chaturthi: Everything you need to know about Maharashtra’s biggest festival 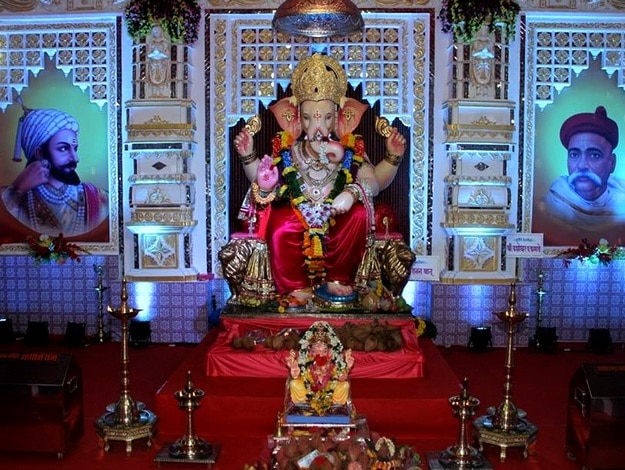 Started out by the employees of Tata Special Steel in 1966, the Andhericha Raja Mandal is now being run by the Azad Nagar Sarvajanik Utsav Samiti. While this may not be one of the tallest or the richest Ganpatis in the city, Andhericha Raja does boast of some pretty awesome sets as well as idols. In 2013, the organizers commissioned the creation of a set that resembled the Mahaganpati temple of situated in Ranjangaon, some 50 km away from Pune. The popularity of Andhericha Raja is so much that it takes almost 20 hours for the idol to reach its point of immersion, just a few km away!