Where do you go to let your hair down? Here are five best venues for dandiya nights! 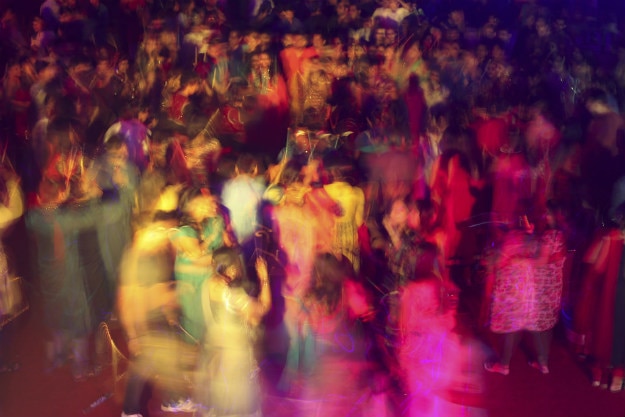 Navratri is upon us all and if you, like us, are dying to let your hair down and dance away your blues, here are five best Navratri venues from around the country. Pick the one closest to your home! Also Read - Cyclone Nisarga to Make Landfall Today; Maharashtra, Gujarat on High Alert | Top Developments

Falguni Pathak is generally acknowledged as the Queen of Dandiya’. The singer has been the single most recognizable face of Navratri dandiya in Mumbai for several years and one who is always in high demand for these nine days of festivities. This year, Falguni Pathak will perform at Pushpanjali Navratri Utsav this year in the Mumbai suburb of Borivali.

The folks at SVP stadium like to keep it help and so you are invited to buy special LED dandiya sticks that will dance to the beats of Gujarati folk songs as well as contemporary Bollywood numbers. Get your ghaghra-cholis ready as you join the party at SVP Stadium. Parthiv Gohil will perform live for you. The dance will go on until midnight.

The air-conditioned exhibition center serves as a perfect getaway from the heat and grime (or unseasonal rains) of Ocrtober. Shanku’s Dandiya will feature some well-known local artistes such as Chetan Rana, Sanai Rawani, Rajesh Modi, Zarna Kotecha and Priya Patidaar among others.

The dandiya celebrations at the Navlakhi Garba Ground in Vadodara are rustic and very traditional. Expect a lot more folk songs than Bollywood numbers from local singers like Gautam Dabir and Anupa Pota.

Delhi may be better known for its Durga Puja pandals but Adventure Island throws a pretty neat Navratri party too. However if you’re expecting to dance through the night you will be disappointed. The party starts early (7.30 pm) and winds down at 10.30 pm. While at Adventure Island, take a break from the dancing and enjoy the food, rides, street magic and of course, the garba troupe.

Significance of the 9 colors of Navratri

Top 5 places in Delhi for Navratri celebrations and dandiya nights

6 Durga temples you must visit in India during Navratri