5 Island Destinations in India for An Escape from The Mainland

Far from the reaches of the mainland, these island destinations in India are a world apart. They offer an escape from the monotony of life in the cities, with their sun-kissed beaches, beautiful sunrises and sunsets and sense of peace and detachment from the world.

An island vacation is probably the ideal getaway for many travelers, and we are lucky enough to have plenty of islands around the Indian peninsula to explore. Some of them are ideal for water sports and other adventure activities, while others offer plenty of sunny beaches that are perfect for long walks and lazing around. Others still have their own history and culture waiting to be explored. Depending on what you want to do on your getaway, here are some of the best islands in India for a happy escape. ALSO READ: 15 most beautiful islands in the world that will leave you mesmerised! Also Read - Two Asymptomatic People in Kerala Test COVID-19+ Despite Completing 14-day Quarantine

Willingdon Island: a man-made resort island that offers the best of Kerala Located off the coast of the city of Kochi in Kerala, Willingdon Island is a well-made resort island perfect for a rejuvenating getaway. It is one of the largest man-made islands in the country, named after a former Viceroy of British India. Built in the late 1930s, the island today is part of the Kochi Naval Base, the port of Kochi and the Central Institute of Fisheries Technology. Given its colonial roots, it is also home to plenty of buildings from that era, along with more modern structures and some of the best hotels in the region. Lying in the heart of the Cochin Shipyard area and overlooking the Arabian Sea, the island’s luxury hotels are a big draw, along with its Ayurvedic treatment facilities and seafood cuisine. Also Read - Kerala Police Releases Drone-monitoring Montage Amid COVID-19 Lockdown, Laced With 'Tracer Bullet' Commentary | Watch Here

Grand Island: a window into another part of Goa

Goa is famous for its beaches, shacks, parties and seafood. It is what most people get to see in the state’s beaches. But there is so much more that Goa has to show, hidden under the blue waters off the coast. This hidden underwater world is best explored in Grand Island, located a few kilometers west of the Mormugao peninsula in South Goa. Also called Grande or Grandi Island or Ilha Grao, the eastern part of this island is sometimes referred to as Mortar Island. The place is a paradise for divers and snorkelers, because the clear blue waters around it are the perfect window into the marine ecosystem of Goa. With a depth of 7-20 meters near its shores, the island is suited for beginners and professionals. Suzy’s wreck lies just by the shore, while more experienced divers can explore the Davy Jones Locker ship a little further off. Also Read - Good News! India's Oldest Covid-19 Survivor, Wife Discharged in Kerala

Rameshwaram: an island deeply rooted in religion with a tragic tale 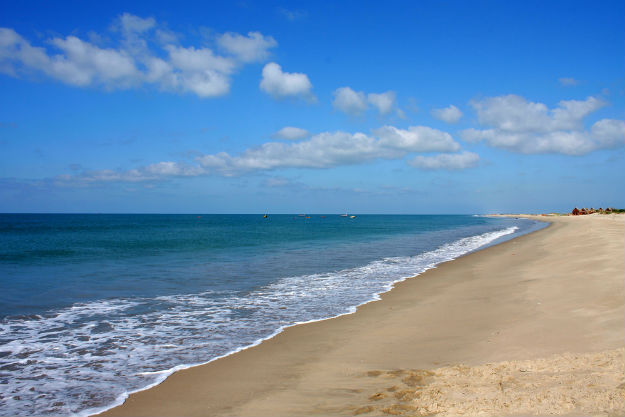 Lying on the Palk Strait that separates India from Sri Lanka, Rameshwaram is an island steeped in history. It is a popular Hindu pilgrimage site because of its importance in the epic Ramayana. It is also mentioned in other ancient Indian scriptures, with some historians suggesting that it could have once been part of a narrow landmass connecting Indian to Sri Lanka. Today, the island and its namesake town is part of the Gulf of Mannar biosphere reserve, with the Indian Ocean and Bay of Bengal merging at the southern tip of the island. Connected by a 2 km road bridge and a cantilever rail bridge through the Pamban Channel, Rameshwaram has plenty of stories to tell. For a religion journey, visit the Ramanathaswamy Temple, Dhanushkodi Temple and Gandhamadhana Parvatham. Do not forget to visit Dhanushkodi Point, with its spectacular views and ruins of the town that was wiped out a 1964 cyclone.

Port Blair: a culturally rich destination with its own dark past

If you plan on traveling to the Andaman Islands, Port Blair is probably your first port of call. It is the capital of the island chain and one of the largest towns. And despite the fact that it does get busy at times, Port Blair is a beautiful tourist destination in its own right. Located in the eastern coast of South Andaman Island, Port Blair has plenty of places to explore. The Cellular Jail is the big highlight here, offering a glimpse into the dark past of the island under British rule. There is also a guided visit to the ruins of Ross Island. For a comprehensive lesson on the history of the port, do visit the sound and light shows that take place from time to time. Beach bums can head to Carbyn’s Cove beach, and history buffs can check out the Samudrika Museum as well.

Havelock Island: home to the best beaches of India 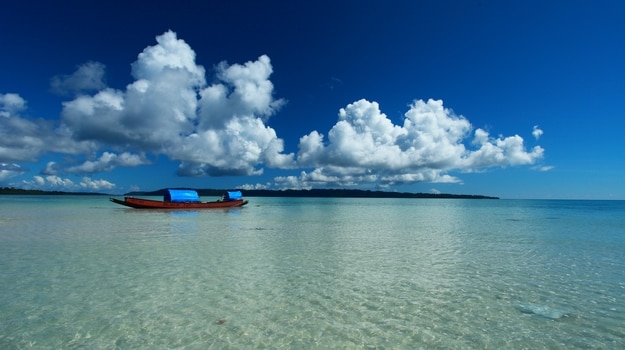 Located around 30 km from Port Blair, Havelock Island is one of the most visited islands in the Andaman chain, and for good reason. The place is famous for its scuba diving sites, coral reefs and, of course, its pristine beaches. Named after a former British Major General, Havelock Island is mostly populated by mainlanders, particularly Bengalis. Despite its popularity among tourists, it holds the same charm as it did when it was lesser known, and that is a big reason for its continued fame. The island is part of the Ritchie’s Archipelago of small islands, and it is one of the select locations where the government promotes eco-tourism. Its crown jewel is the Radhanagar Beach, but there are other beaches like Vijaynagar and Elephant beach that are well worth the visit. NOW SEE: Stunning view of Radhanagar Beach on Havelock Island with trees and bushes in the foreground