Olympics 2016 are underway in Rio de Janeiro. But you don't necessarily have to be a sports fan to visit this magical city. 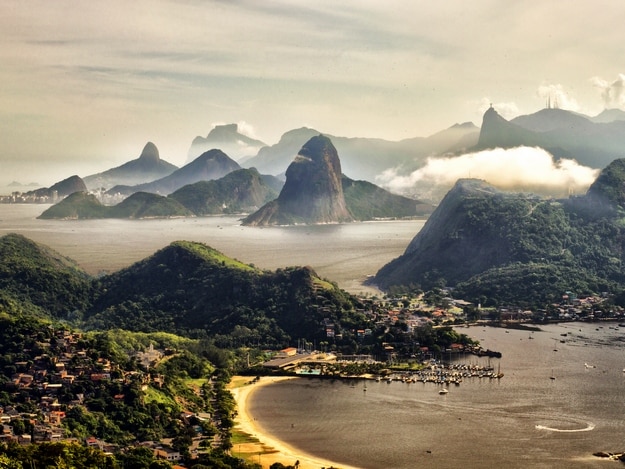 Rio de Janeiro is hosting the 2016 Olympics and the city is quite aptly called Cidade Maravilhosa or The Marvellos City’. By some estimates Rio is expected to host some 500,000 tourists just for the duration of the Olympics. With mountains on one side and the sea on the other, Rio is home to not just some of the most exotic beaches but also lush green forests. It also helps that the folks at Rio are as open-minded as they are carefree making Rio one of the most popular destinations for LGBT travelers. Founded by the Portuguese in 1565, Rio de Janeiro is a city for all seasons. But if you’re still looking for a reason to visit Rio de Janeiro, we’ll give you five! ALSO READ 14 countries where INR is stronger than local currencyAlso Read - Watch: Horrific Video Captures Moment Canyon Wall Collapses And Traps Tourists in Brazil 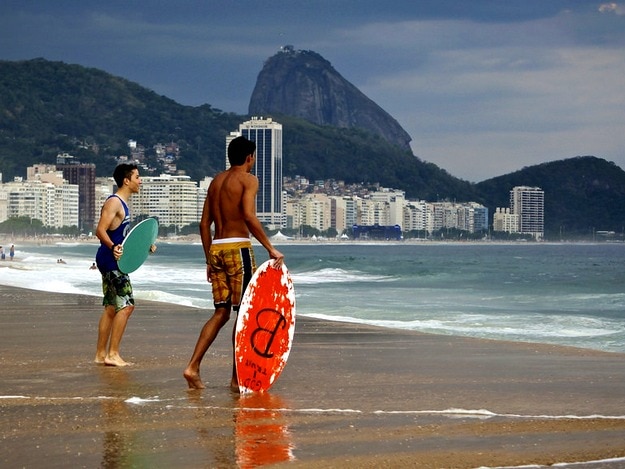 Olympic sports come with strict specifications and so for the last three Olympics — Athens in 2004, Beijing in 2008 and London in 2012 — organizers had to ship sand to the venue, sometimes from other countries. But that’s not the case at Copacabana, where the sand is just perfect for Beach Volleyball, a sport that calls Brazil its spiritual home. Copacabana lies at the heart of this very game and is for good reason called one of the best beaches in the world. There is almost always something happening at this four km-long beach — whether it is a game of football or volleyball or a party or just a bunch of sunbathers chilling out on the beach. Copacabana is perhaps the best introduction to Brazil and its culture. Heck! Even the Pope couldn’t resist a trip to Copacabana when when he was in Rio! Why should you stop yourself? ALSO READ 7 alluring beaches in Rio de Janeiro Also Read - Brazilian President Bolsonaro Hospitalized In Sao Paulo For Obstructed Gut, May Need Surgery

2. It is, after all, the Marvellous City 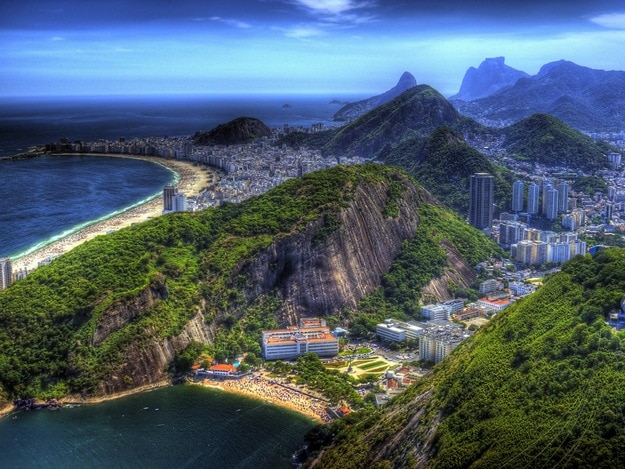 Rio gets its name from a misunderstanding on the part of Portuguese explorers who on January 1, 1502 sailed into what they believed was the mouth of a large river that flowed down from the hills upstream. So they called the region Rio de Janeiro or River of January. But what they believed to be a river was in fact a bay that is called Guanabara Bay. Rio may have its share of problems — and it has a lot, ranging from crime to traffic to poverty — but its people always seem to find a reason to celebrate. Brazilians are exuberant and lively and they embrace life to the fullest. It comes as no surprise that Rio is called Cidade Maravilhosa or the Marvellous City. Also Read - Viral Video: Man Flies Helicopter Made From Discarded Car Parts, Jugaad Stuns The Internet | Watch 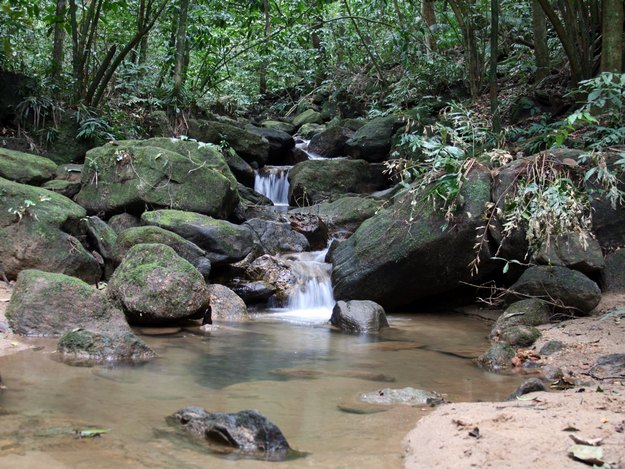 Remember the lush hills that the Portuguese explorers saw on New Year’s Day of 1502? The Tijuca is all that remains of the rainforest that once surrounded Rio. Even so, spread across 39 sq km, this national park is one of the largest urban forests in the world. With a well-marked trail system and several picnic spots, Tijuca National Park is a haven compared to the crowded and polluted Rio. It is popular not just among families but also among serious hikers who climb to the very top of Pico da Tijuca. Just think of Parque Nacional da Tijuca as Borivali National Park, only a lot bigger and a lot more exotic. ALSO READ 10 things you should do if you are in Brazil right now! 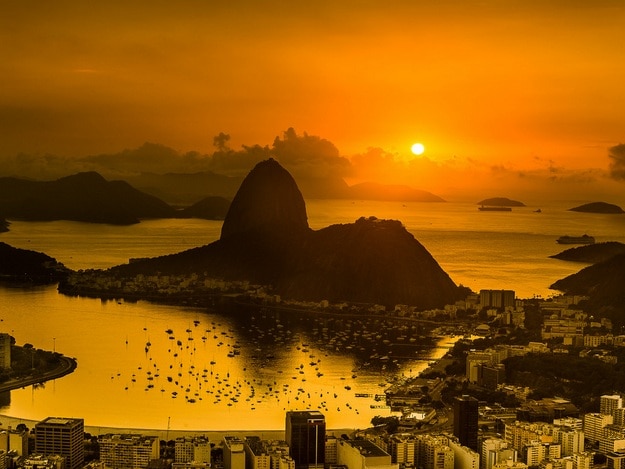 The point where Guanabara Bay meets the Atlantic is Sugarloaf. This monolithic granite peak rises almost 1300 feet above the harbor and gets its name from the resemblance it bears to the shape of a concentrated refined loaf sugar. A cableway takes you to the top of the mountain that offers such spectacular views of the sunsets that it isn’t unusual for audiences to break into an applause! Just as breathtaking are its sunrises. Exhibit A above!

5. The iconic statue of Christ the Redeemer (of course) 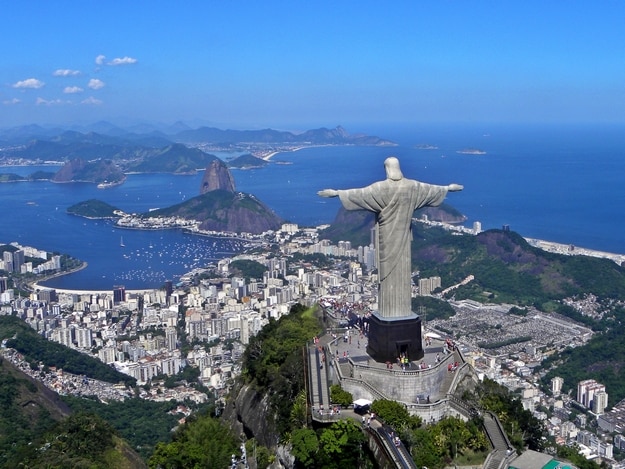 In so many ways Christ the Redeemer is to Brazil what Taj Mahal is to India. The iconic statue that has come to be the symbol of Brazil watches over Rio de Janeiro from the top of the 2,316-feet high Corcovado Mountain. The statue, unlike several other iconic monuments around the world, is relatively young. It was inaugurated only in 1931 at the end of a competition that invited ideas to construct a monument that best represented Rio de Janeiro’s spirit. The road to the feet of Christ that passes through the quaint streets of Cosme Velho and the tropical Tijuca National Park is as charming as the spectacular views from the top of the mountain. Have interesting travel photos youd like to share with us? Send photos from your travels to travel@corp.india.com, dont forget to mention where youve shot the picture and get a chance to be featured on our website! So what are you waiting for? Hurry! Have something to add to this story? Post your comments in the discussion board below; we will be thrilled to hear from you!