5 travel documentaries about India that will ignite your wanderlust

These documentaries will take you on a journey across India. 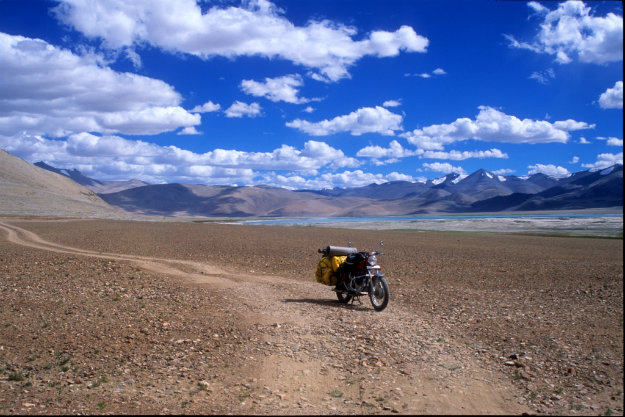 Travel is all about experiencing a new culture, meeting interesting people and tasting the exciting new flavors that let you see a place in a new light. Travel documentaries are perfect to inspire you to travel and explore unknown places. The image of joyous rain and an open road will force you to pack your bag and hit the road. Here are some travel documentaries about India that take you across the length and breadth of the country. Also Read - Amid Tensions With China, PM Speaks to Bangladesh's Sheikh Hasina And UAE's Bin Zayed

Way Back Home is an amazing Indian travelogue series hosted by Rohan Thakur. The series, which is independently produced by Shoelace Film, explores the lesser known parts of the Himalayan valley. The unscripted cinematic style of filming and soulful background score capture the diversity of this land and life of its people. (ALSO SEE This stunning documentary on the Sherpas of Mt Everest will bring tears to your eyes) Also Read - India an Attractive Investment Destination, Says Anurag Thakur

The season 3 of Parts Unknown, which is a CNN global series, is hosted by bestselling author and world-renowned chef, Anthony Bourdain. His travel begins with an episode dedicated to Punjabs flavors. He introduces audiences to the culture of the state which is known as the breadbasket of India.

3. Riding Solo to the Top of the World

This film follows Gaurabv Janis solo motorcycle trip from Mumbai to the Changthang Plateau in Ladakh. The solo journey to the Changthang Plateau, which is considered one of the remotest places in India, is filmed by Gaurav himself (there was no film crew). The documentary is produced by Dirt Track Production. (ALSO SEE 10 travel books that will take you around the world!)

This Indian travelogue is directed by Gaurav Jani and follows five biking enthusiasts on a journey across the Himalaya. Produced by Dirt Track Productions, the documentary takes us on unexplored routes to Arunachal Pradesh. The film was released in 2009.

This is an adventure documentary that follows Keith King and Ric Gazarians 12-day-long autorickshaw rally from Mumbai to Chennai. The two friends travel 1300 kilometers in a rickshaw braving heat and rains. The 80-minute film is filled with exciting moments and funny wits.