5 Types Of People You Meet On A Mumbai Local Train

When you travel in a Mumbai local, you are sure to learn a lot about the city of dreams. not only does it give you a sneak peek into the pace of the city, it also introduces you to some of its peculiar people. These are the 5 types of people you are most likely to meet in a Mumbai local.

One of the first things you notice when you visit the city of dreams, Mumbai, is that people are always on the move. No matter what time of the day it is, the pace of life in Mumbai seems to be faster than almost anywhere else in the world. And as you look closer, you realize that the local trains in Mumbai have a huge role to play in this. Trains are the lifeline of people living in Mumbai. The city is vast and people need to travel from one corner to another for work, appointments, personal commitments and even sight-seeing. Vehicular traffic on the roads during peak hours is unbearable, sometimes with the shortest distances taking hours to cover. As such, trains are the best way of moving around in the city. When you do make a habit of travelling by local trains in Mumbai, you cannot help but notice there are a few types of people you encounter on a daily basis. We have already given you some startling facts about the Mumbai local trains. Here are 5 types of people you are likely to encounter while travelling in a Mumbai local. Also Read - 'Touching Gesture'! Narayana Murthy Touches The Feet of Ratan Tata And Twitter Can't Stop Hailing The 'Historic Moment'

The guy who stares Yes, they stare and they dont care. This is the guy who will fix his gaze on you and refuse to blink or look away. First, you will think whether you should just smile, after a few moments you will realize that it is getting creepy. And finally, you will just give up and do your own thing. Also Read - Mumbai Mega Block on December 29: Local Trains on Central, Harbour Line to be Affected; Special Services to Run Between Panvel And Kurla - Complete Details Here

The woman who quarrels 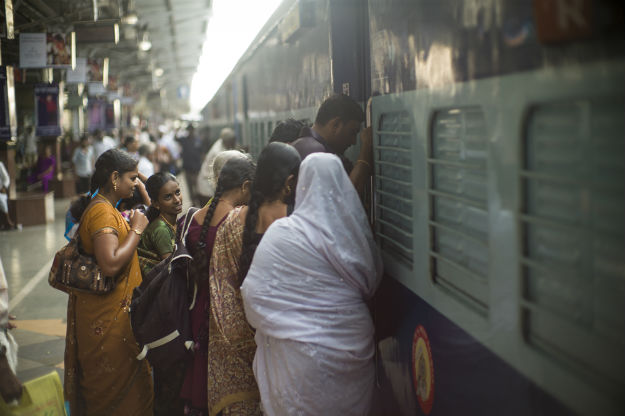 No matter what compartment of the train you are in, you are sure to hear at least one woman shouting on top of her voice threatening to destroy the life of a co-passenger. The reason can be anything from someone blocking the door, an unintentional push or a quick glance which she may have misunderstood. 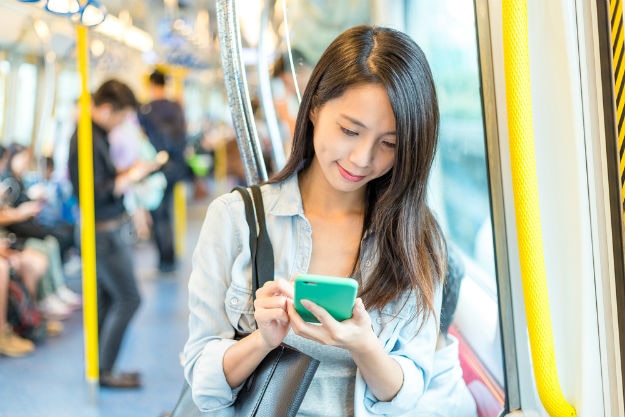 With the advent of smartphones, the world has changed for young romantics. Now, travel time can be used to keep in touch with your boyfriend/girlfriend via romantic texts, mushy emoticons and cute voice notes. You are likely to sit across at least one teenager who will be blushing away to glory texting his loved one. Ah, young love!

These are the other kids who were never able to find someone for a romantic relationship because they were buried in their books. These are the boys and girls who want to stay ahead of everyone else in their classroom. So, they use the time on hand to prepare themselves for the day ahead by studying everything in advance. DO SEE Passengers brother tweets to Indian Railways about delayed train, what happens next will make you proud!

Prayers are an important part of daily life in Mumbai (and India in general). With the busy lifestyle and early morning starts, it sometimes becomes difficult to keep up with prayer sessions at home. So, several devotees use their transit time efficiently by teaming up with fellow passengers and breaking into musical prayer sessions. They sing devotional songs while playing little musical instruments like the If you travel early in the morning, you are sure to witness such a session which, for what it is worth, can be quite a rewarding experience.