8 Indian Chillies You Must Know About!

There are many varieties that are grown across India and some are mentioned below. 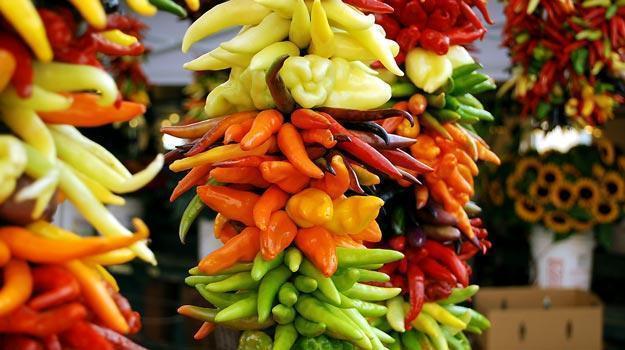 Spice is nice! For a majority of us Indians, a dish lacking in spice or without chillies is unfathomable. One would be left gaping at the dish in complete horror! Most dishes served across the country incorporate the famous (or infamous) chillies either by adding a dash of it or stirring in a liberal amount of it. Whether you’re an Indian or a tourist, your palate is inevitably subjected to a glorious or a horrifying encounter with the good old chilli. Even the humble chilli has its medicinal properties and if eaten moderately has curative effects on one’s body. There are over 400 varieties in the world and almost 16 per cent of the world’s food production is attributed to the chilli. India is the largest producer of chilli followed by China. There are many varieties that are grown across India and some are mentioned below.

Known more for its colour than its spice, this chilli is ground into a powder and used not only in Kashmiri dishes but in many dishes across the country and the world to add a beautiful red colour to the dish as well as enhance the dish’s taste. It’s so mild in its spiciness that it measures barely 2000 SHU (Scoville Heat Units). The Scoville Heat Scale measures the spiciness or the hotness of a chilli. The highest is Pure Capsaicin and Dihydrocapsaicin which measures 16,000,000 SHU. Now you can understand exactly how mild the Kashmiri Chilli is!! 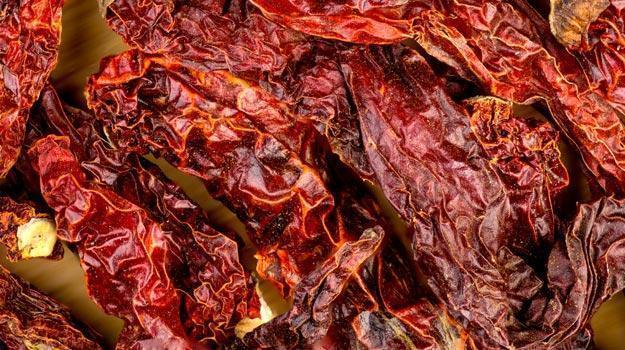 Andhra cuisine is famous for its extremely spicy dishes and the chilli responsible for this is the Guntur Sannam – S4. The Sannam chilli has many varieties that are grown not only in Andhra but also in states such as Madhya Pradesh. Known for its heat, unless one is used to such a high level of spiciness, you will find many people in tears when eating delicious Andhra dishes. As the name suggests, it’s grown extensively in this region. This chilli has become so popular, it is exported to all over the world. It accounts for roughly 30 per cent of India’s chilli exports. 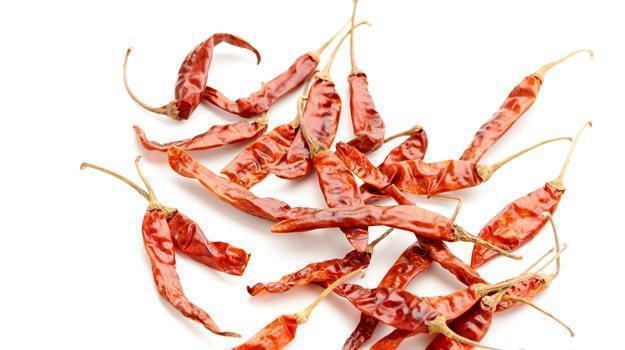 This is grown in the North East and is tiny but packs a punch in terms of spice. It is used not only in cooking but also used in chutneys and pickles. When eating a pickle made of these chillies, it is best to literally take half a teaspoon on your plate to begin with and to savour it by eating tiny portions of this quantity. That way your tears don’t flow in torrents! 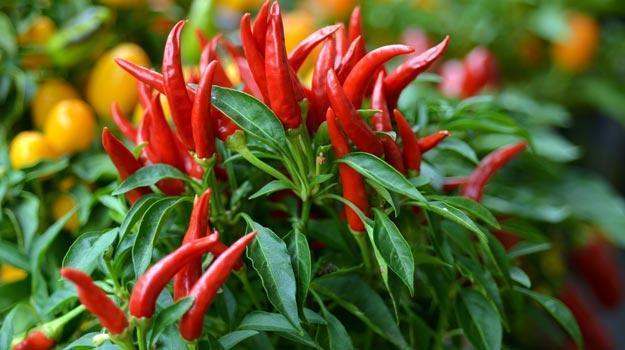 They comprise of some varieties of chillies which are rank as some of the hottest chillies in the world. Supposedly the Indian Army wants to use some of the varieties of chillies as weapons! They are extremely hot that after eating it people have reported of eyes burning, leaky noses; people collapsing, vomiting and getting stomach cramps. Some have even retired to their beds for a day or two to recover from the effects! 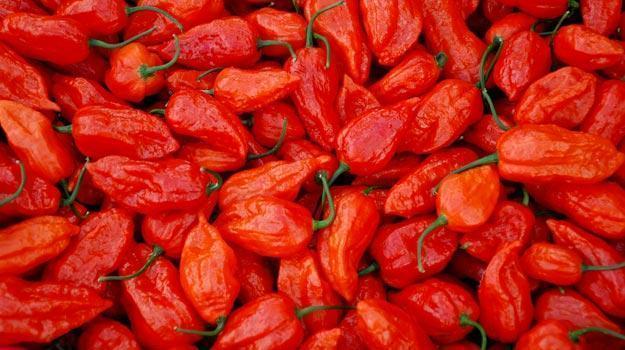 Grown in Tamil Nadu and Andhra, they are small and round with a thin skin. It has a very unique flavour. They are barely spicy but have a unique flavor which enhances the flavours of many dishes. 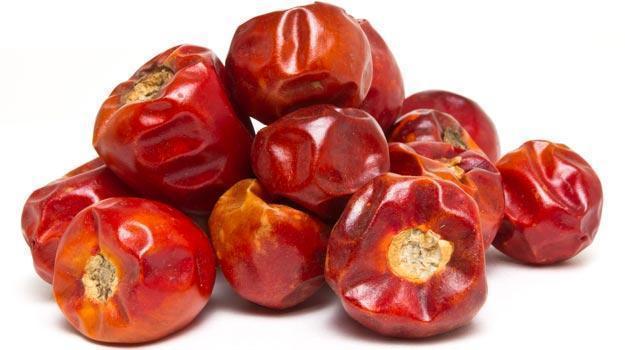 Grown primarily in Gujarat, this chilli is grown all over the country and is used widely in India for cooking. Though it’s green initially, once it matures it turns red in colour. They can even be grown at home. It is one of the country’s most important crops. 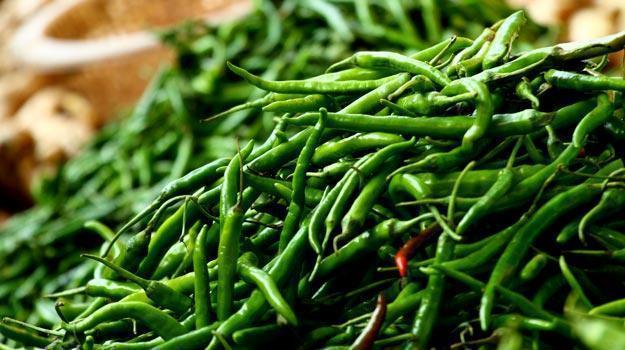 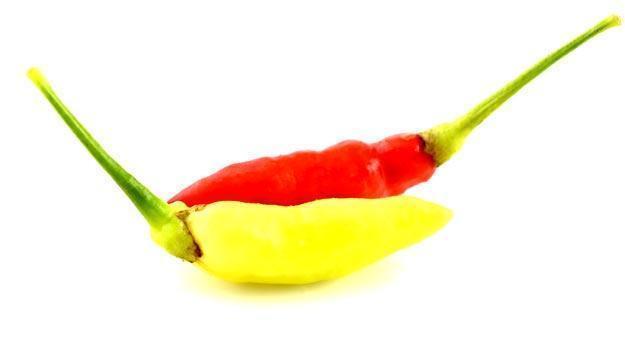 This chilli is grown in Karnataka. It is is long and has a thin skin, and when it’s dried has a crinkly appearance. It is known for its colour and pungency and is consumed across India. The Byadagi Chilli is similar to Paprika. 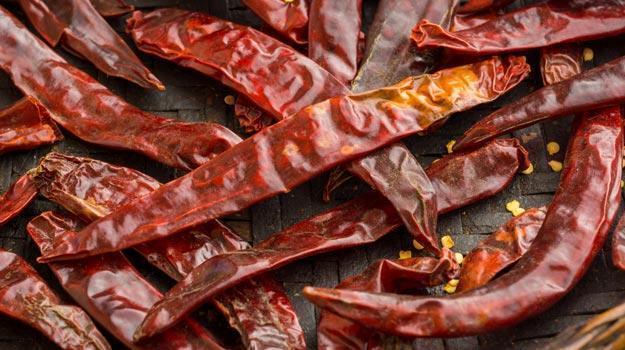 There are many more varieties which are produced across India and which are consumed in those regions. Chillies are integral to Indian cooking and most of us Indians have developed stomachs of steel having grown up eating chillies. Used in almost every dish, it’s a major commercial cash crop in our nation and though the chilli arrived in India only in the 16th century, it’s now become synonymous with our cuisine.