Here Are 9 Interesting Facts About Howrah Bridge You Should Read About!

If anyone mentions Kolkata, the first place that comes to the mind is Howrah Bridge. 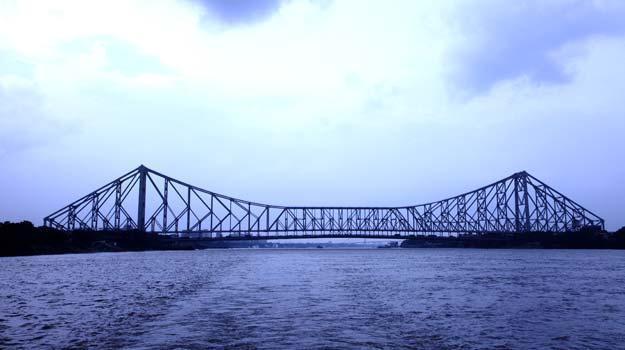 If anyone mentions Kolkata, the first place that comes to the mind is Howrah Bridge. While visiting Kolkata, Howrah Bridge tops the list of places to see in the city. This Bridge attracts tourists for numerous reasons. It has several interesting facts that one likes to hear and read. Here, we have listed down 9 amazing facts about Howrah Bridge which you might not have heard before! Also Read - NIA Busts Major Terror Module, Arrests 9 Suspected Al-Qaeda Operatives For 'Plotting Attacks on Vital Installations'

2. The bridge does not have nuts and bolts and was built by riveting the whole structure.

3. On June 14, 1965, the bridge was renamed Rabindra Setu after the great Bengali poet Rabindranath Tagore. However, it is still popularly known as Howrah Bridge.

4. It carries a daily traffic of approximately 100,000 vehicles and possibly more than 150,000 pedestrians, making it one of the busiest cantilever bridges in the world.

5. At the time of its construction, it was the 3rd longest cantilever bridge. Now, it is the sixth-longest bridge of its type in the world!

6. The first vehicle to use the bridge was a solitary tram.

7. Bird droppings and human spitting cause corrosion to the bridge. The Kolkata Port Trust (KoPT ) engaged contractors to regularly clean the bird droppings, at an annual expense of Rs. 500000. The KoPT also spent Rs. 6.5 million to paint the entire bridge, which required a total of 26,500 litres of paint.

8. The construction of Howrah Bridge consumed 26,500 tons of steel, out of which 23,000 tons of high-tensile alloy steel, known as Tiscrom, was supplied by Tata Steel.