The secluded hill station of Mukteshwar is a welcome change from the hustle and bustle of nearby Nainital. 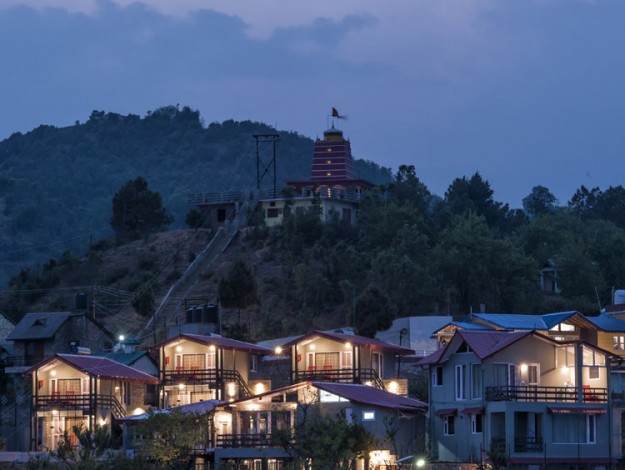 The Birdcage in Mukteshwar at night, Photograph courtesy: The Birdcage

Located around 2,300 meters above sea level, the hill station of Mukteshwar lies a little out of the way from the usual tourist haunts in Nainital district. But the ‘Apple Country’ as it is fondly called has its perks. It is secluded from the tourist circuit, offering peace and tranquility that you may not find elsewhere in the picturesque district in Uttarakhand. The mountain destination gets its name from the Mukteshwar Dham, a 350-year-old temple that venerates the god Shiva and lies at the top of the mountain. The temple itself derives its name from another name of Shiva; Mukteshwar translates to the deliverer of salvation (Moksha). ALSO READ: Brhama Sthali  a walk over clouds Also Read - 2021 Haridwar Kumbh: In a First, Number of Pilgrims to Be Restricted; Entry Passes to Be Issued

From the peak, the temple offers a stunning view of the upper Himalayas in the distance and the Kumaon Himalayas that rise around it. Covered by apple and fruit orchards and coniferous forest, Mukteshwar was developed since 1893 by the British as a research and education center. Today, the enchanting hill town has its share of sights and things to do. There are nature trails to the forests and villages around the town that are perfect for short hikes. Bird lovers will get the chance to spot plenty of birds that are endemic to the region. And there are waterfalls and streams to explore and sunrises and sunsets to savor. Also Read - Fossil of Newly Discovered Ape Species, Dating Back 13 Million Years, Unearthed in Uttarakhand 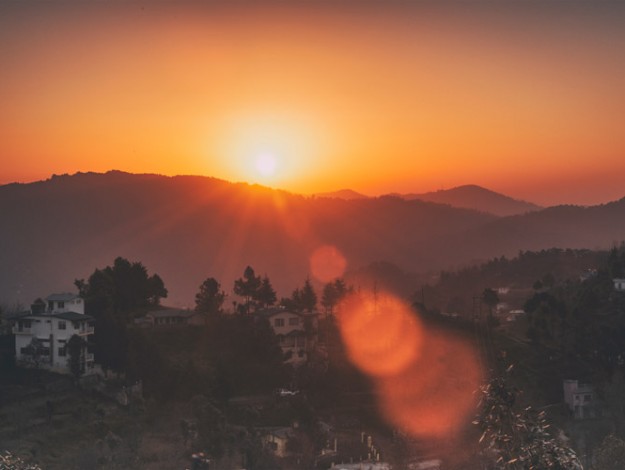 And nestled in Mukteshwar is a nice little hill stay that promises to let travelers ‘unlock themselves’ and get away from their day-to-day lives. ‘The Birdcage’ in Mukteshwar is built by the same team behind the famed Drifters’ Inn & Cafe in Manali. It is pegged as a place of rejuvenation, offering an unadulterated experience of Mukteshwar and its serene spirit combined with urban amenities that we all have come to need. You can spend your time here reading a favorite book or playing board games, and then look up and stare at the star-filled night sky when the sun sets, warm beside a bonfire. On clear winter days, you’ll be able to glimpse the snow-clad Himalayan peaks that may not be visible during the monsoon and summer months. NOW READ: Top 10 honeymoon destinations in Uttarakhand where love is in the air
Also Read - Top Five Destinations Near Delhi-NCR That Are Safe For Travel Amidst COVID-19

And for those of you seeking more than what Mukteshwar has to offer, the lakes of Nainital, Sattal, Bhimtal and Naukuchiatal are just around 90 minutes away, and Binsar Sanctuary is around two and half hours by road. Kasar Devi, meanwhile, is a two-hour drive away. Mukteshwar is well-connected to Delhi by road, around 350 km or eight hours away. It lies along the way to Munsiyari.