This is the next step forward for the selfie movement, we suppose. 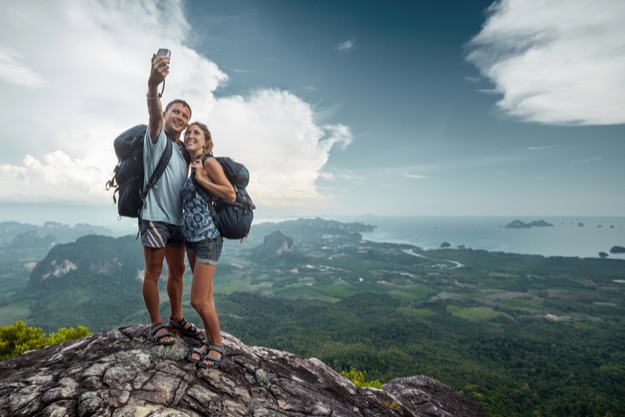 Two hikers taking selfie on top of the mountain

Let’s face it, we love taking pictures of ourselves. The word ‘selfie’ entered some years ago, but this phenomenon has been around in some form or another for a very long time. Our selfies document our moods and our travels today, and this whole phenomenon seems to have taken the next step forward with a Museum of Selfies exhibition. The brainchild of a duo of Los Angeles-based game designers, the exhibition also comes with the aim of breaking the world record of the longest selfie stick in the world. ALSO READ: More than 1 Lakh Indians Expected to Travel to South Africa in 2018 Also Read - 'It is A Place of Worship': SGPC Bans Shooting TikTok Videos Inside Amritsar's Golden Temple

The exhibition opens on April 1, of all days. It is going to showcase our history of selfies even before the word was invented. Self-portraits from as old as 40,000 years ago will be seen here at the Museum, opening as a pop-up in Glendale, Greater Los Angeles. The exhibition will go on until the end of May 2018. Entry will be timed to let visitors take pictures in their leisure. And, of course, selfies will be encouraged. Also Read - NASA App Lets You Click Selfies in Front of Gorgeous Cosmic Locations

The game designers and exhibition founders, Tommy Honton and Tair Mamedov, spoke to Conde Nast Traveller India about how they came about this idea. Mamedov was researching the design of an escape room inspired by Leonardo da Vinci, when he realized how frequently visitors took selfies with the famed Mona Lisa. Honton added that they noticed a trend: people like taking selfies when visiting beautiful places and spaces of art. Selfies were then perfect as the theme of an exhibition. NOW READ: Soon You Could Share Your Travel Bucket List on Facebook
Also Read - Jet Airways Grounds Four Pilots For Clicking Selfies on Delhi-bound Training Flight

As Honton describes it, selfies are just the modern equivalent of a practice that has been around for millennia. Over the centuries, we have gotten better with capturing the imagery around us, but that has just made us more interested in capturing images of ourselves, according to Honton. He hopes that people will walk out of the Museum knowing that the selfie is no millennial invention, but the natural evolution of a practice that has been around since the first humans drew on walls. As Honton puts it, selfies can “teach us about ourselves and why we capture the images and moments we do.” As for his favorite piece at the exhibition; it is an Iron Throne made of selfie sticks, a la Game of Thrones.