Romanian photographer Mihaela Noroc's Atlas of Beauty project is a gentle reminder of how beauty comes in all forms.

Mihaela Noroc is the brains behind the ambitious Atlas of Beauty project. The Romanian photographer has been taking pictures of women from around the world with the aim of showing the diversity of feminine beauty across cultures. Mihaela Noroc quit her job and hit the road to photograph women against the backdrop of their culture. With the Atlas of Beauty project Noroc hoped to show that beauty was, in fact everywhere. Her hunt for diversity brought her to India, the most diverse country of them all. And so she spent a great deal of time photographing women around the country itself. From rural Rajasthan to teeming metropolises, Mihaela Noroc aimed her camera at some of the most striking women in the country. What you have here is a pictorial representation of various parts of this beautiful country called India. With her kind permission, we bring to you these amazing pictures that you Have a look: Also Read - Use TrueNat machines, Increase Testing Capacity: UP CM Adityanath Orders Containment Plan For Gautam Buddh Nagar, Ghaziabad 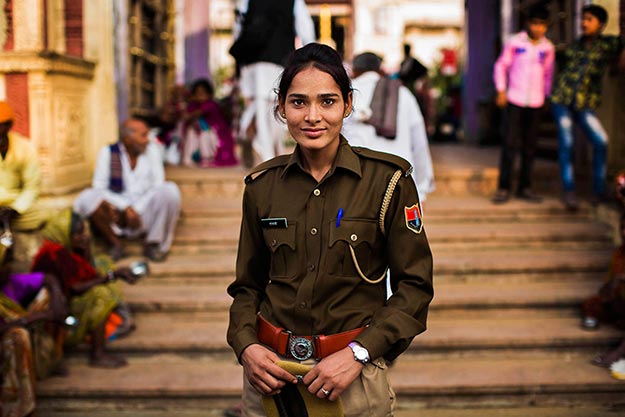 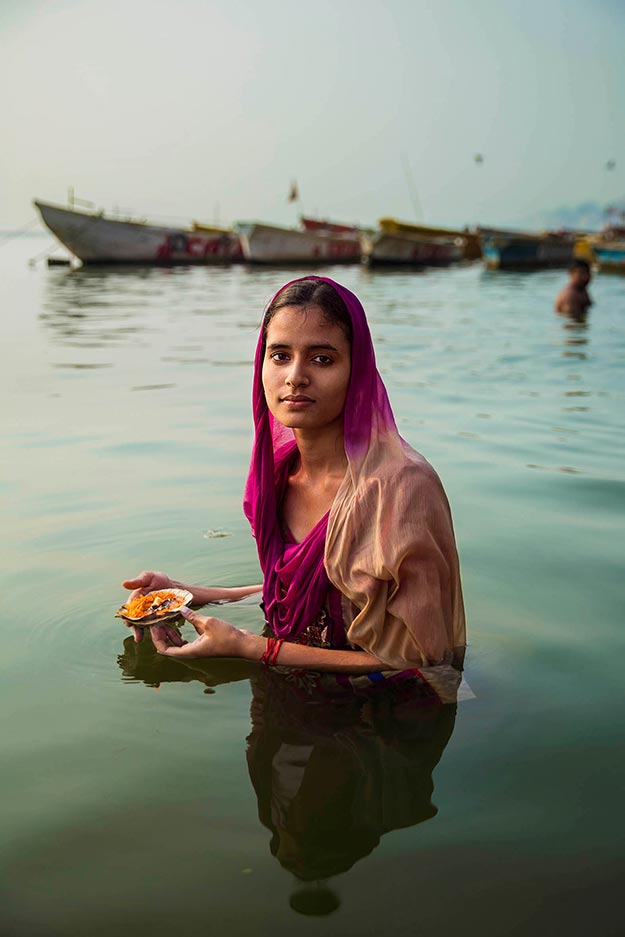 A young Hindu pilgrim making an offering on the Ganges River, in Varanasi. The city is considered by many the spiritual capital of India. 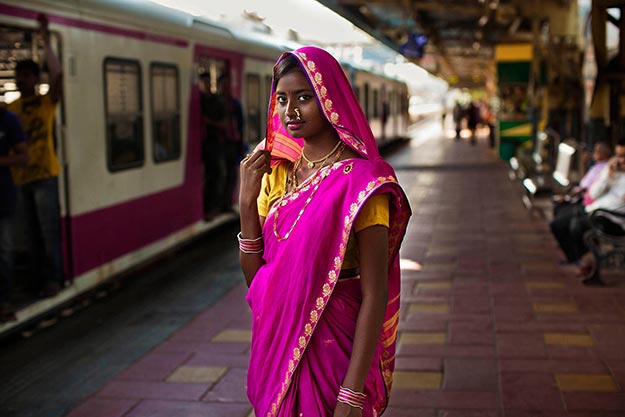 On special occasions, the students will attend their college lessons dressed in traditional outfits. 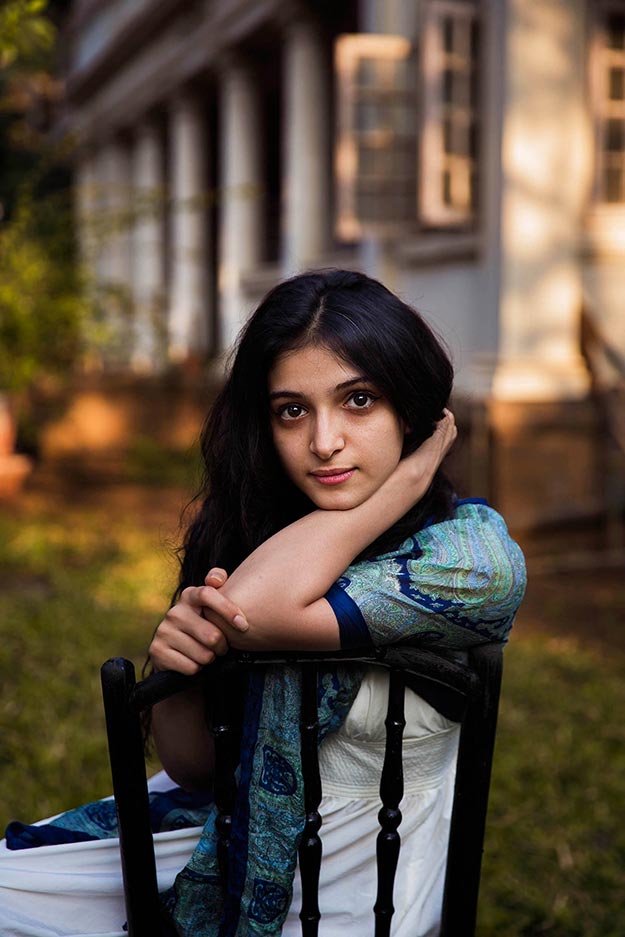 The Parsis are descended from Persian Zoroastrians who emigrated to India more than 1,000 years ago. Most of them, like this young woman, live in close-knit communities around beautiful Zoroastrian temples. They preserve their ancient beliefs, but are also very successful and integrated into modern society. 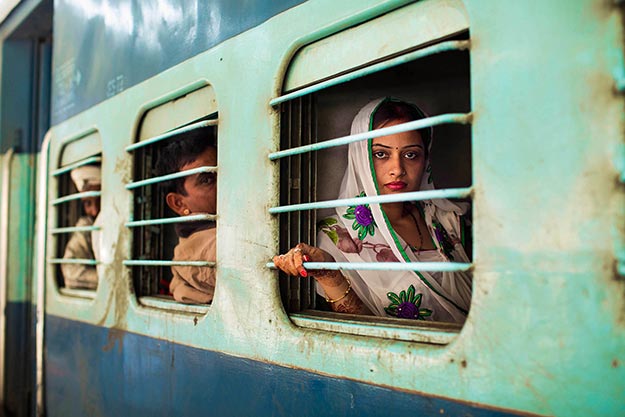 The picturesque trains of India transport around seven billion passengers around the country every year. 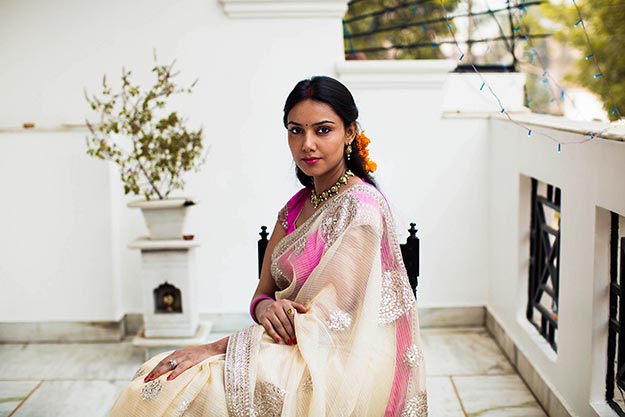 In a few months time she will give birth to her first baby. After marriage most Indian women move to live at their parents in law house. 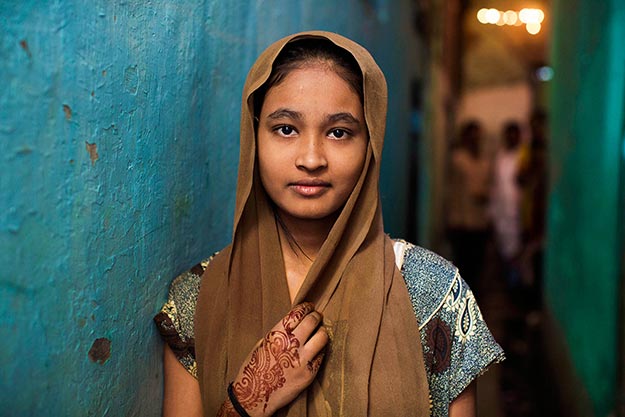 Dharavi, on the outskirts of Mumbai, is the largest slum in the world. Along its narrow alleyways I met many warm-hearted people. 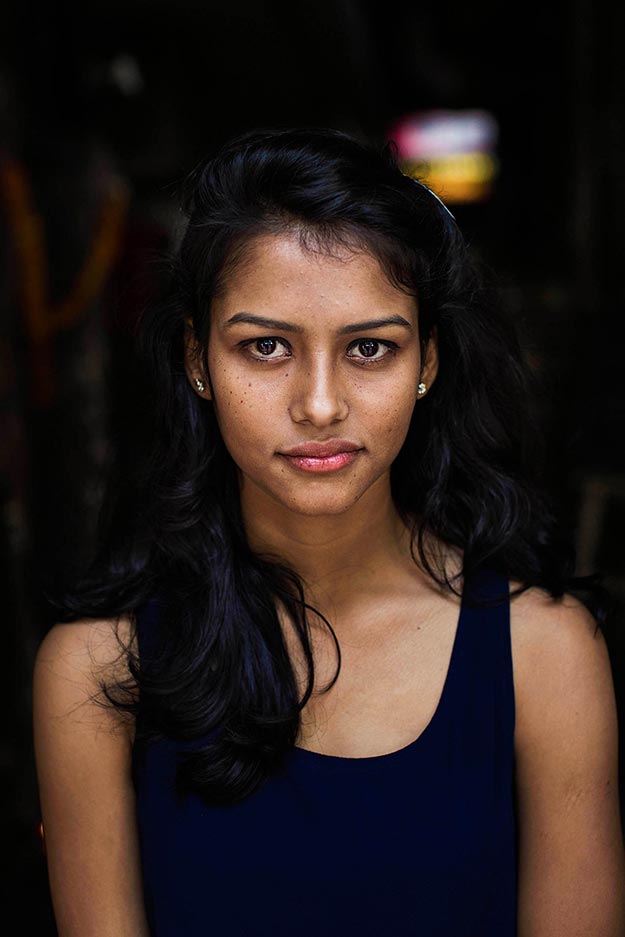 Traditional outfits are very popular in India, but there are also many women that dress modern, especially in the big cities. 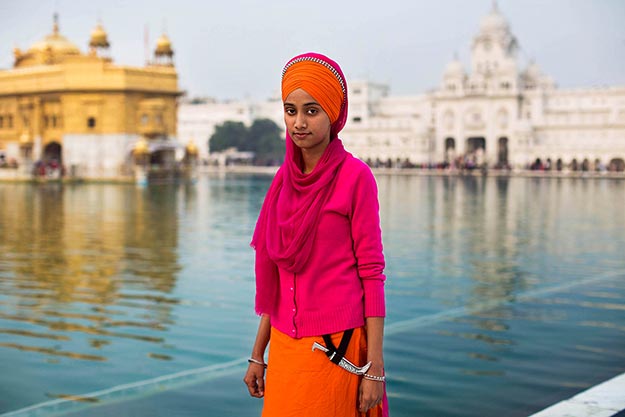 A Sikh woman at the Golden Temple, in Amritsar. Many followers of sikhism never cut their hair, covering it with a turban. They always wear the kirpan, which is a short dagger symbolising a Sikhs duty to come to the defence of those in peril. 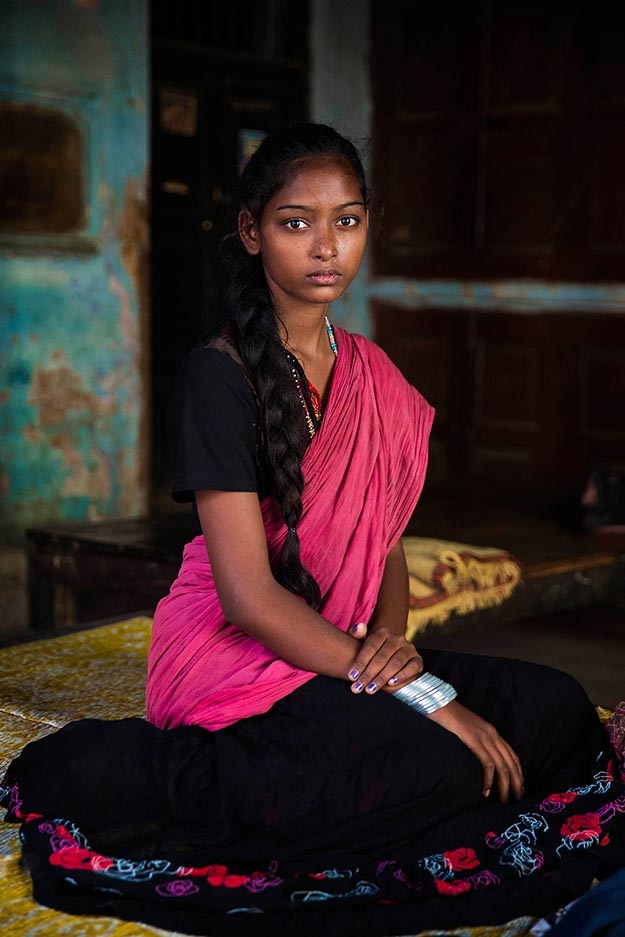 Each morning she comes from her small village, to the city of Varanasi. She sells things at the market with her family. 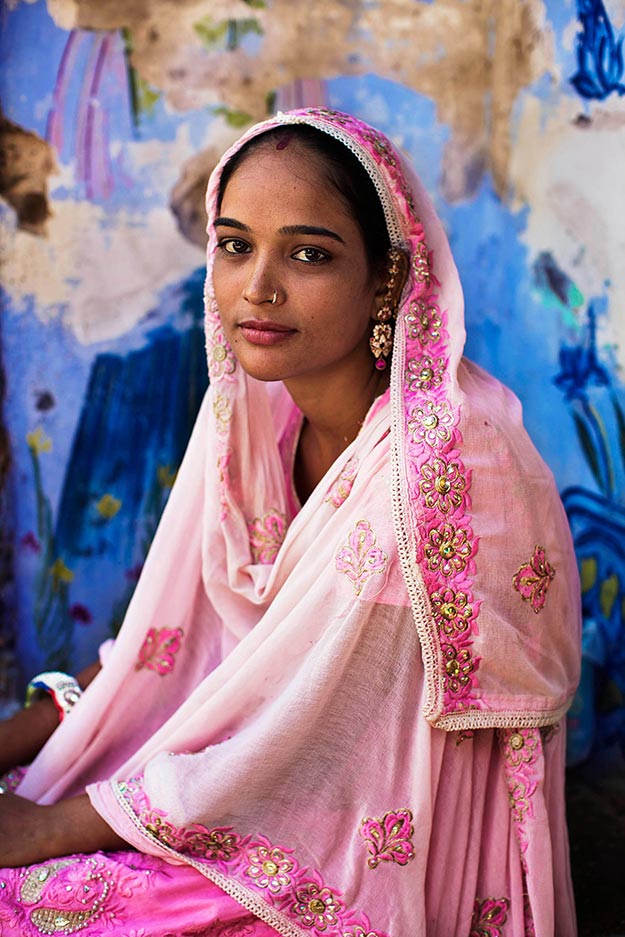 Islam has more than 170 million followers in India.

DO READ Sushrii Shreya Mishra, Kingfisher swimsuit model, who travels like a boss! 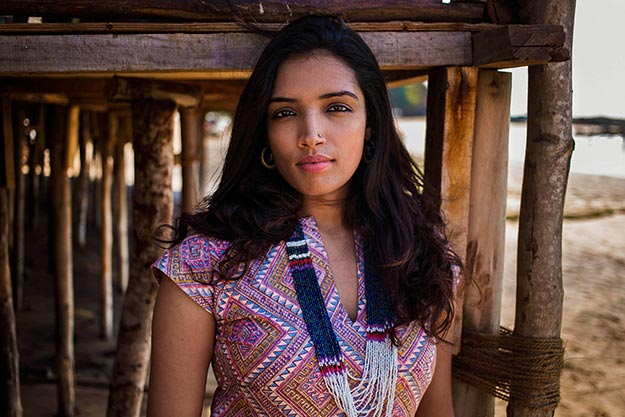 A fashion designer from Chennai, visiting the beaches of Goa for vacation. 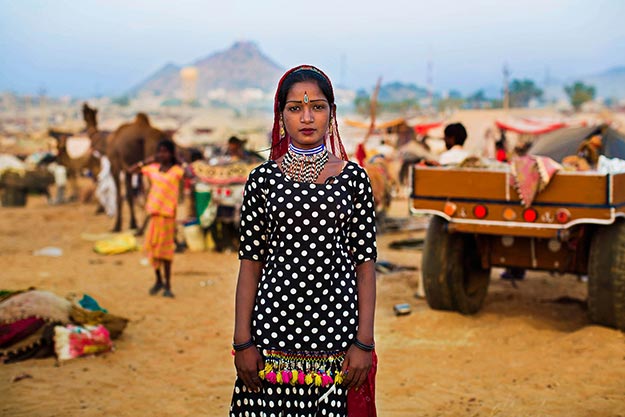 Kalbelia woman at the Pushkar Camel Fair. Until recently, the Kalbelias were known for catching snakes and trading venom. Their famous dance replicates the movements of a serpent. 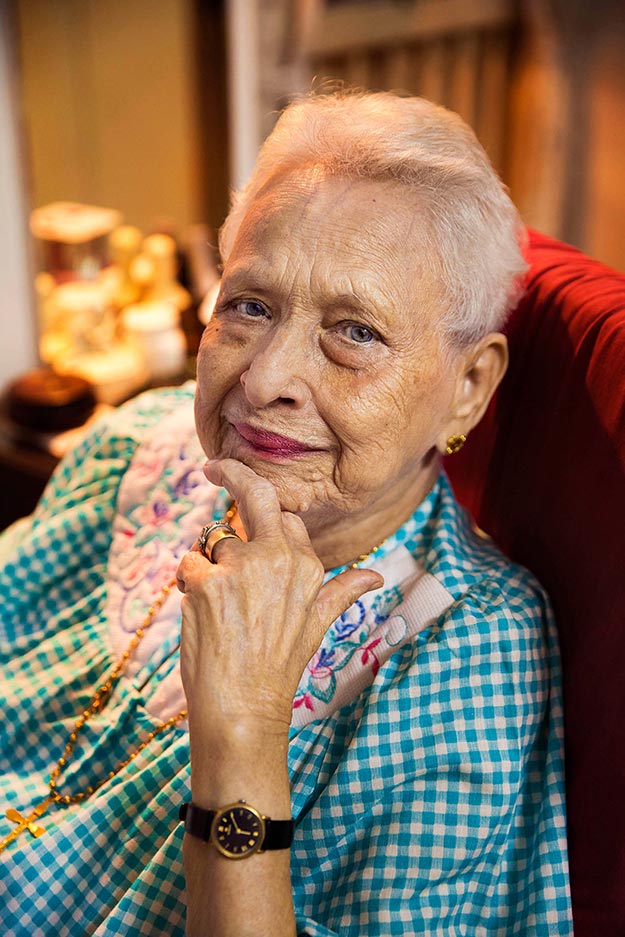 This woman from Mumbai will turn 100, next year. Imagine, a century of Indian history seen through these beautiful eyes. 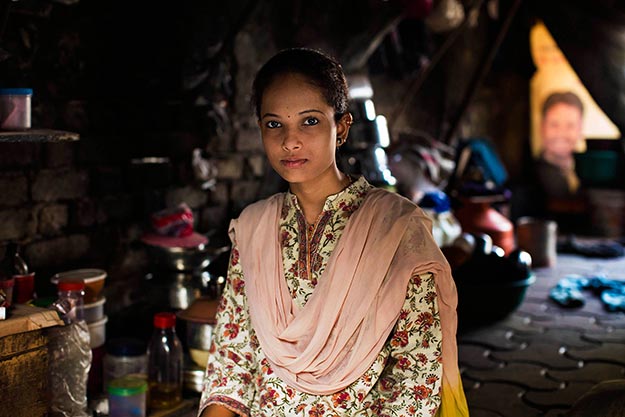 Since her childhood, she has lived in a small tent, in Mumbai. Her father died when she was young, but her brave mother, who sells things at the market, has kept her in school through great effort. Even if her home is a sidewalk, I have rarely met such a warm and kind-hearted person, with such a positive energy and good education. 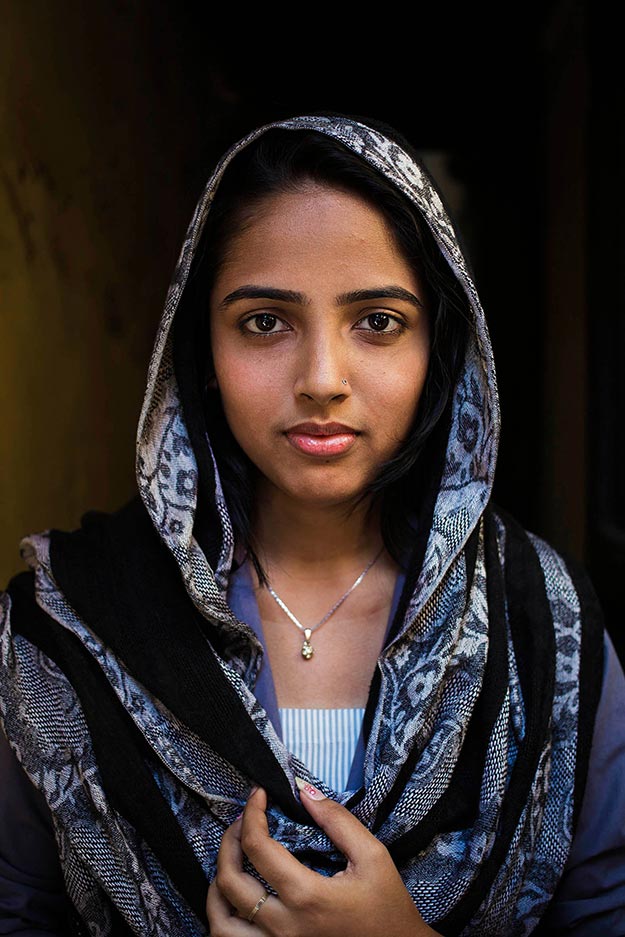 India has more than two thousand ethnic groups. I met this Marathi young woman in Nashik. 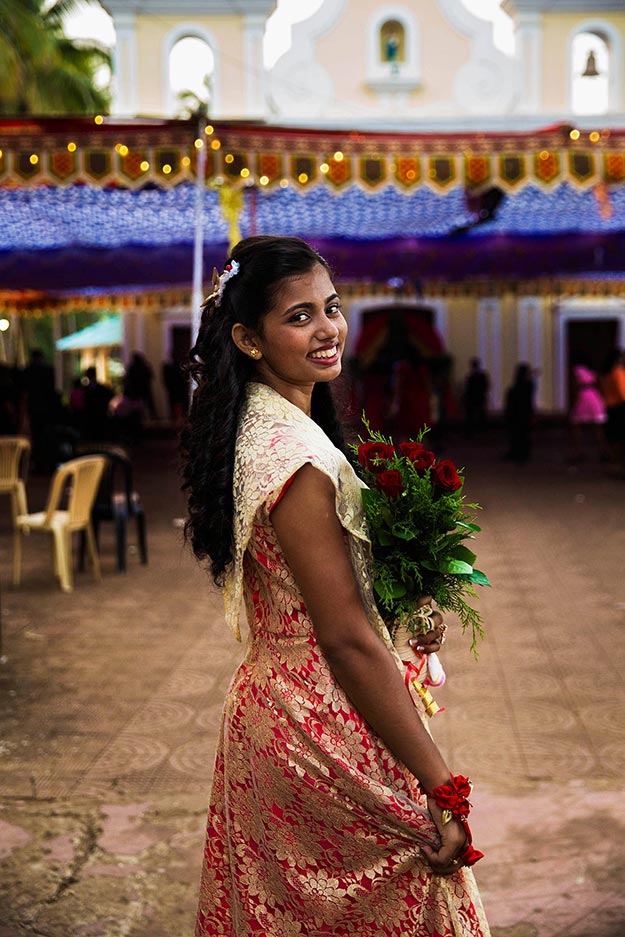 Goa, a small state of India, used to be a Portuguese colony and has a great number of churches. I photographed her during a Christian wedding. 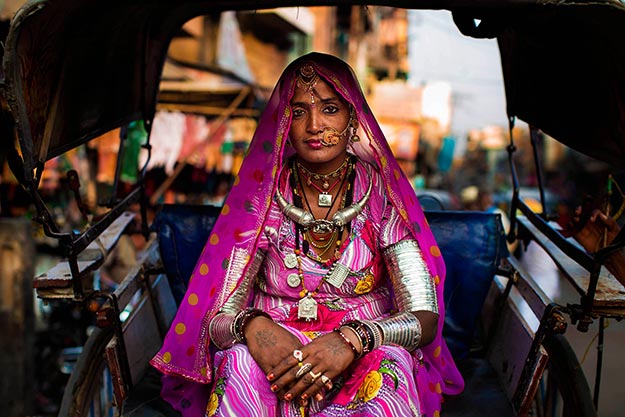 Rajasthani women are famous all over India for their amazing outfits. 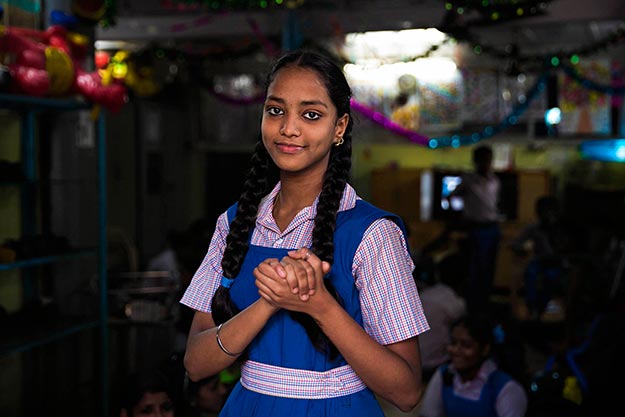 A deaf-mute girl expressing the word friendship through sign language. I photographed her during a course organised by an NGO that helps women and children from slums by providing access to education. 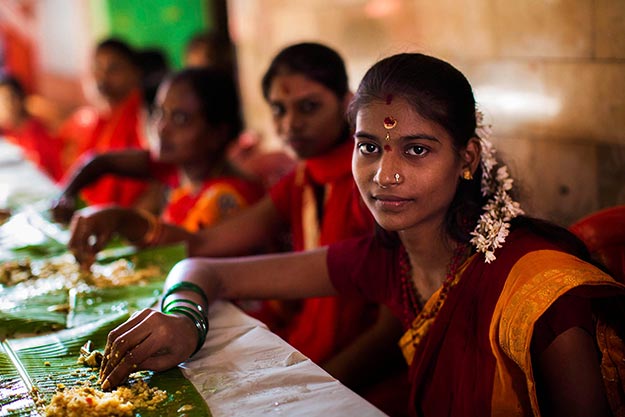 Mumbai, the biggest city of India, hosts ethnic groups from all over the country. She is a Tamil, at a celebration, after 40 days of fasting. 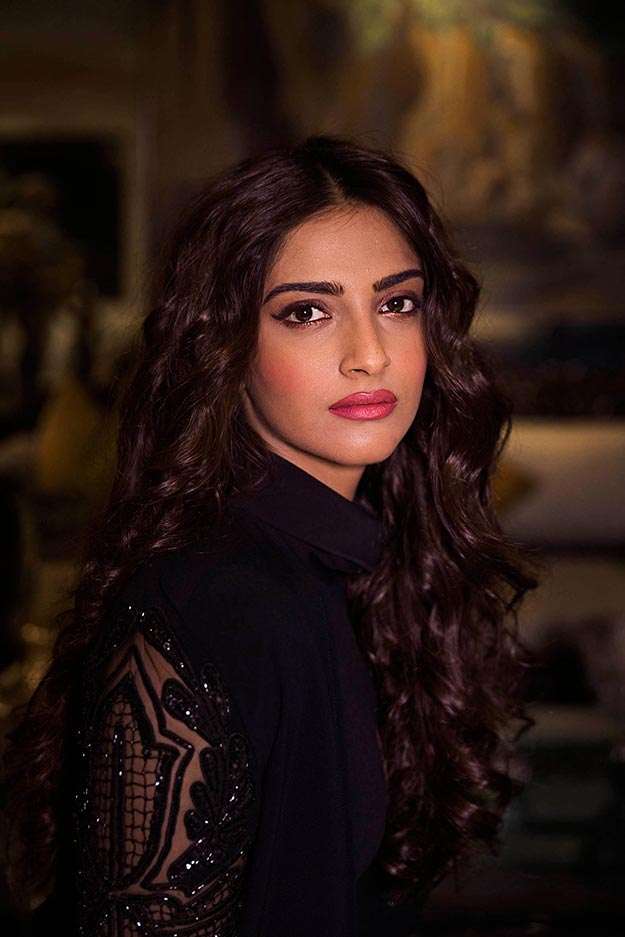 Sonam Kapoor is one of the most successful Indian actresses. Bollywood movies have huge popularity and high budgets.