A train for religious tourism to be launched by Indian Railways

This train will take you to the most popular religious places in West Bengal and Odisha. 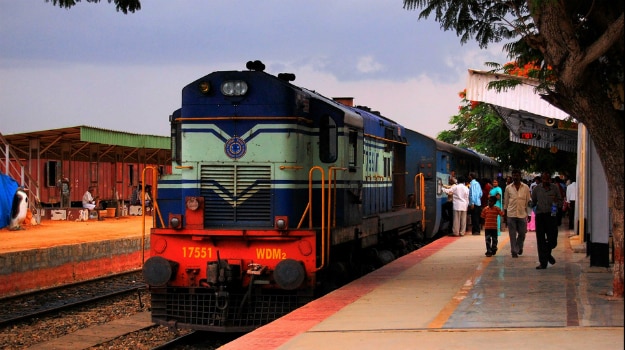 Indian railways is all set to launch a new train that will make it easier for pilgrims to visit the popular shrines in West Bengal and Odisha. Named the Aastha Tourist Circuit Train, it will begin on February 17, 2017 and will take pilgrims across the eastern part of India where they can pay a visit to the numerous temples and places of religious importance. The train will originate in Guwahati and will be operated by the Northeast Frontier Railway and the Indian Railway Catering and Tourism Corp. ALSO SEE 10 most famous temples in India Also Read - PDB vs DOR Dream11 Team Prediction Bundesliga 2020: Captain, And Fantasy Football Tips For Today's SC Paderborn 07 vs Borussia Dortmund Football Match at Benteler-Arena 9:30 PM IST May 31 Sunday

Pilgrims traveling by this train will be able to visit Sri Swami Narayan Temple, Kalighat, Gangasagar and Birla Temple in West Bengal. In Odisha, they will see the Lingaraj Temple, the Konark Sun Temple and the Jagannath Temple. These are some of the most revered religious spots in both the states and pilgrims often throng to them during celebrations. However, with the advent of this train, they will be able to cover all of them in one go itself, making it easier and more fruitful. Also Read - GRD vs BGR Dream11 Team Prediction, Vincy Premier League T10 2020: Captain And Vice-Captain, Fantasy Cricket Tips Grenadines Divers vs Botanical Garden Rangers 3rd Place-off at Arnos Vale Sporting Complex at 7.30 PM IST

The complete circuit will be completed in a period of six nights and seven days and the train ticket for a return journey will cost Rs 6,161 per person. The Aastha Tourist Circuit Train is an affordable way for a pilgrimage in eastern India. You will have to book your stay as the package does not include that as of now. ALSO SEE Mahaparnivaran Express will give you the best Buddhist experience  Also Read - Kunal Kamra Reacts to 1.7 Million Dislikes on YouTube Video 'Aaja Beta Carry Teko Roast Sikhaye', Says 'Carry Fans Can Join BJP IT Cell'

Photograph for representational purpose only