Aamir Khan buys Bajaj V15 with metal from INS Vikrant: Did you know these facts about INS Vikrant?

Aamir Khan becomes proud owner of a bike containing metal of INS Vikrant, Here are some facts about the aircraft carrier. 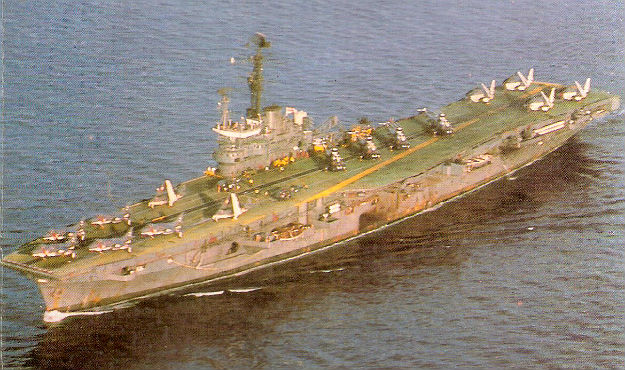 Aamir Khan is thrilled to acquire the 150cc Bajaj V15 motorbike, which contains scrap metal from INS Vikrant, the de-commissioned aircraft carrier of India. The actor, who received a backlash for his comment about intolerance in the country, was inspired to buy the new Bajaj V after learning that it contain the metal from INS Vikrant. (ALSO READ Akshay Kumar wants to be the ambassador for Incredible India!) The managing director of Bajaj Auto, Rajiv Bajaj personally handed over the new bike to his friend, Aamir Khan. Aamirs new bike has been customized. The rear seat cowl has a graphic design of Chote Lal inscribed on it and the fuel tank has an embossing of the initial A. The Dhoom:3 actor said in a statement, The V is a special bike and I wouldnt compare it with anything else. It has a piece of history ingrained into it. For me, its a proud moment to own a piece of metal from INS Vikrant which was the military pride of India for decades. Also Read - Cyclone Nisarga Updates: Three Dead in Maharashtra; Power Supply to be Restored in Ratnagiri And Shrivardhan Soon

Here is a list of facts about INS Vikrant you should know. Also Read - Cyclone Nisarga: IndiGo Cancels 17 Flights to And From Mumbai, to Operate Only 3

1. The ship was built for British Navy

INS Vikrant was constructed for the British Royal Navy under the name Hercules. However, due to the World War II, the construction was discontinued and the ship never entered the Royal Navy service. The incomplete ship was purchased by India in 1957. The ship was completed in 1961. Also Read - 'Touching Gesture'! Narayana Murthy Touches The Feet of Ratan Tata And Twitter Can't Stop Hailing The 'Historic Moment'

2. INS Vikrant was the first aircraft carrier of the Indian Navy

The ship was commissioned into the Indian Navy on 4 March 1961 by Vijayalakshmi Pandit who was the Indian High Commissioner to the United Kindom at that time. Captain Pritam Singh was the carriers first Commanding Officer. (ALSO SEE Heres why the Indian Navy celebrates December 4 as Navy Day)

3. The name means stepping beyond

The name Vikrant was taken from the Sanskrit word Vikranta, which means stepping beyond. It can also translate to bold or courageous.

INS Vikrant played a crucial role in the war between Pakistan and India in 1971. The Breguet Alizé and Sea Hawks fighter bombers were launched from the carrier.

5. INS Vikrant was the only British-built World War II-era aircraft carrier to be maintained as museum

After her decommissioning on 31 January 1997, the carrier was preserved as museum ship in Cuff Parade, Mumbai. 2001 onwards the Indian Navy opened the ship to public for short periods. However, the museum was closed in 2012 after the carrier was deemed unsafe.