This year saw quite a few Indian travelers head to South Africa for their dose of adventure.

The year 2017 has been an interesting one for South Africa’s adventure tourism. More Indian travelers were coming to the Rainbow Nation this year to try out the adventure activities on offer. Indians were, in fact, the second largest number to go bungee jumping off the Bloukrans Bridge, and the third largest nationality to go shark-cage diving. Interestingly, more than half these adventurous Indians were women. More Indian women than men went shark-cage diving and bungee jumping than men, and they were the ones driving the adventure tourism segment. Here, then, are some of the most popular adventure activities in South Africa in 2017. NOW READ: Top 7 Domestic Destinations for Indians in 2017, according to Hotels.com Also Read - Dale Steyn's 'PSL More Rewarding Than IPL' Statement Stirs Fresh Controversy, Twitterverse Reacts on South Africa's Pacer's Comment 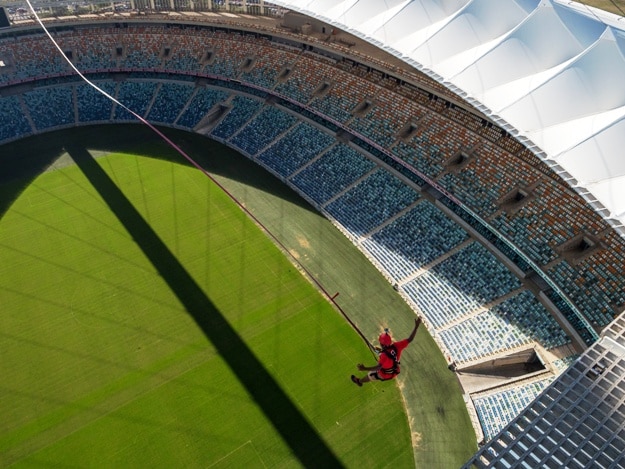 The Big Rush Big Swing is the tallest swing in the world according to the Guinness Book of Records since 2011. The aptly named Big Swing sweeps you along a 220-meter long arc through the center of the Moses Mabhida Stadium in the city of Durban. You swoop just a few feet above the green turf of the stadium, before soaring back up to the outer rim, adrenaline rushing through your body all the while. Also Read - South African Strain of COVID-19 Detected in 4 Returnees, 1 Found Positive For Brazil Variant, Says Govt 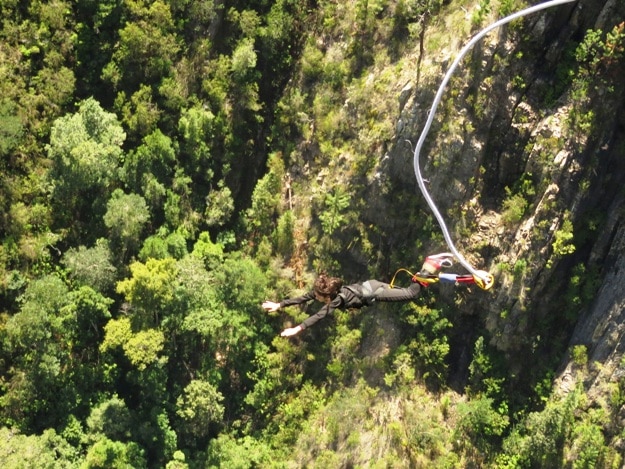 We mentioned the Bloukrans Bridge Bungee before for a reason. This is the world’s highest commercial bridge bungee jump. The bridge lies 216 meters above a scenic gorge, and you get to jump deep into it before being pulled back by the bungee cord. This is on the bucket list of most Indian adventure tourists stepping into South Africa, evidenced y the fact that around 5,000 Indians alone have attempted the jump since 2016 so far. Also Read - Pawri Ho Rahi Hai: Pakistan Cricket Team Joins Viral Trend As Pacer Hasan Ali Shares Hilarious Version | Watch 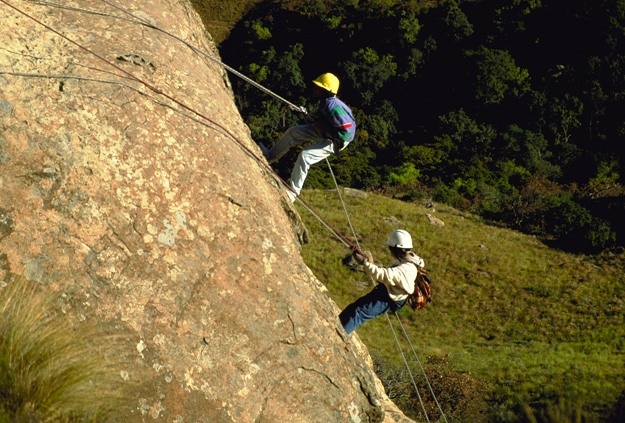 The Table Mountain of Cape Town is considered the seventh Natural Wonder of the World, but there are many ways to experience the majesty of this natural structure. You could reach the top and watch the Mother City from above and the ocean far into the horizon, or go abseiling from the edge to get a view of Cape Town unlike any other. Abseiling or rappelling is a controlled descent down the flat vertical face of Table Mountain. Cable car rides and treks to Table Mountain are also pretty popular activities here.

KwaZulu Natal isn’t just home to one record-setting big swing. It also has the world’s highest gorge swing, simply called the Graskop’s Gorge Swing. You get to swing off a waterfall cliff and into the depths of the Oribi Gorge in the southern part of the South African province. You freefall 68 meters, going from zero to 160 kmph in just three second flat. Once you are done screaming, open your eyes and take in the incredible views while basking in the after-rush. 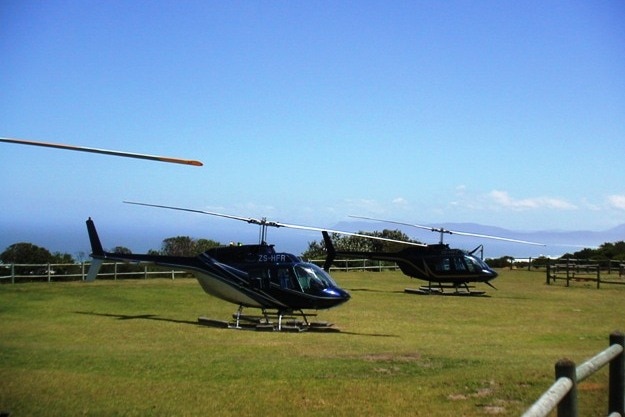 It doesn’t always have to be a fast-paced rush of adrenaline. Adventure travelers can also indulge in a bit of luxury and go on a helicopter ride in Cape Town. You get to see a view of the Mother City like nothing else, along with the South African countryside just outside the city. You can also go on a coastal flip to watch dolphins play in the breakers as you swoop down near the water. Helicopter tours usually include whale-watching and wine-tasting sessions as well, or a midlands tour depending on where you book it. NOW READ: Top 7 International Destinations for Indians in 2017, According to Hotels.com

This is just a sample of what South Africa has to offer. There are more than 300 adventure activities to do here, including zip lining, quad biking, horseback safaris, river rafting, mountain biking and, of course, shark-cage diving.