The airline plans to operate more such flights this week to celebrate International Women's Day! 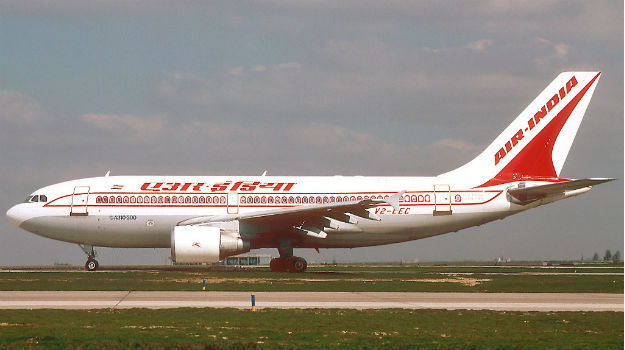 In a first of its kind feat for India, Air India has completed a round-the-world flight run entirely by a female crew right from the captain to the check-in staff. With International Women’s Day just round the corner, the timing for this achievement couldn’t have been better. Captained by Kshamata Bajpayee, the flight traversed the New Delhi-San Francisco-New Delhi route covering a distance of around 15,300 km in 15 and a half hours. The flight AI 173 – a Boeing 777-200LR – took off from Indira Gandhi International Airport on February 27 to San Francisco and traveled over the Pacific route and on the return journey from San Francisco over the Atlantic. It returned to Delhi on the evening of Friday, March 4. ALSO SEE 10 airline secrets air-hostesses dont ever tell you! Also Read - 'Extend Lockdown Period Till April 30 to Contain COVID-19,' CAIT Writes to Centre

According to AI officials, the entire flight was operated by the women staff of eight departments that included cockpit crew, cabin crew, check-in staff, doctor, customer care staff, ATC (air traffic control) and the entire ground staff. For the first time, the line operation safety audit was done by a female officer – Ms Harpreet A De Singh, ED (executive director) Flight Safety, Air India. Air India has filed for the Guinness World Record and plans to operate more such flights this week to celebrate International Women’s Day. Captain Kshamata Bajpayee expressed that this feat is a symbol that shows every male-dominated function can be carried out safely and efficiently by women. DO SEE 14 spectacular photos from an air hostess travel diaries that will make you hate your job! Also Read - Dream11 Team Prediction Managua vs Deportivo Ocotal Nicaragua League 2020: Captain, Vice-Captain And Football Tips For MNG vs OCO Today's Match at Estadio Nacional de Futbol 4AM IST

This is not the first time Air India has taken a step promoting gender equality. In 2016,  AI had announced that it had flown a non-stop flight for 17 hours to set a record for the longest all-female crew trip. In January this year, Air India had announced designated female-only seats on its domestic flights due to a number of sexual harassment complaints by passengers.

Twitter is abuzz with articles and pictures of this wonderful achievement by the Air India team! Here are some that were re-tweeted by the airline.

This @airindiain flight staffed entirely by women is a “symbol of empowerment”, according to its captain: https://t.co/N267u7vVRW pic.twitter.com/wEWECHnRMA