One of the most auspicious days of the Hindu calendar is just round the corner. Akshaya Tritiya 2018 date is April 18. Most people know this festival as the day when it is considered auspicious to purchase gold. However, the real significance of the festival is that it is the annual spring time festival. It falls on the third lunar day of the bright half of the Hindu month of Vaisakh. Several states of India celebrate Akshaya Tritiya with great devotion. The day of Akshaya Tritiya is considered to be auspicious for new beginnings like weddings, buying property, making investments, etc. The word ‘akshaya’ means something that never diminishes which is why it is believed that things started on the day of Akshaya Tritiya continue to grow and prosper. While all states hold this day dear, Odisha puts its best foot forward during Akshaya Tritiya. Here’s what you should know about Akshaya Tritiya celebration is Odisha. ALSO SEE Odisha hill stations that take your breath away Also Read - Sudarsan Pattnaik Creates Sand Art Using 2035 Seashells to Wish PM Modi on His 71st Birthday | Watch

Akshaya Tritiya is one of the most prominent festivals celebrated in the state of Odisha. This day marks the beginning of the chandan yatra in several shrines of Odisha. And from this, construction of the chariots for the popular Jagannath rath yatra begins too. People start preparing chariots for Lord Jagannath, Balabadra and Subhadra, for the procession to be carried out on the day of Jagannath Rath yatra. Also Read - 12 Trains Cancelled, 8 Diverted As Goods Train Derails on Angul-Talcher Road Route in Odisha; CHECK Details 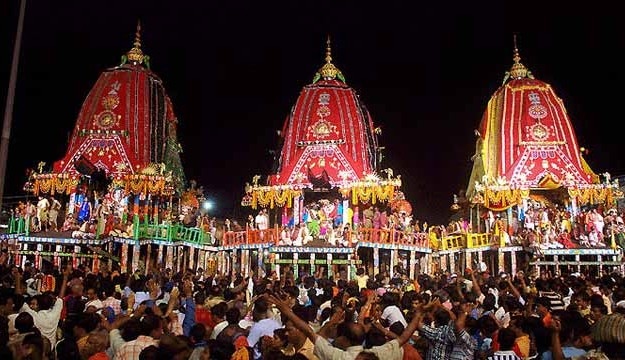 Akshaya Tritiya is considered to be the day of the birth of Lord Parsurama, the sixth incarnation of Lord Vishnu. It is also considered to be the day when Ved Vyasa and Lord Ganesha started writing the Mahabharata. The farms of Odisha is where you can witness most of the Akshaya Tritiya customs and traditions. Farmers start the day by sowing seeds in their paddy fields. Homes are cleaned and ingredients for Akshaya Tritiya rituals are arranged. Farmers carry a basket of seeds to the farms where the seeds are offered to Goddess Lakshmi praying for a richer harvest season. CHECK OUT Daringbadi is Odisha’s little-known hill station no one’s told you about

Farmers of all castes and creed observe Akshaya Tritiya in Odisha. In the western part of the state, the day is called “Muthi Chhuan”. Eating of shag or green leaves is forbidden on the day of Akshaya Tritiya.