While Gwalior Zoo authorities waited for permission to cull the remaining painted storks, the birds have fallen prey to avian influenza. 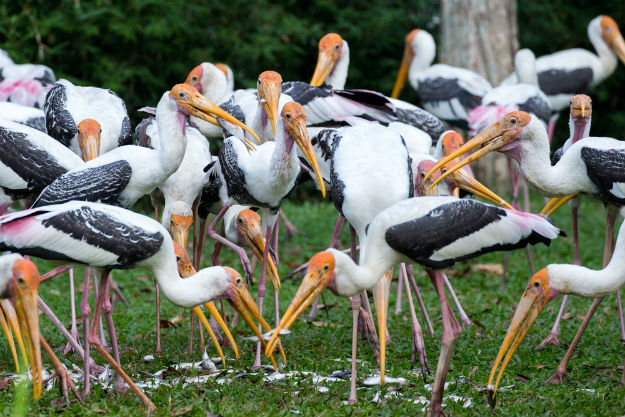 The entire population of painted storks at Gwalior Zoo has been wiped out, falling prey to a new sub-type of bird flu. Gwalior Zoo has been shut since October 19 after it was discovered that 15 painted storks that had died were diagnosed with a new strain of avian influenza. The officials of Gwalior Zoo were also contemplating taking the drastic measure of culling the remaining 12 birds to contain the virus. While they waited for permissions, the birds died anyway. Also Read - Do You Have Celiac Disease? You May Die Prematurely

The National Institute for High Security Animal Diseases (NIHSAD) confirmed that the samples that they received from Gandhi Zoological Park, Gwalior had tested positive for H5N8 AIV. Following this discovery, the zoo has been shut since October 22. The zoo will remain shut till further notice. And so, if you find yourself in Gwalior any time soon, chances are you will be staring at the closed gates of the zoo. Also Read - Entertainment News Today April 9, 2020: Zoa Morani Feels Much Better, Says She is Responding Well to The Treatment

Meanwhile, the zoo is undergoing an extensive cleanup and disinfectant is being sprayed to prevent any further damage. This comes days after the National Zoological Park in Delhi was shut in the wake of avian influenza on October 19. The park witnessed the death of nine water birds due to the same virus causing the authorities to shut down the park. The Department of Animal Husbandry, Dairying and Fisheries has also asked Ministry of Environment, Forests and Climate Change to issue advisories to all wildlife/bird sanctuaries in the country. (ALSO READ Best places to visit in Gwalior besides Gwalior Zoo)

However, no humans have been infected with the H5N8 virus. That being said, authorities are taking necessary precautions while handling dead or sick birds as well as contaminated material during the containment and control operations. According to the Gwalior Municipal Corporation Commissioner Anay Dwivedi the zoo is home to approximately 300 avians of different species. “The zoo staffers have been given gloves and as well as tamiflu (an antiviral medication),” he told PTI.

Dwivedi also assured reports that the remaining population of birds of other species, including the three falcons, which shared the enclosure with the painted storks were in good health. The falcons remain quarantined after samples of dead painted storks tested positive for H5N8 virus.

Back in Delhi, there is a constant vigil being kept around the National Zoological Parks to monitor and contain the H5 avian influenza along with the state agencies. The Delhi government has shut also the Hauz Khas Deer Park amid bird flu scare. It has also cancelled leaves of all officials of Delhi Animal Husbandry Department. (ALSO SEE Best places to visit in Delhi)