Mahavir Jayanti is celebrated at a grand scale by the Jain community in India! 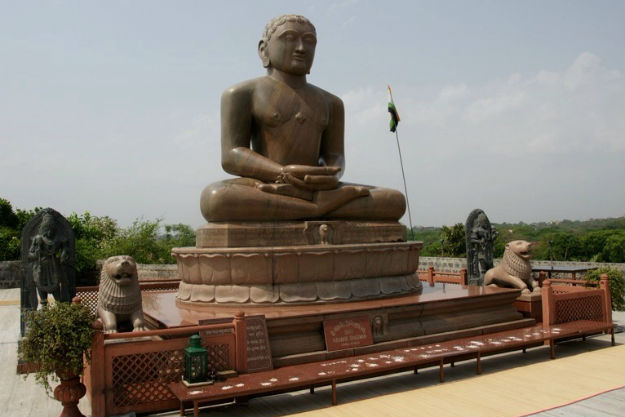 Mahavir Jayanti is the most important religious festival celebrated by Jains in India and around the world. The festival is also referred to as Mahavir Janma Kalyanak. It is celebrated to commemorate the birth of Mahavira, the twenty fourth and the last Tirthankara of Kalyuga, the present time cycle. Mahavir Jayanti is generally celebrated in the month of Chaitra and this year it is celebrated on April 19. Mahavira was born in 599 BCE to King Siddhartha and Queen Trishala of the Ikshvaku Dynasty. Its believed that Trishala, when pregnant had a number of auspicious dreams all of which were interpreted to welcome a great soul who’d either be a world teacher or a world ruler. Also Read - Action Has Returned to Indian Skies, Says Aviation Minister Puri as 532 Flights Resume Operation on First Day

On Mahavir Jayanti, Jains visit temples and participate in pujas that commence with ceremoniously bathing the idol of Mahavira. This process is called abhishek as the idol is bathed with milk, honey and water. Temples around the country are intricately decorated and worshippers flock to the temple through the day. At an auspicious time, a beautiful chariot procession is carried out with images and an idol of the Mahavira taken around the region. Hundreds and thousands of followers and devotees follow the procession while chanting praises of the Tirthankara. Also Read - Amid Tensions With China, PM Speaks to Bangladesh's Sheikh Hasina And UAE's Bin Zayed

Several people participate in preparing community meals that are offered to the poor. There are reading sessions conducted in temples where the priest reads out chapters from the teachings of Mahavira. Prasadams are distributed among the devotees at the end of the puja.