The Amarnath Yatra that will take place from July 2 to August 18 is now open for registration. 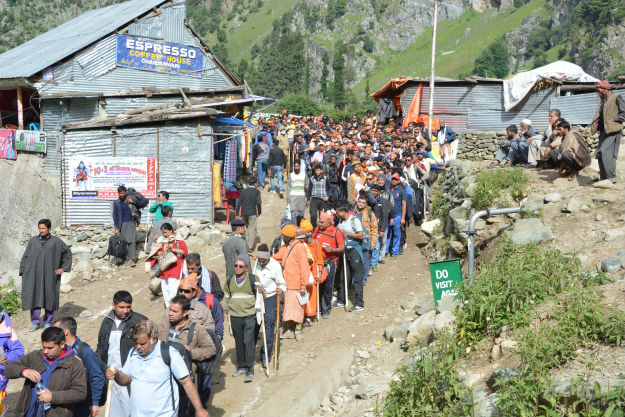 Registration for the 48-day long Amarnarh Yatra to the Himalayan Cave Shrine, to be held from July 2 to August 18, will begin on Monday. Also Read - Instant Karma! Video Showing Buffalo Dislodging Men From Cart For Making it Race Goes Viral

P.K. Tripathi, CEO of the Yatra said registration will begin all over the country from Monday at 432 branches of the Jammu and Kashmir Bank, Punjab National Bank and Yes Bank. Also Read - Day After Crossing 50,000 Mark, Maharashtra Registers 2,436 New cases; Tally Stands at 52,667

He said no pilgrim will be allowed to undertake the Yatra without registration.

“Every pilgrim will have to produce a health certificate for registration which should be issued by institutions and doctors whose names have been displayed on the website of the Shri Amarnathji Shrine Board (SASB).

“Children below 13 year of age, elders above 75 years and women pregnant for over six week’s would not be allowed to undertake the pilgrimage,” he said.

The CEO said Yatris wishing to undertake the pilgrimage by availing helicopter services do not need any advance registration, but should have the compulsory health certificates.