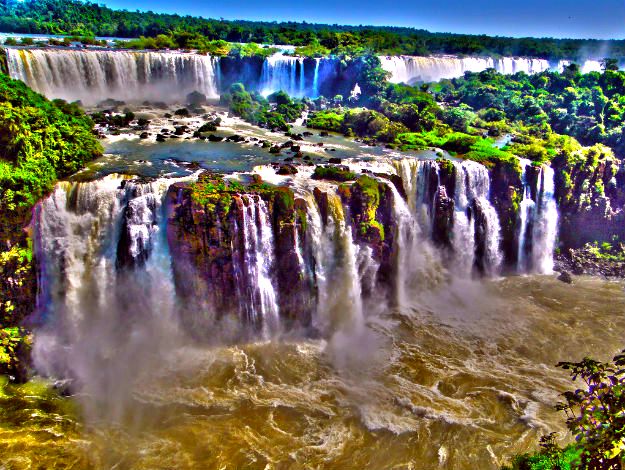 Nature has a way of reminding human beings just how small and insignificant we are in its face. And it does so in style. Though man-made wonders like the Eiffel Tower, the Pyramids and the Taj Mahal do tend to put you in awe of our achievements, there is nothing as tall as the Mount Everest, rich as rainforests, deep-dark-dangerous as oceans, complex as the billions of species that nature has given birth to since time immemorial and we’re in of just how the world is full of these natural wonders we often tend to neglect.Also Read - Ruturaj Gaikwad, Dwayne Bravo Got us More Than What we Expected - MS Dhoni 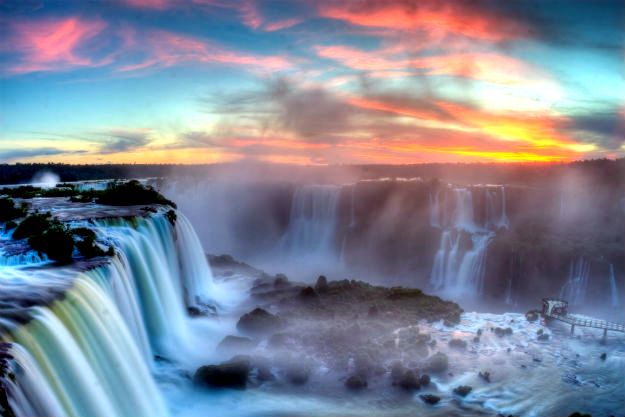 In our attempt of appreciating and admiring all the natural bounty out planet is filled with, we bring to a some of the most breathtaking wonders of the world. From India’s Lonar Crater Lake and Canada’s Yoho National Park to USA’s Grand Canyon and Ha Long Bay in The Philippines, we’re in awe of the natural world. This brings us to the stunning Iguazu Falls in Brazil, south America’s version of the Victoria Falls! Also Read - BJP Booth Level Leader's Vaccination Certificate Shows He Was Given 5 Doses of Covid Vaccine, Scheduled for 6th; Probe Ordered 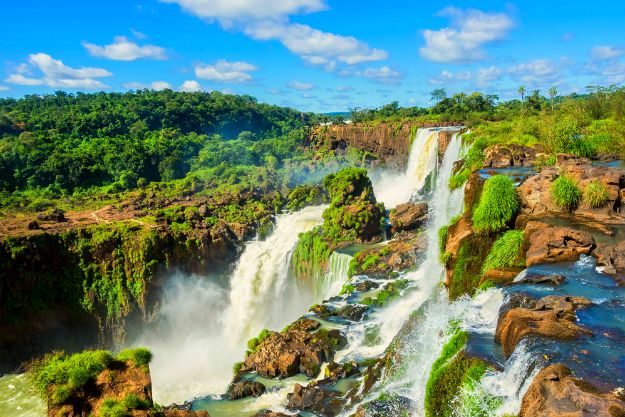 The Iguazu falls form the border of Argentina, Paraguay and Brazil. While the Iguazu river flows mostly through the Brazillian state, Parana, a larger chunk of the waterfalls is  located in Argentina’s Misiones province. The falls can be reached from three cities in each of the countries, Foz do Iguacu in Brazil, Puerto Iguazu in Argentina and Ciudad de Este in Paraguay. 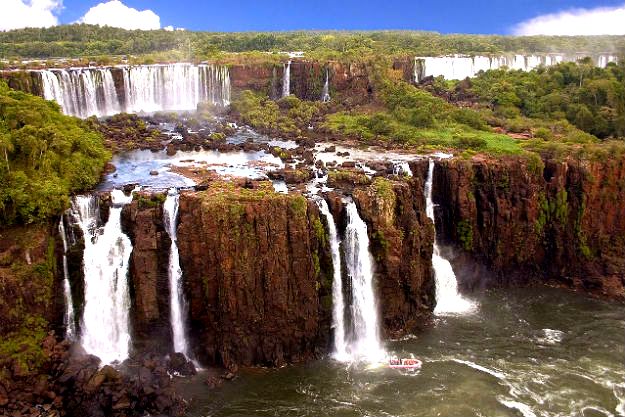 The Iguazu falls were once debated to be the largest fallls in the world, however considering the fact that the Victoria falls have a larger area of a single curtain of water, Iguazu comes a close second. However, the Victoria Falls have close to five streams, what makes these falls in south America special is the whopping 275 streams formed by he river Iguazu.  The height of the waterfall ranges from approximately 200 ft to 270 ft and the total width of the falls is close to 2.7 km. 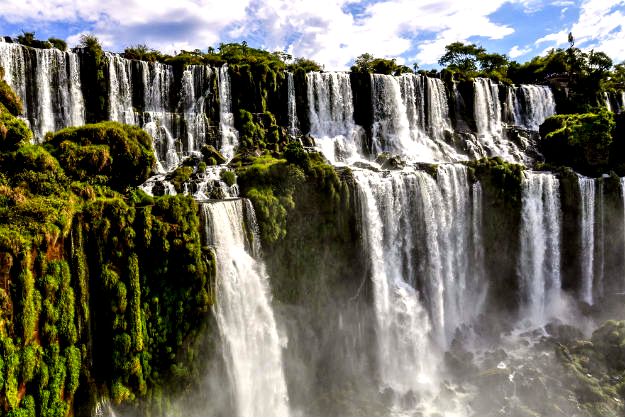 The falls are surrounded by dense rainforests which are home to over 2,000 species of plants. There are two national parks which made it to the list of UNESCO World Heritage Sites, Iguazu National Park in Argentina  which got featured in 1984 and the Iguacu National Park in Brazil which got listed in 1987. 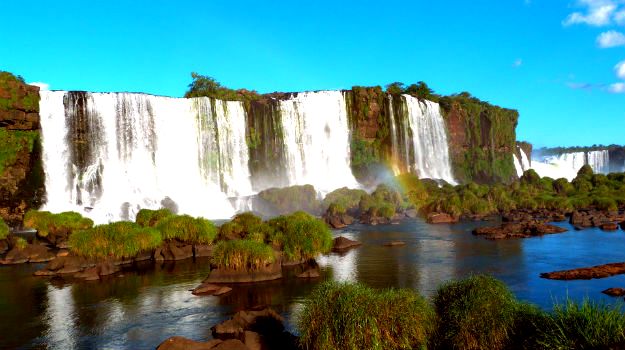 The name of the waterfalls is derived for the local Guarani language where the term for water is  y and uasu stands for huge. The legend behind the formation of the Iguazu Falls is that a deity once wanted to wed a girl named Naipi who eloped with her lover in a canoe to escape the God. However, the lord is said to have been so enraged that he split the river into two, ensuring that the girl and her partner would eventually fall off the waterfall. 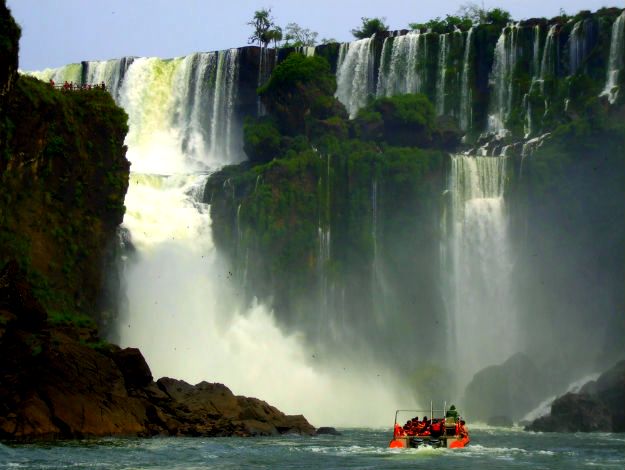 Due to the mist created, there is almost always a rainbow around the waterfalls. The best time to visit the falls is during spring and falls, considering the tropical climate that make summers and winters less that pleasant for a visit. If you do make up your mind to visit any of the three countries, do visit the 260 degree point, the only spot from where you can see the falls through 260 degrees around you. These falls are so beautiful, that when First Lady Eleanor Roosevelt visited the Iguazu falls, she pitied the American Niagara Falls! 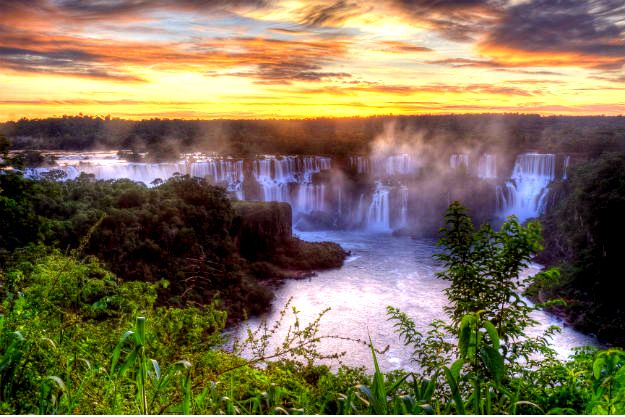