An Elephant Parade will travel across India to Raise Awareness

What is more adorable than an elephant? 101 of them. The Elephant Parade India will make its way through the country starting November 2017. 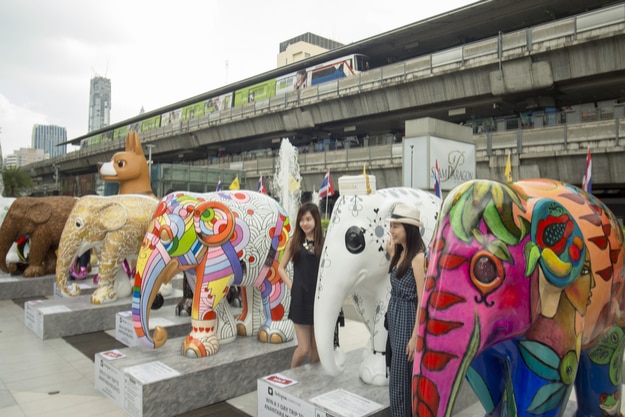 Elephants, for all their intelligence, majesty and cuteness, are constantly threatened by human factors. In fact, photographer Biplab Hazra’s heart-wrenching photo of an elephant mother and baby running for tar bombs in Bankura, West Bengal is a reflection of the threats faced by this species. Hazra won this year’s Sanctuaryasia.com Wildlife Photographer Of The Year Award for that photograph. Such scenes are routine in West Bengal, Chattisgarh, Odisha, Assam and Tamil Nadu, according to Sanctuary Asia. To promote the cause of elephants, an Elephant Parade will be traveling across India from November 2017. ALSO READ: Animal Cruelty in Tourism: Elephants Used for Rides and Performances in Asia Live in Unacceptable Conditions Also Read - Cyclone Nisarga Updates: Three Dead in Maharashtra; Power Supply to be Restored in Ratnagiri And Shrivardhan Soon

India has the largest population of Asian elephants in the world; more than 70 percent, in fact. Yet its treatment of the majestic species leaves much to be desired. Poaching remains an issue, as is encroachment on the natural habitat of elephants. More than 90 percent of elephants have been wiped out in just a century. To protect what is left of the species and its future, the Elephant Parade is being organized by international charity organization Elephant Family. It’s not going to feature real elephants, though. Also Read - Cyclone Nisarga: IndiGo Cancels 17 Flights to And From Mumbai, to Operate Only 3

The 101 elephants will be auctioned off, and all the funds will go towards Elephant Family’s efforts to build 101 elephant corridors in the country. These elephant corridors are meant to help the creatures and other animals to safely roam within their habitat and limit their encounters with humans, keeping them and others safe. Elephant Family has been organizing such parades for 15 years, but this is supposed to be the biggest of its kind in the country. It decided to hold Elephant Parade India after the success of the 2010 Elephant Parade London.