Anantagiri Hills Could Rise as a New Detox Destination in India

Anantagiri Hills is a nice weekend getaway from Hyderabad that attracts nature lovers, devotees, travelers and, very soon, visitors seeking detox therapy. A plan is being put in motion to capitalize on the pristine ambience of Anantagiri and convert it into a detox destination. 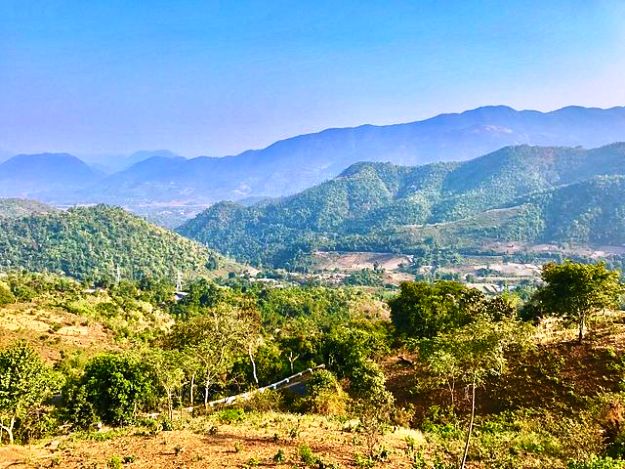 Anantagiri Hills are a great escape from the sweltering heat of the plains in the summer months and a misty paradise during the monsoon and winter months. Its pristine, untouched air and climate is a refreshing change from the congestion and commotion of the city, whether you are in Hyderabad or Vishakapatnam. With its thick forests and beautiful sunrise and sunset, Anantagiri Hills are a favorite among local city dwellers. Located along the Eastern Ghats along the Elysian Tirumala range, the hills lie just 40 km from Vishakapatnam and 17 km from Araku Valley. ALSO READ: 6 Incredible Forest Trails in India That Are Perfect for a Monsoon Trek Also Read - Best Places to Visit near Hyderabad on Diwali 2017 Long Weekend

With pleasant weather throughout the year, Anantagiri Hills are popular vacation spot and could soon be tapped as a detox destination. A proposal has been tabled before the Telangana state government to set up a 500-bed naturopathy center, after the government showed its interest in working on the tourism prospects of Anantagiri. The state’s Ayurveda, Yoga and Naturopathy, Unani, Siddha and Homeopathy (AYUSH) Department identified the hills and their surrounding forests as a suitable naturopathy destination and a place ideal for offering Panchakarma and other traditional Ayurvedic treatments.

The center would serve as an Ayurvedic spa and wellness center, and could be developed into a full-fledged hospital. The department would be looking to get the funds for this project from the state’s AYUSH mission scheme for building naturopathy centers. It has already been getting funds for upgrading projects in existing hospitals, so it is confident about getting support for its ambitious Anantagiri Hills project. CHECK OUT: How to reach Ananthagiri, the hilly heaven in Telangana

The state government has been pretty positive towards the work of the department so far, so much so that the department now plans to expand its operations to other new districts in the relatively young state and strengthen its operations. It is also looking at tapping central government funds in addition to the support it gets from the state.