The vast Arabian desert holds plenty of secrets, one of which has been uncovered by researchers. 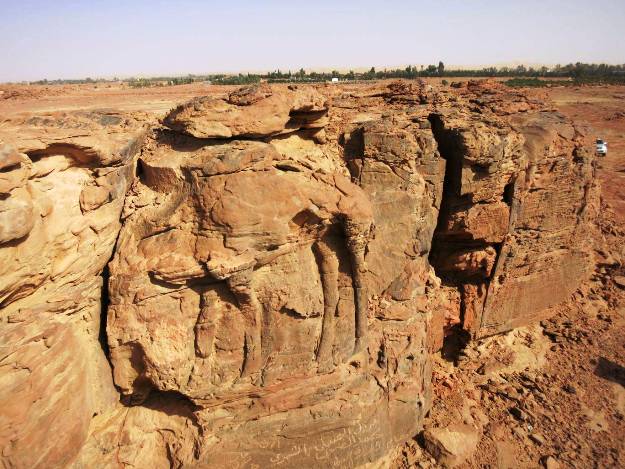 The shifting sand dunes and barren terrain of the Saudi Arabian desert are beautiful in itself, but hidden amongst them are remnants of some of the oldest civilizations in human history. And researchers have just found reliefs carved into the desert rocks that date back roughly to the time of Jesus Christ. The dozen or so reliefs have been found in a place dubbed the ‘Camel Site’, after a particularly stunning life-size relief of a camel. And the researchers are still not even sure which civilization and culture made carved them out. ALSO READ: These 10 Countries Are the Most Increasingly Searched Destinations in the World Also Read - You Could Have 'Normal Doubt', 'Metal Suspicion' From This Saudi Arabian Restaurant Menu

According to archeologists, the reliefs are estimated to be around 2,000 years old, and mostly depict donkeys and camels on the single rock formation. A French National Center for Scientific Research (CNRS) researcher was part of the team of Saudi Commission for Tourism and National Heritage members who first examined the sculptures, first found in 2016 and 2017 in the Al Jawf province at the northeastern end of the country. The reliefs were carved on three large spurs and, despite the toll taken by erosion over the years, they were largely discernable. Also Read - Eid-Ul-Fitr Moon Sighting 2020 Live Updates in Saudi Arabia: No Moon Sighted, Eid Will be Celebrated on Sunday, May 24

There are a total of 11 equine animals depicted in the carvings; horses and mules and donkeys all unharnessed and grazing in the wild. The carvings are notable different from anything else found in the desert. They have been drawn more skillfully than any other carving. There is also a depiction of a camel and a donkey together, another rarity in the region. There were no tools found around the area that could give a clue about the people who made these carvings. The press release suggests that the area was likely not a settlement. It might have just been a pitstop for travelers and trading caravans passing by. It may have also been a boundary marker or a pilgrimage site. NOW READ: These Archaelogical Sites in Saudi Arabia Show the Oldest Depictions of Domestic Dogs
Also Read - Eid 2020 Date in Saudi Arabia: When is Chand Raat, Eid-ul-Fitr in Kingdom of Saudi Arabia?

The archeologists hope, through their study, that they can generate greater awareness of the dangers faced by cultural heritage sites and ensure that Saudi Arabia preserves the site. Meanwhile, while the site seems to be around 2,000 years old, the date remains uncertain. There are no tool marks left, so it is difficult to determine how and what tools were used to carve out the rocks. The styling is also unique, with the closest match being the nomadic Nabateans who eventually founded the city of Petra in Jordan.