Angriya, The Mumbai to Goa Cruise, is Finally Ready For Its Maiden Voyage

We've been anticipating our very own Mumbai to Goa luxury cruise for along time time. Haven't we? Looks like the wait is over. Docked at Mumbai’s Indira Docks is Angriya, only a few weeks away fr

We’ve been anticipating our very own Mumbai to Goa luxury cruise for along time time. Haven’t we? Looks like the wait is over.

Docked at Mumbai’s Indira Docks is Angriya, only a few weeks away from making its maiden voyage on 24 October. It has been named after Kanhoji Angre, the first Admiral of the Maratha Navy, also known as ‘Shivaji Samudra’, or Shivaji of the Indian Ocean.

The luxury cruise will begin its non-stop, 16-hour voyage from the Purple Gate of Mumbai’s Indira Docks in the evening and arrive at Mormugao in South Goa early the next day. And what do you know, you’ll be able to catch a sunset and a sunrise on the stunning sea on board! 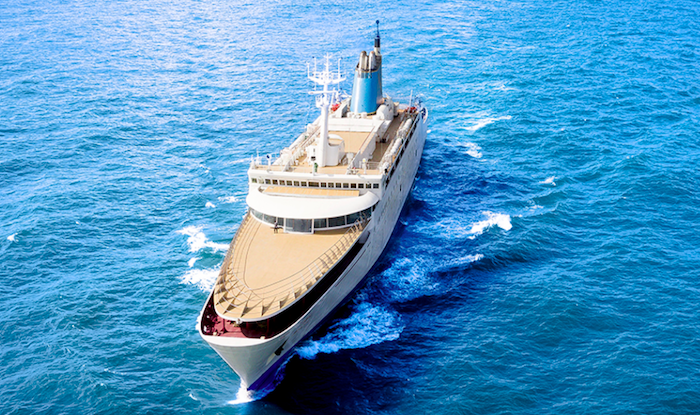 Featuring six decks, and 104 cabins across eight categories, the Angriya is meant to ferry 399 passengers. There’s all kinds of accommodation you can pick from: rooms, bunk rooms, luxury pods, dorms and suites; a one-way ticket for which will approximately cost anywhere between Rs7,000 (for a bed in the dorm) to Rs11,000 (for a suite) per person. Some come with a view, some don’t; but the rooms are fairly spacious. However, if you’re booking a dorm or a pod, be prepared to share a bathroom with a Japanese toilet seat with buttons; well-known for its hygiene. The 20-year-old vessel was built in Japan, and has many lovely Japanese elements for you to check out!

The ticket will include three meals: evening snacks, dinner and breakfast. Buffet meals will be served at the two restaurants whereas six bars and a lounge will ensure there’s no dearth of space for you to let your hair down and party.

There is going to be plenty in terms of entertainment too: an infinity pool at the rear end of the ship, a well-equipped spa, express mani-pedi counters, and a cosy reading room. There will be a fun tour of the ship organised especially for the kids and amenities are being worked upon to also make the ship accessible to travellers with disabilities!

We quite know where we’re heading for our next holiday. Do you?