Animal Cruelty in Tourism: Elephants Used for Rides and Performances in Asia Live in Unacceptable Conditions

A new report shows that elephants used for tourism in Asia live under extremely cruel conditions. Rise in tourism in countries like Thailand, Cambodia and India too has led to a growing number in captive elephants. Such animal cruelty in tourism needs to be kept in check before its too late. 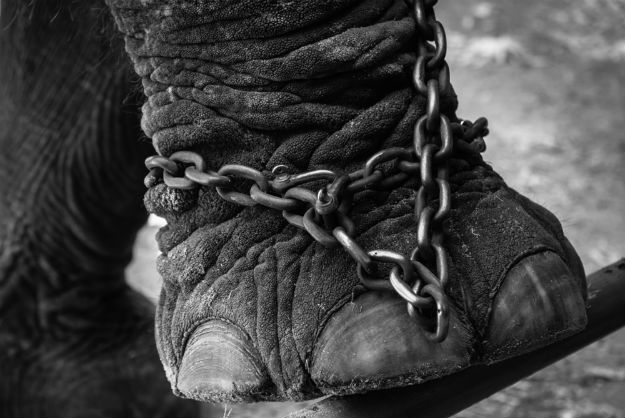 For as long as humans have existed, animals have been a part of their lives. Over centuries, we have come to co-exist with other creatures. While more and more people are becoming compassionate towards animals and treating them with care, it is sad that the tourism industry seems to be going in the other direction. A new report states that elephants used for tourism across Asia are kept in the most unacceptable conditions. The report from an animal welfare charity called World Animal Protection points out that there has been a growth in the number of elephant rides and performances as part of tourist activities which has resulted in cruelty on elephants on the account of ignorant tourists who enjoy these activities turning a blind eye to animal welfare. Its ‘Taken for a Ride’ initiative shows the difficult living conditions of around 3,000 elephants across 200 tourist spots across Asia. According to the report, around 77 per cent of these elephants are treated cruelly. ALSO SEE 10 endangered animals in India that you should see before they vanish! Also Read - Ex-IAF Officer Adopts First Giraffe in Bengaluru Zoo, Donates Rs 1 Lakh

As you know, elephant rides and performances are a big part of tourism in countries like India, Nepal, Cambodia, Sri Lanka and Thailand. Be it in wildlife sanctuaries or temples or forts or circuses, elephants are used to transport and entertain ignorant tourists from all over the world. The report shows that Thailand alone has registered a 30 per cent rise in captive tourist elephants in the last five years. It perhaps has to do with the fact that Thailand’s tourism has grown by leaps and bounds in the past decade. While tourism brings in thousands of dollars on a daily basis, it also leads to exploitation of the Asian elephants used at numerous tourist spots in the country. Here in India too, Amber Fort uses elephants to transport tourists from the base to the top. Pobitora Wildlife Sanctuary in Assam employs elephants for early morning safaris. There are several other places like Kerala where elephants are made to participate in ostentatious events to lure tourists. Also Read - PETA India Offers Up to Rs 50,000 Reward For Information on TikTok Teens Who Drowned A Dog 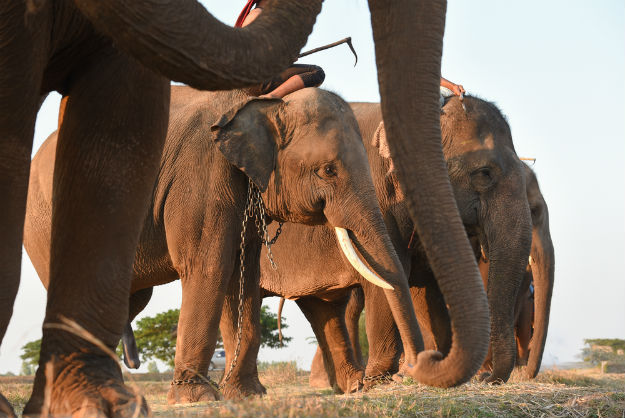 Even when the elephants are not actually being used for rides or performances, they go through a tough time with harsh training routines. They are chained up during their leisure time with just around a 3 km radius to move around. Add to it the crazy hustle bustle of busy tourist hours, crowded locations and loud music – we cannot even imagine what it must be doing to their spirits! Not to forget that many of these elephants are taken from their mothers at a very young age and from that moment itself, their hardships begin in the form of forced training and insufferable living conditions.

The only silver lining perhaps is that more and more people are taken notice of the plight of elephants in tourism and saying no to elephant rides. According to the report, around 85 per cent tourists expressed to their tour operators that they expected to avoid tourist activities that lead to animal suffering. The report also found 13 venues in Asia that offer elephants the best possible care. This is a good sign but to make sure that there can be an effective change, there need to be more initiatives in this direction. We, therefore, urge all our readers to avoid any kind of tourist activities that involves cruelty to animals. NOW SEE 10 best places to spot tigers in India