There is a project underway to scan and decode ancient manuscripts that could shed new light on the link between the East and the West. 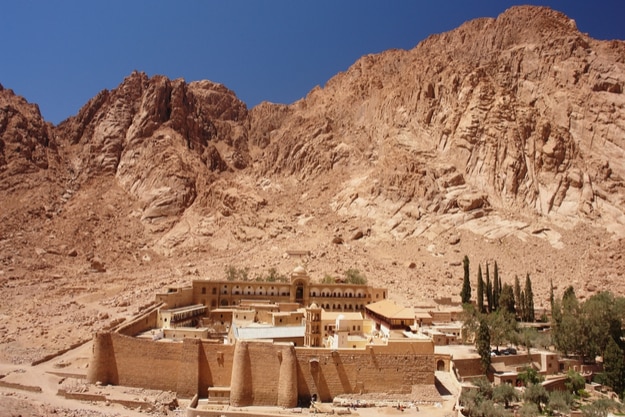 In the midst of the barren, brown mountains of the Sinai in Egypt, a single monastery rises from the dusty plains, its walls the same hue as the ground around it. At first glance, it seems like the monastery, like the mountains, are a natural formation, formed over millions of years. But St. Catherine’s Monastery is young, only a few centuries old. Built in 527-565 AD around the site where the god once came to the prophet Moses as a burning bush, this is one of the oldest orthodox Christian monasteries of its kind. And while its architecture and history is fascinating, it is the contents of its library that are most valuable. ALSO READ: Two Ancient Tombs Discovered in Luxor, Egypt Also Read - What? Egyptian TV Show Interviews Coronavirus Who Himself was Wearing Gloves

Located more than 200 km from the city of Sharm el Sheikh, the monastery has the oldest continually operated library in the world. Its monks have been using the library since the 4th century, and has more than 3,000 manuscripts that have been preserved in the dry climate of the Sinai for hundreds of years. But in the past, when ink and parchments were not as common as they are now, the monks scraped ink from the old manuscripts and reused them. This sort of overwritten text is called palimpsest, and it is said that more than 160 palimpsests exist in the library, likely more than anywhere else in the world. Also Read - Egypt’s Former President Hosni Mubarak Passes Away at 91

And a new project aims at unearthing and decoding the hidden text underneath. US-based nonprofit research group Early Manuscripts Electronic Library has been working with the monastery since 2011 to scan and digitize the manuscripts. So far, many of the palimpsests have been discovered in a set of more than 1,000 manuscripts found in 1975, in a tower at the north wall of the monastery. Upon scanning, the manuscripts of Christian text, written in ancient Arabic, seem to reveal older Greek text. The project is still ongoing, but it could give us greater insight into the connection between the Western and Eastern civilizations. NOW READ: Peru is Worlds Leading Culinary Destination 2017; Here are Five Dishes that Show you Why
Also Read - No Military Intervention Needed in Libya, Say Italy And Egypt

As the project goes on, the monastery endures. Its Greek Orthodox monks continue to do their duties, and the granite walls built by Byzantine emperor Justinian in the sixth century stand strong. Civilizations have come and gone, and the monastery and its library has remained. Every day at 4am, the monks still wake up for their daily prayers, as they once did centuries ago.