Archeologists are Figuring out How to Clean the Taj Mahal

The ASI has been hard at work, cleaning up the Taj Mahal since the last 2 years. 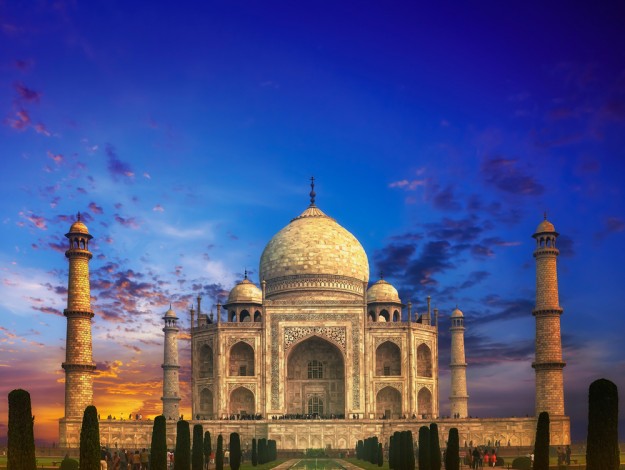 The Taj Mahal needs no introduction. Mughal Emperor Shah Jahan’s monument of love for his wife, Mumtaz Mahal. It is, in fact, the very definition of a ‘monument of love’, and its gleaming white marble has won many hearts over the centuries. Except that the marble isn’t so white anymore. Air pollution over the last two decades or so have yellowed the famed white marble, and a team from the Archaeological Survey of India (ASI) has been hard at work to bring the Taj Mahal to its original glory since 2015. But now they are trying to figure out just how to get to that majestic dome at the top of the ‘Crown of the Palace’. ALSO READ: This Video Documents Efforts to Save the Sumatran Tiger Also Read - Shah Jahan Urs Called Off This Year as Taj Mahal Closes Amid COVID-19 Scare

The Taj Mahal is currently undergoing its first ever thorough cleanup since it was built in 1643. That’s a gap of more than 350 years. Bhuvan Vikrama, ASI’s superintending archaeologist, said that the yearly monsoon rain was usually enough to gently cleanse the dirt off the Taj Mahal. But pollution has been steadily declining in the past 25 years, and the marble started turning visible shades of yellow. In the parts where rainwater could not reach, the marble even turned black according to Vikrama. To get rid of this, the cleanup team is using fuller’s earth, a natural mud paste that is also used to beautify skin, to remove the discoloration. Also Read - Holi Gone Wrong: 17 Injured as Two Groups Erupt Into Clashes in Uttar Pradesh 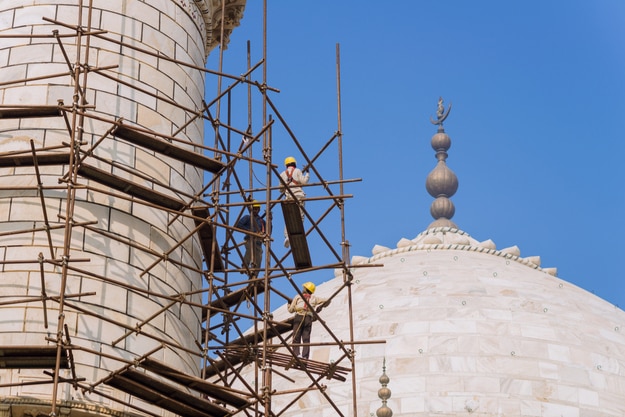 Restoration work in the Taj Mahal complex on December 19, 2015

Since the cleaning work began in 2015, the UNESCO World Heritage Site and Wonder of the world has been covered in scaffolding in parts. Work is expected to continue until 2019, and that grand dome itself will be covered in scaffolding every now and then. And that’s the challenge that the ASI team is facing. The dome that crowns the Taj is majestic but delicate. Vikrama said that the metal scaffolding has been used so far for other parts of the Taj Mahal, but it is too rigid and heavy for the dome itself.

Right now, according to Vikrama, bamboo scaffolding is the more preferred of the options being considered. Bamboo was used for some conservation work on the dome during the early 1940s, and it obviously worked pretty well. Other options being considered include special bamboo scaffolding that will be designed and made specifically for the dome. NOW READ: These 10 Countries Are the Most Increasingly Searched Destinations in the World

Whatever way the team decides to go, Vikrama said that the dome work should take 10 months, starting in 2018 and ending in 2019. Meanwhile, the team has almost finished cleaning up the walls of the mausoleum and the four minarets around it.