The tomb may be the oldest and biggest of its kind ever found in southern Siberia. 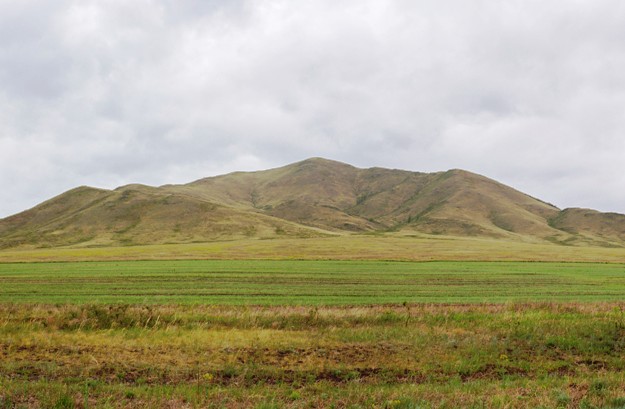 Mountain steppe in the valley of the Kings at Uyuk basin. Tuva, Siberia, Russia

The nomadic kings of the Scythian Empire ruled over vast stretches of Eastern Europe and Central Asia for several centuries, dating back to the 8th century BC. Little is known of them and their ways, however, and archeologists have been trying to learn more about the empire for many years now. And their efforts recently got a boost with the discovery of what may be the tomb of a prince of the ancient kingdom. ALSO READ: Photos of Nairobi, a Capital That Blends Urban and Untamed Wilderness Also Read - Coronavirus Enters New Stage in Moscow, Says Mayor Sergei Sobyanin

Swiss archaeologist Gino Caspari found the structure in satellite photos of the Uyuk River valley in the remote Siberian region of Russia. He found a circular structure buried under the Siberian permafrost, and he led an investigative team to the site in the summer to do some digging. Upon their preliminary dig, they found that the structure may likely be a kurgan, a tomb built as the final resting place of Scythian royalty and, in this case, a prince. Also Read - Coronavirus Slams Russia, Africa, India as Global Cases Reach 5 Lakh

The initial findings are promising, according the Newsweek. The tomb is named Arzhan 0 or Tunnug 1, and if the measurements are right it could be the largest and the oldest kurgan in southern Siberia. The circular structure has a diameter of around 140 meters, stretching larger than an American football field. It lies close to another site of a kurgan, Arzhan 1, which was the oldest kurgan to be found until Arzhan 0 was discovered, according to the Swiss National Science Foundation. Caspari, who was funded by the foundation, published his paper on the discovery in the Archeological Research Asia, suggesting that there has been no frozen krugan of this size found in Eurasia. NOW READ: Republic Day 2018 Long Weekend: Best Offbeat Holiday Destinations Near Mumbai
Also Read - Vote on Russia's Constitutional Reform Postponed Due to Coronavirus Crisis, Says Putin

The Scythians were nomads who found prosperity and wealth over the centuries by trading with the Greeks. They were fierce warriors, and they made their mark in the steppes that they called home by building massive kurgans or burial mounds. Many of the graves have also been discovered with bodies mummified and preserved by the icy Siberian permafrost. The Uyuk River Valley itself is called the Siberian Valley of Kings for the presence of Scythian kurgans.