Arjun Vajpai, the youngest Indian to scale the Everest is on his way to make India proud again!

Arjun Vajpai in on his way to conquer Mt Makalu and we wish him all the best! 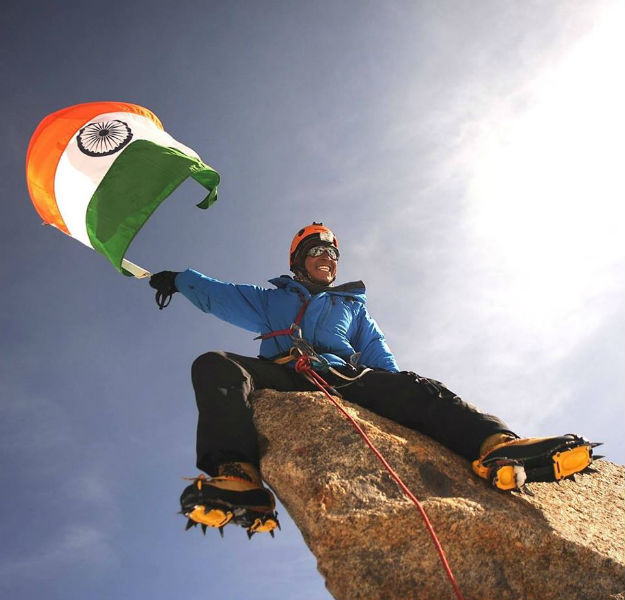 Arjun Vajpai is a 22-year old (yes, 22-yea-old) Delhi mountaineer and the youngest Indian to conquer the Everest at the age of 16. Arjun has been an adventure sports enthusiast right since childhood. (DON’T MISS More stories on Sports and Adventure )In fact, just about a year before he took on to Mount Everest, he became the youngest person to summit the DKD (Draupati ka Danda) which is 3,015 m high. With this accomplishment, there was no looking back for the young Delhite. Also Read - India-China Ladakh Standoff: 'Situation Stable And Controllable, All Channels Open For Talks,' Says Beijing 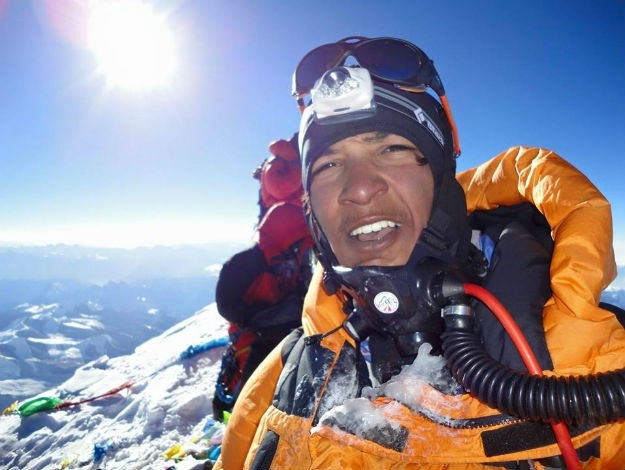 In May 2010 when he broke Krushnaa Patil’s record, who completed the summit at 19 years of age, he became the 2nd youngest person in the world to achieve this feat. Full of adrenaline and drive to never stop, Arjun soon went on to train for the Mt Lhotse and the Mt Manaslu summits, both in Nepal. By the end of 2011, the now 17-year-old Vajpai had not one but three over 8,000 summits under his belt out of the 14 peaks around the world! He is now the youngest person in the world to have done any three 8,000 m summits. 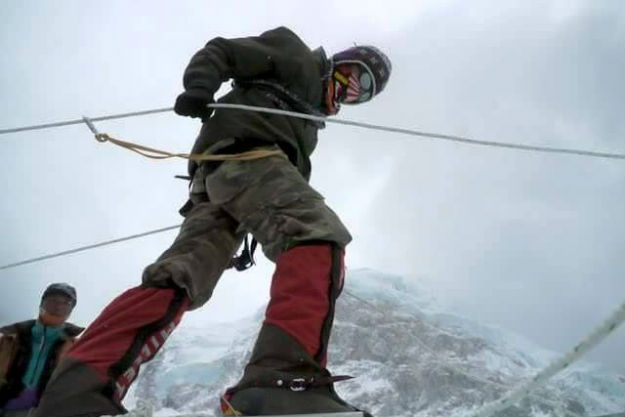 Despite being exceptionally good at what he does and being as determined as one could, the following years came with challenges that rendered his left hand and leg paralysed due to bad weather while attempting Tibet’s Mount Cho Oyu in 2012. Speedy recovery and the grit to keep going, pushed him for his first attempt for the Mount Makalu in Nepal, 8482 m tall. And though he had to turn around while just about a 100 m away from completing the summit in 2013, Ajay has now taken to the Mount Makalu in 2016, to hold on to the title of being the youngest person to complete the summit. 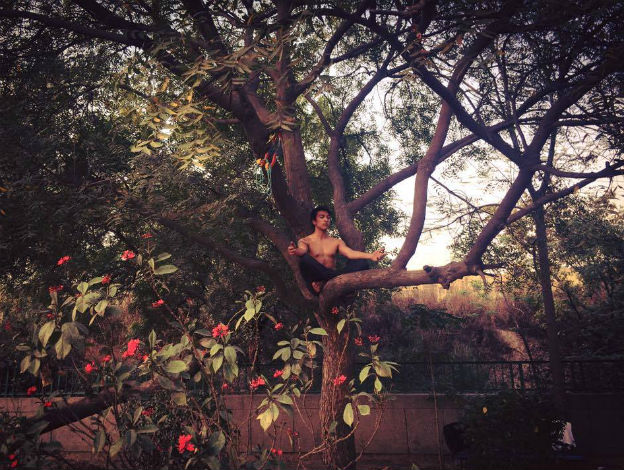 And last year, in 2015, he along with co-mountaineer Bhupesh Kumar got their names written down in history by scaling an unexplored mountain, 6,180 m tall. The coolest part being, they named the mountain, Mt Kalam after Late Past President of India, Dr APJ Abdul Kalam.

ALSO READ This Indian Photographer traveled to the southernmost tip of the world and how! 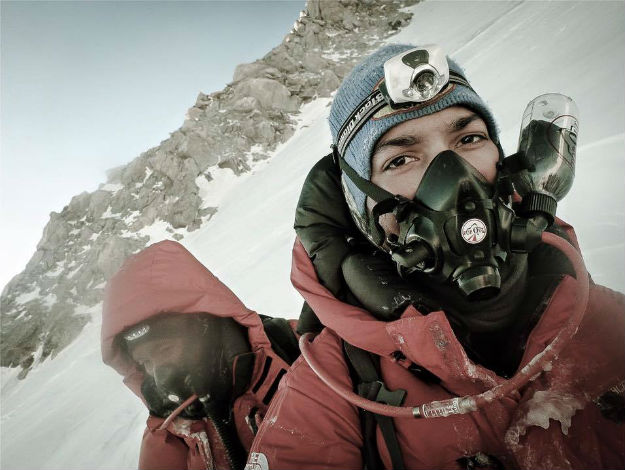 And no, he has no plans of taking it slow even after his fourth accolade! He plans on taking up the Three Pole Challenge which includes the Mount Everest Summit, an unsupported ski expedition to North Pole and the South Pole, making him the youngest person in the world to achieve this at 25 years of age. The seven highest peaks in the seven continents is without a doubt part of his plan. 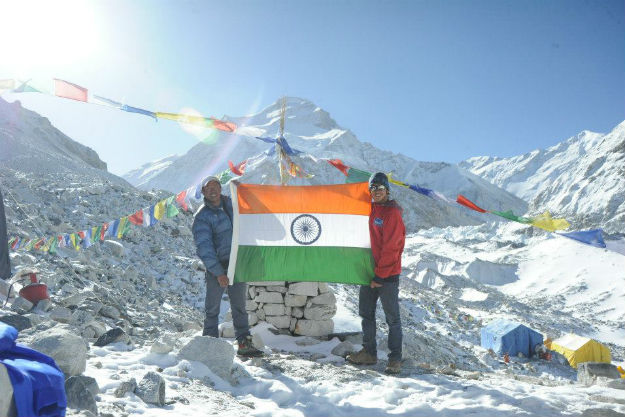 Furthermore, out of the 14 highest peaks in the world, all of which are above 8,000 m, Vajpai plans on conquering each of them within the next decade. If (and we really, really hope he does) he completes all of these, he’d be the only Indian and the youngest person in the world to finish the 14 summits.

ALSO READ 5 cheap surfing schools in India to check out this summer! 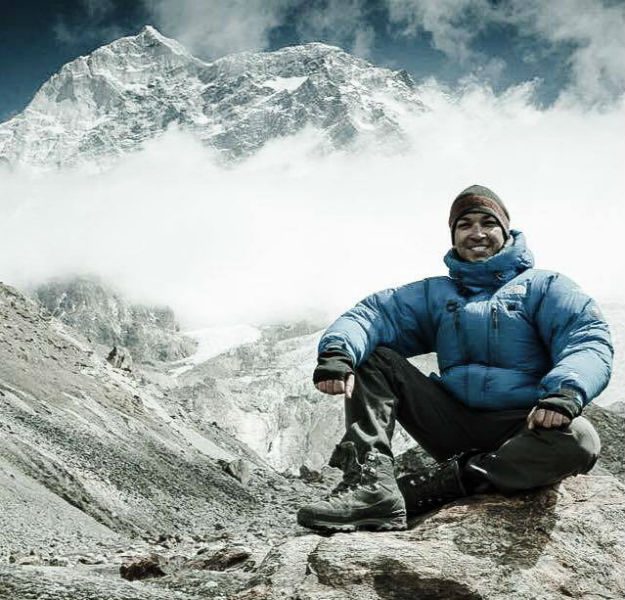 Just this morning, Arjun shared this last photographs before leaving for Tumlingtar in Nepal. He has dedicated this climb to Cilmate Change and we wish him all the very best! 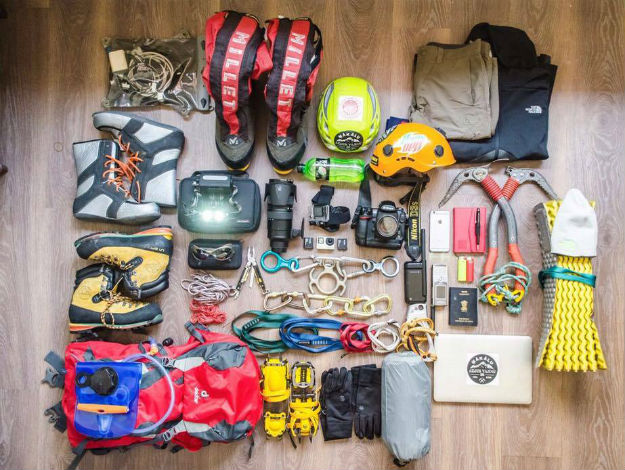