Ashtavinayak Yatra: A Tour of 8 Abodes of Lord Ganesha in Maharashtra

The auspicious Ashtavianayak Yatra is considered to be one of the most important pilgrimages in Maharashtra. 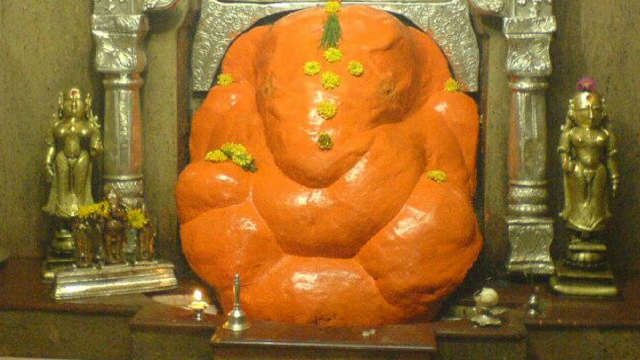 The elephant-headed Ganesha holds special significance for Hindus, especially in Maharashtra. The Ashtavinayak Yatra or pilgrimage to eight Ganesha temples in Maharashtra is considered very important. Each temple has a distinct idol of Ganesha. The yatra, which begins and ends at Mayureshwar Mandir in Morgaon near Pune, should be completed in one go. Though stops or breaks are allowed, pilgrims are forbidden from returning home without completing the complete yatra. The entire journey clocks a distance of 654 km. So here is the list of the eight Ganesha temples.

Also known as Moreshwar temple, it is situated 65 km from Pune on the banks of Karha River in the village Morgaon. The deity is three-eyed, seated with his trunk turned towards the left (direction of success). The deity is flanked by idols of Siddhi and Buddhi, consorts of the Lord.

Siddhivinayaks Temple is situated in the village of Siddhatek, 100 km from Pune. The sanctum was built by Maharani Ahilyabai Holkar of Indore. The Ganesh idol of Shree Siddhivinayak is placed in a brass frame. In the sanctum, you can find a Shiva-panchayatana and a shrine to Goddess Shivai.

Situated in Pali village in Raigad district about 120 km from Pune, the temple is also famous by the name Ballal. It is believed that Ganesh appeared in front of his devotee named Ballal in the form of a Brahman. Ballaleshwar is the only incarnation of Lord Ganesha which is known by a devotee’s name.

It is situated in Mahad village in Raigad, 146 km from Pune. The idol faces east and has his trunk turned to the left. The idol was found in the lake adjoining the temple and hence, displays a weathered look. An oil lamp, called Nandadeep, is believed to have been burning since 1892.

Known to be one of the larger and more famous of the eight revered shrines, the temple is situated in the village of Theur, 25 km from Pune. The hall has a black stone water fountain in it. Besides the central shrine dedicated to Ganesha, there are three smaller shrines in the temple complex dedicated to Shiva, Vishnu-Lakshmi and Hanuman. Ganesha is worshiped by the name ‘Chintamani’ in this temple as it is believed he provides deliverance from worries.

The temple is situated within the Buddhist caves on a mountain that is also called – Ganesh Caves. Situated 97 km from Pune, you have to climb 307 steps to reach the temple. The entire temple is carved out of single stone and faces south. The idol here is not a separate idol but has been carved on a stone wall of the cave and only one eye of the idol can be seen. ‘Girijatmaj’ literally means Ganesha the son of Girija (Parvati).

It is situated on the banks of Kukadi River, 95 km away from Pune just off the Pune-Nashik Highway, in the town of Ozhar. The temple is enclosed on all sides by high stone walls, and its pinnacle is made of gold. The idol faces the east and has its trunk towards the left. Riddhi and Siddhi flank the idol of Ganesha.

Situated in the village of Ranjhan, a short distance from Pune, the Maha Ganpati is the most powerful representation of Lord Ganesha. It is believed that after invoking this form of Ganpati, Shiva vanquished the demon Tripurasur. The idol has ten trunks and twenty hands.