Baisakhi festival 2016 date: When is the harvest festival this year?

Find out the right date of Baisakhi 2016 and how this festival is celebrated. 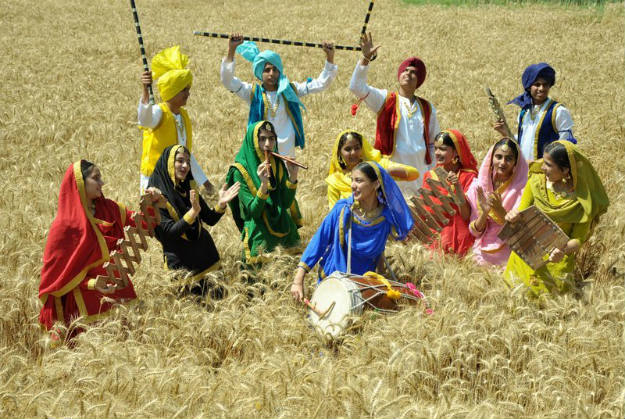 Baisakhi or Vaisakhi is an annual celebration for the people of Punjab and Haryana. This harvest festival marks the end of the Rabi crop and the beginning of the new spring year. Mostly celebrated by farmers, this festival is to thank god for a good crop season the last year and pray for a good one the following year. Baisakhi is one of the few Indian festivals that falls on the same date every year, the only exception being once in 36 years. It is celebrated in the month of Vaishakh and is on April 13 this year. Every once in 36 years, Baisakhi falls on April 14. This phenomenon is due to the fact that this festival is celebrated according to the solar calender and not the lunar one as for many other festivals. Also Read - Nepal Tables Controversial Bill in Parliament For New Map Amid Border Dispute With India

The celebrations of Baisakhi are incomplete without the ceremonial dance of Bhangra where men and women dress in their best attires and perform to the beats of dhol and other instruments. There is enough fervour in the atmosphere on this day and if you are in the states of Punjab and Haryana, you will surely feel the festive spirit. Also Read - Unlock 1 in Haryana: Faridabad to Follow Existing Guidelines For Now, New Directions Tomorrow

Baisakhi has one more significance. It marks the commemoration of the Khalsa by the tenth Sikh guru, Guru Gobind Singh. It is the day when he asked five volunteers to step up and found the Khalsa brotherhood for Sikhs to end the practice of having Sikh gurus. People visit the Golden Temple or the Anandpur Sahib gurudwara on Baisakhi to pay their respects. There are also several fairs organized at many places where competitions take place, food stalls, dance, music and games are also a part of the fair. Also Read - Star Sports Brings The Best of IPL Rivalries This June