Barack Obama gets candid about how traveling changed his outlook

On his last foreign trip as the US President Obama talks about how important it is to connect with the youth of different nations. 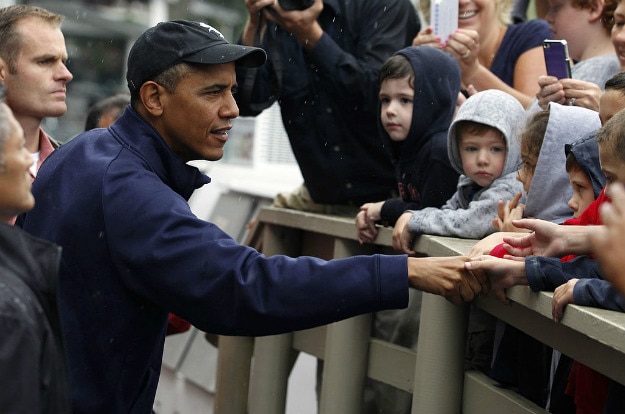 As the 44th US President Barack Obamas presidential duties come to an end, he reflects on how traveling the world changed his outlook towards different nations and the people. In a candid conversation with Lonely Planet, the President spoke about how responsible travel can make the world a better place and help understand the youth better who are the future. He was the first US President to have visited countries like Cambodia, Laos, Myanmar, Kenya and Ethiopia among many other visits to different parts of the world. And on his last official foreign trip to Peru, he spoke on how meeting youth of different nations has instilled his faith in the bright future of the world. Heres what he said. ALSO SEE 10 stunning photos of Martha’s Vineyard where Obama vacationed  Also Read - Worse Yet to Come? India Overtakes Spain to Become 5th Worst-hit Country by COVID-19

Barack Obama has traveled a million miles during his years as the US President and to different corners of the world and one thing that became his hallmark during these official visits was to have a town hall meeting with the youth of the nations he visited. Even on his last visit to Peru which was for a summit of leaders from the Asia Pacific, Obama took out time to interact with youngsters. And these interactions have helped him leave office with the hope that there is potential in the youth of this world and also how important international cooperation is. Without regular consultations with foreign leaders, and institutional coordination between the US and our allies and partners, we cannot overcome challenges that recognize no borders, he told Lonely Planet. He also stressed on the fact how every single day the US works seamlessly with other countries to share information that helps combat terrorist attacks, human trafficking and corruption. However he also highlighted how just engaging with the government of different countries isnt enough, there is also a strong need to engage with the people of different nations, more so with the youth as they will determine our future after the world leaders step down. Also Read - BEST Buses to Resume Services From Monday | Here Are The New Rules

The reason Obama has always taken a keen interest in the power of the youth is because more than half the people in the world are below 30 especially in developing nations where nearly 90 per cent of the population is the youth. Even though world leaders are discussing ways to overcome the pressing problems of today, it is the young people who will be the voice of change in the coming years. Keeping this in mind, he even launched Young Leaders Initiatives in countries like Africa, Latin America and Southeast Asia. It is focussed on connecting the youth of these nations with one another to work in tandem and start NGOs, businesses, etc. They can utilize resources from one another and learn their cultures to work well as a team. About half a million people below the age of 35 are already part of the program and several have traveled to the US. Also Read - Unlock Phase I in Rajasthan: Hotels, Restaurant, Clubs And Shopping Malls to Reopen From Monday | Details Here

The changes are small but significant and even though they will not make headlines, they will create a ripple effect that will bring about the much-needed change in different parts of the world. One of the people from the program was in the US and he expressed how much he learnt interacting with people of different backgrounds, cultures and ethnicities. Obama believes that young people are more tolerant, compassionate and committed to making changes in communities that will later transform the world.