Basant Panchami 2017: Everything you should know about this spring festival and Saraswati Puja

Did you know why yellow color is such a big part of Basant Panchami? 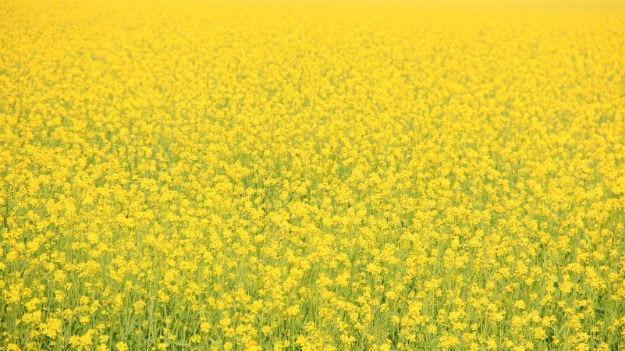 Basant Panchami is a spring festival and is celebrated every year by the Hindu community. The festival marks the arrival of spring season and is considered an auspicious time of the year. The word ‘basant’ means spring while ‘panchami’ means fifth day. Hence, Basant Panchami is celebrated on the fifth day of spring in the Hindu month of Magha. This year, Basant Panchami falls on February 1. Being a spring festival, there is a celebratory cheer in the air and the people in northern states of Punjab and Bihar mark the celebrations by flying kites, going to the temple and also by wearing yellow. You will see people in Rajasthan wear jasmine garlands. Basant Panchami is a smaller spring festival as compared to Holi which falls 40 days after this festival. Saraswati Puja is also celebrated on the same day as Basant Panchami and is more common in eastern parts of the country and Nepal. On this day, people worship the goddess of knowledge Saraswati by offering prayers and seeking her blessings to do away with ignorance by enlightening one with knowledge and wisdom. Usually, prayers are offered between sunrise and mid-day. Both Basant Panchami and Saraswati Puja are celebrated on the same day every year. Also Read - Sonu Sood Sends 173 Migrants to Dehradun on Plane, Says 'Most of Them Never Travelled by Air'

The prime reason why yellow plays an important part in the celebrations of both Basant Panchami and Saraswati Puja is because yellow is the color of the mustard flowers that bloom during the spring season. If you go to northern parts of India such as Punjab, you will find fields of mustard with yellow flowers all over, making for a beautiful sight. This is why, yellow is associated with spring in India. Even during Saraswati Puja, the goddess is dressed in yellow and flowers and sweets of the same color are offered to her. Many new educational institutes open on this day as it is considered auspicious and a day to start gaining knowledge. Many schools too celebrate Saraswati Puja and teach children the importance of education. Also Read - Fake News Busted: Jyotiraditya Scindia Never Added BJP to His Twitter Bio

Many weddings also take place on Basant Panchami as it is considered a day of love. In ancient Indian literature, Basant Panchami was associated with Kamadeva, his wife Rati and his friend Vasant. According to the text, the celebrations would take place in royal Bakshi’s palace where dancing girls and dhol players would come together to form an informal dubar. The celebrations would include wearing the finest outfits by the young, royal ladies of the palace. The dancing girls would collect mango leaves and flowers from the royal garden and place them in a brass vessel. Songs and dance performances would take place that were mostly themed around love and later, the flowers would be sprinkled with red gulal that the girls applied on their cheeks. They were paid for their performances by the royal ladies before they left the palace. Even though none of these practices take place now, the day is considered an auspicious one for wedding ceremonies. Also Read - LEP vs PDB Dream11 Team Prediction Bundesliga 2020: Captain, And Fantasy Football Tips For Today's RB Leipzig vs SC Paderborn 07 Football Match at Red Bull Arena 07:00 PM IST June 6 Saturday

Some communities also worship Shiva and Vishnu on Basant Panchami. They apply a paste on their body before they bathe and then wear yellow clothes to mark the occasion. Sikhs also celebrate Basant Panchami by singing ragas of Basant in gurudwaras and in some places, fairs are also held. Even Muslims celebrate the festival and the celebration is bigger in the dargah of NIzamuddin Aulia in Delhi and other dargahs of the Chishti order.