From Queen to Ae Dil Hai Mushkil, here's a list of movies that were shot in Paris. 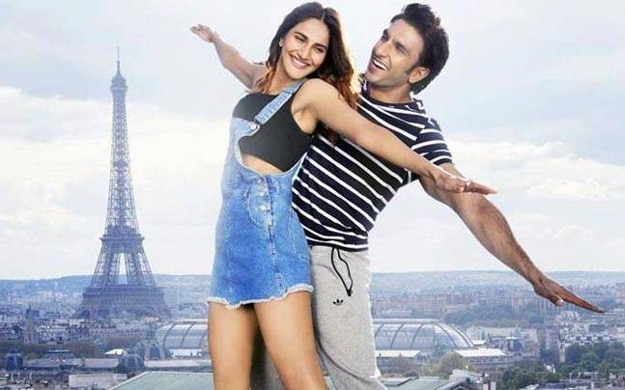 Ranveer Kapoor and Vaani Kapoor have already grabbed enough eyeballs with the trailers and songs of their movie Befikre. Translating to being carefree, the duo seem to be challenging each other to do daring things and seem to have a no-strings attached relationship which is steamy as hell. The promos have already garnered our interest not just because of the fun-loving characters they play in the movie but also because we can see some amazing sightseeing attractions of Paris in the trailer. Almost the entire movie has been shot in Paris and we can’t wait to watch it for this very reason. However, this isn’t the first Bollywood movie to showcase the mesmerizing beauty of Paris, there have been others too in the past. Here are some other flicks that showed us just how beautiful and romantic the city of Paris is and made us go, ‘Je t’aime Paris!’ So before you watch Befikre, catch these other movies that will transport you to Paris. ALSO SEE 5 films that perfectly capture the spirit of Delhi Also Read - GRD vs BGR Dream11 Team Prediction, Vincy Premier League T10 2020: Captain And Vice-Captain, Fantasy Cricket Tips Grenadines Divers vs Botanical Garden Rangers 3rd Place-off at Arnos Vale Sporting Complex at 7.30 PM IST 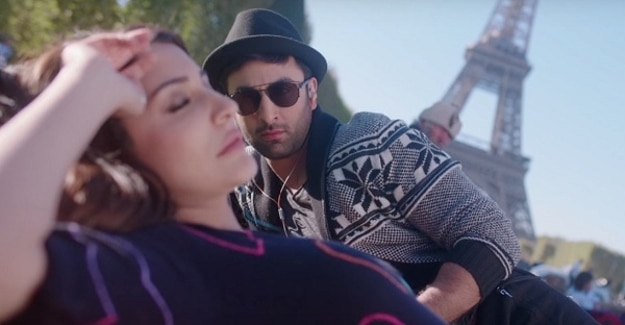 Karan Johar left no stone unturned when it came to Ae Dil Hai Mushkil. He is known for shooting in exotic locales and he kept his promise by taking us to London, Vienna, India and Paris. The Paris bit was definitely fun as we saw Anushka fulfil her Bollywood fantasies by dancing on a snow-covered mountain clad in a chiffon sari with Ranbir Kapoor. Rather than showcasing the usual suspects, we saw a different side of Paris and even an Airbnb room with quirky wallpaper and some its nightclubs. 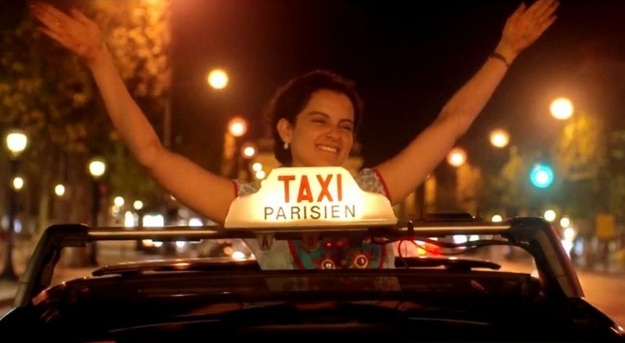 Just like many other women in India, the bride-to-be Kangana Ranaut’s dream was to honeymoon in Paris, the most romantic city in the world. She religiously saved up for the trip every month but all hell broke lose when her wedding got cancelled. However, Kangana fulfilled her dream of seeing Paris by going alone  on her honeymoon. Right from the grandeur of Eiffel Tower to the hotel rooms and French food that most Indians find bland, the movie captured the essence of Paris. It even showed a case of mugging which isn’t uncommon in the city. One of the highlights was when a nightclub here plays an old Hindi song and Kangana puts on her desi swag along with Lisa Haydon. 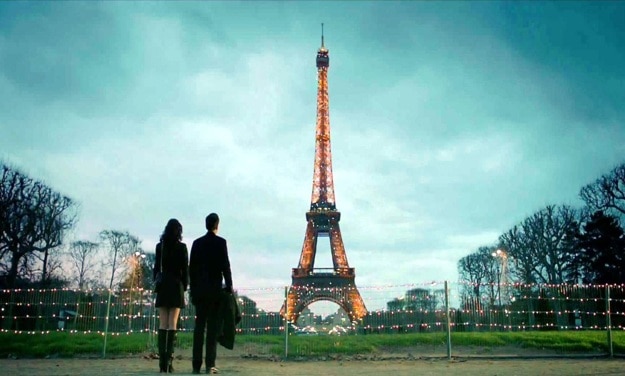 When the name of the film has Paris in it, it is not hard to guess that this is where it is set. Not just that, the entire plot of the movie is set in Paris. The movie was produced by Preity Zinta who even acted in it and was like her comeback film. The movie did not do well at the box office but it showcased the beauty of Paris as it was entirely shot here. If not for the story, watch it to see some of Paris’ most beautiful sights. 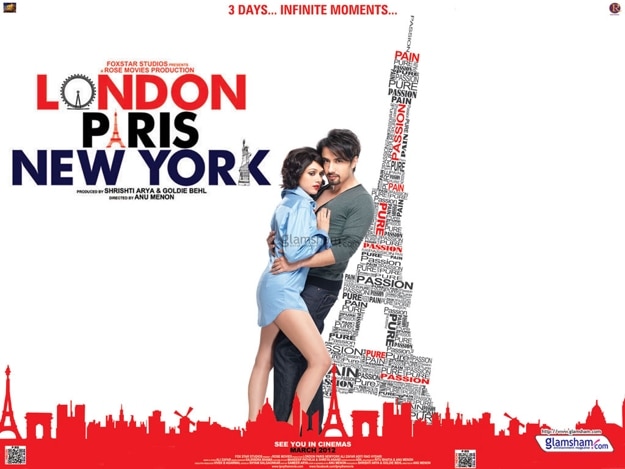 Another film that has Paris in its title. This movie was a love story between Ali Zafar and Aditi Rao Hydari who meet in London, fall in love and decide to meet again six months later. Their journey goes to New York and Paris as well. You will see some hotels, nightlife, sightseeing attractions and vintage shops of Paris in this portion of the film.

While this movie was not entirely shot in Paris, it had a song ‘Ticket to Hollywood’ that was picturized in the city of love. It had Lara Dutta and Abhishek Bachchan dancing around some of the best sights of Paris. Lara Dutta is even seen donning a chic wig that is quintessential Paris fashion with a designer dress that makes her look even more gorgeous. The movie did not do well but its songs were appreciated so if you can’t catch the film, simply watch the video of this song to see Paris.

This fun, young and peppy movie was shot across different locations in India and abroad thanks to its lead character played by Ranbir Kapoor who was a traveler at heart. We saw the north of India including Himachal Pradesh and Kashmir, the west as it was also shot in Rajasthan and then a bit of Paris as well. Remember the song Ilahi from the film? That was in France and Paris and you can even spot the Eiffel Tower. Even though we only see glimpses of the city, they are shot well and used nicely in the song. 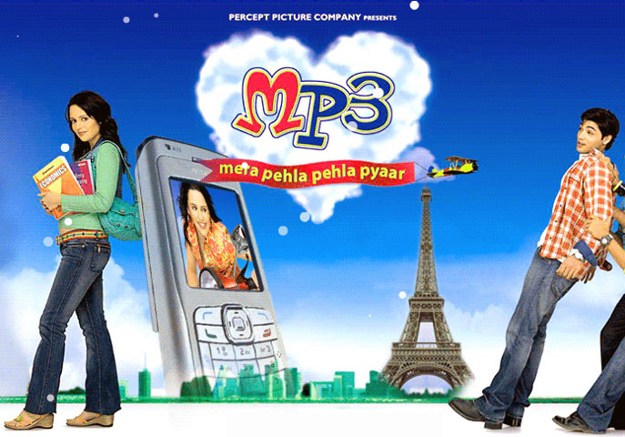 This movie was about teenage love and how a girl and a boy fall in love in school and eventually profess their love in Paris. One of the key points is when the girl tells the boy how she would love to be proposed in Paris next to the Eiffel Tower and in the second half of the film goes their to visit her relatives. The boy surprises her by coming there and eventually proposes her just as she wished. The movie ends with the two kissing with Eiffel Tower in the backdrop. If you love romantic movies and Paris, add this one to your list. It is also called MP3.

An Evening in Paris 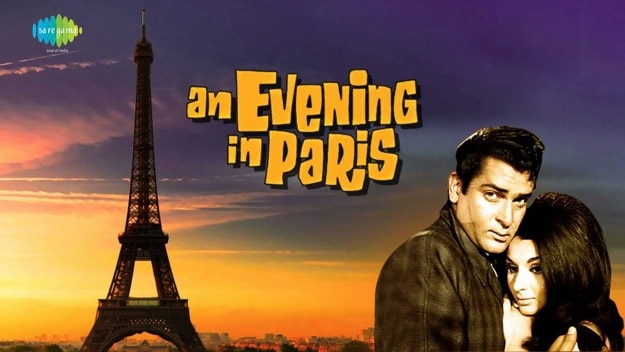 One of the first Bollywood movies to have been shot in the city of Paris, An Evening in Paris had Shammi Kapoor and Sharmila Tagore in lead roles. Paris is an integral part of the plot as that is where Sharmila goes to fall in love after she does not fall in love in India. The movie was a superhit and the fascination with Paris started soon after. It was a 1967 release and even today, Paris is one of the top destinations to shoot in for Bollywood films.

6 films that capture the spirit of Mumbai

5 Bollywood films that will transport you to Goa