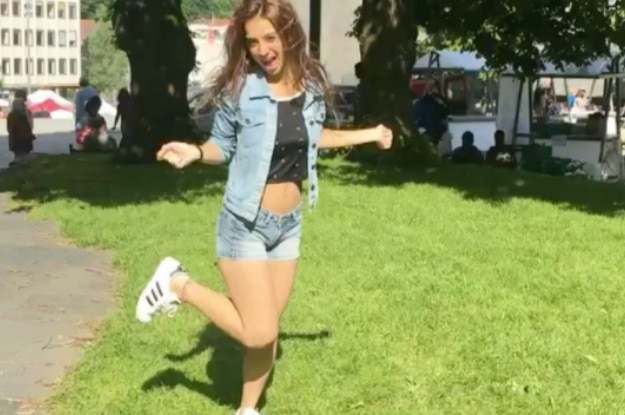 Its back. Bigg Boss is currently in its 11th season in India. Like every year, Indias TV watching population is super excited about the new season. Bigg Boss 11 has a good mix of contestants from various backgrounds. One of contestants who have caught the public eye already is the hot Benafsha Soonawalla. Benafsha first rose to prominence when she was selected for MTV Roadies. She later turned VJ for the show MTV Campus Diaries and has been popular amongst youngsters since. Now, with her entry into the Bigg Boss house, her popularity is bound to increase by leaps and bounds, like has been the case with every Bigg Boss contestant over the years. (ALSO SEE When Lopamudra Rauts hot vacation photos gave Bigg Boss 10 a run for its money!) We took a look at Benafsha Soonawallas Instagram account and found some amazing travel photos. The VJ who hails from Goa recently took a trip to Norway and by the look of it, had a hell of a time. These hot photos of Benafsha Soonawalla living it up in Norway are sure to spark your wanderlust. Also Read - Ahead of Bigg Boss 13 Finale; Shilpa Shinde Exposes Sidharth Shukla, Claims He Abused & Hit Her

Thats a beautiful shot of Benafsha from Oslo in Norway. She does blend in quite well with the tower, doesnt she?

Ye upar kya chal raha hai bhaaai? Jokes apart, I’m really good at these cool touristy pictures. This was a good idea and then a lot of other tourists did the same, and the photographer and director for their pictures was none other than Ben. Thanks. Bye Also Read - Bigg Boss 13 October 24 Episode Highlights: Mahira Sharma, Shefali Bagga, Arti Singh, Shehnaaz Gill Indulge in a Catfight

A post shared by Benafsha Soonawalla (@benafshasoonawalla) on Jul 31, 2017 at 9:07am PDT Also Read - Hina Khan Wins Priyank Sharma's Appreciation With Her 'Tota' Look, Viral Pictures Will make Your Sunday

Enjoying a meal by the street in Norway!

And thats Benafsha flaunting her back in Copenhagen!

A lot of assholes keep commenting on my live saying “babssSsS plizZ show boobs”. So I finally decided to help them out. Its in the wrong area and a little distorted but hope y’all happy now. Don’t ask me again. HurrrrP.S IMPORTANT NOTICE- When you get a tan, you take pictures. YOU TAKE PICTURES. (Actually you take pictures anyway but I just wanted to sound dramatic)

And thats playful Benafsha goofing around in Norways Stavanger

Posing against the backdrop of the magnificent Royal Palace in Oslo!

A stranger once told me when I was in a strange beautiful part of the world, “Travelling my dear, it’s in your destiny. If your eyes are meant to see the world, theyre meant to see the world. But make sure you grab every moment, and make it yours. All yours. Use it like a gift, because it is one.” Here I am, doing what you told me to do, and I’m doing it right. #andIthinktomyself #whatawonderfulworld

A post shared by Benafsha Soonawalla (@benafshasoonawalla) on Jul 5, 2017 at 6:29am PDT

Well, this had to be done!

I bet if this guy vacationed with us the shape of his face would completely change. Although he did laugh in the third picture which immaaa show you guys soon. If we can make him laugh, we really are something. Also, @sanayaa.m You were clearly not supposed to smile. Thank you for living a real life ‘hera pheri and khichdi on cruise’ with me Sanaya. I didn’t know it was even possible to be that happy and laugh so much. Coming back feels like shyyyyyyte. But #tuppppptaaaaapleneka India se #meintohthaaaaaakgaibhaishab India aake #aapkodeekhtanahi #humkoheartattackaayahaibhaishab HAHAHAHAHHHAHAHHAAH FAAAK

A post shared by Benafsha Soonawalla (@benafshasoonawalla) on Jul 9, 2017 at 1:24am PDT

Even the guard couldnt stop smiling with Benafsha being all mischievous around him!

I told you we made him smile. FUG YEAASSSSSSSSSS

A post shared by Benafsha Soonawalla (@benafshasoonawalla) on Sep 9, 2017 at 1:31am PDT

We are sure to see a lot more of Benafsha Soonawalla now that she is part of Bigg Boss 11. Lets hope once she is out of the Bigg Boss house, she travels a lot more and treats us with more amazing photos from across the globe.