Bengaluru Heli Taxis May Soon Fly You to the Airport

Has the Bengaluru traffic got you beat? A new helicopter taxi service could let you fly to your destination. 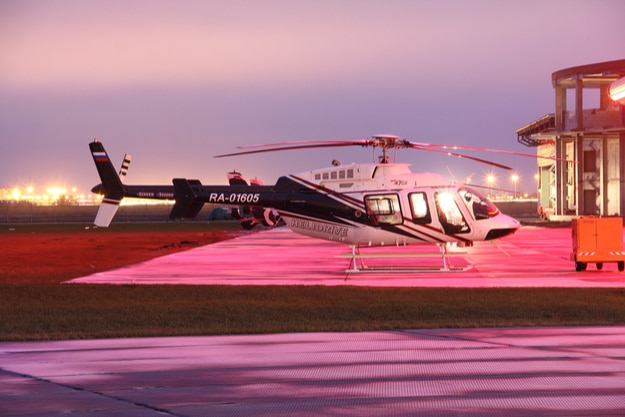 Bengaluru is vibrant and progressive and cosmopolitan and full of life, but let’s face it: the road traffic is a constant challenge. But a new helicopter taxi service, India’s first one, has just been announced by Bangalore International Airport Limited (BIAL) to tackle the city’s traffic woes, at least when it comes to traveling to and from the airport. BIAL is working with Thumby Aviation, a helicopter operator based off Kerala, for the helicopter taxi or heli taxi service to shuttle passengers between the city and airport. ALSO READ: Festivals and Events in India in December 2017 to End the Year on a High Note Also Read - Bengaluru Oncologist Raises Hopes, Claims To Be Close To Discovering A Cure For Covid-19

Right now, it can take anywhere between an hour and a half to nearly three hours to travel anywhere from the city to Bangalore’s Kempegowda International Airport. But with the new heli taxi service, expected to start operating as soon as December 2017, you could probably cut down the travel time to 15 minutes. The service will use Bell 407 helicopters, with just one being pushed into operations for the time being. This helicopter will run the route between Electronic City and Kempegowda airport. Eventually, heli taxis may be available to take passengers to and from the HAL airport and Whitefield. Also Read - Bengaluru Police Will Arrest People With Home Quarantine Stamp if Found Out-of-Doors

A helipad will be set up in Electronic City to serve as the pick-up and drop point for passengers. The service, which was announced on Friday last week, is expected to begin in three months. Jayant Sinha, the Union Minister of State for Civil Aviation, spoke at the launch event, expressing hope that the new service will lead the way for other cities to adopt the same. Each heli taxi will be able to carry up to six passengers. NOW READ: 10 Best restaurants in Bangalore that locals swear by!
Also Read - Coronavirus: Bengaluru Rail Official Suspended For Hiding Her COVID-19 Positive Son in Guest House

An important point to note: the fare for these heli taxi services has not yet been fixed. Thumby Aviation is currently talking to several companies, and says that the price will hopefully be very competitive. Seeing as there is no competition in this space right now, it’s not really clear what that statement could mean. For now, we can only look at AC taxi rates between Electronics City and Kempegowda. For this route, fares are around INR 1,500-2,500. The new heli taxi service would certainly cost more, but the government wants fares to be affordable. We’ll have to wait and see whether that is accomplished.