Bengaluru to Madurai: Check Out How You Can Travel to Madurai by Road

Situated on the banks of Vaigai River in Tamil Nadu, the city is known for its Meenakshi Sundareswarar Temple. 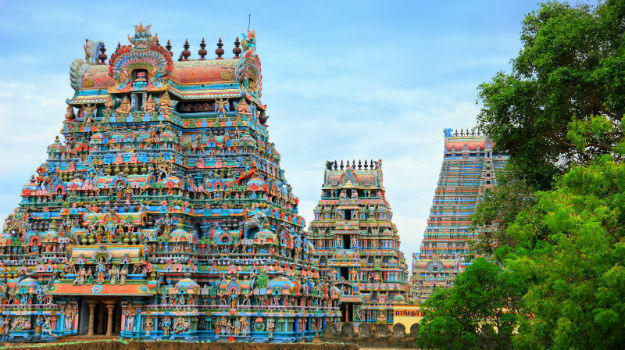 Madurai is the third-largest city in the Southern state of Tamil Nadu. Situated on the banks of the Vaigai River in Tamil Nadu, the city is known for its Meenakshi Sundareswarar Temple. The city is also known for several other temples built by Pandyan and Madurai Nayak Kings in the Dravidian style of architecture. It is one of the oldest continuously inhabited cities in the world. If you are planning a visit from Bangalore to Madurai, heres how you can reach the city.

The distance between Bangalore and Madurai is 434.7 km and it can be covered in 5.5 to 9 hours depending on the route taken and the flow of traffic. There are 2 routes that one can choose from to reach Madurai from Bangalore by road. The shorter route includes driving through NH7. One has to take Langford Road and Hosur Road to NH7. Follow NH7 to Ramasamy Naidu 1st Ln in Simmakkal, Madurai. Turn left at Sri Sithi Vinayagar temple onto Ramasamy Naidu 1st Ln. An alternate route includes driving through NH209.

AC as well as non-AC buses are available between Bangalore and Madurai.